The Horse Is Right, No Matter What

Home > Blog > Books and Film > The Horse Is Right, No Matter What 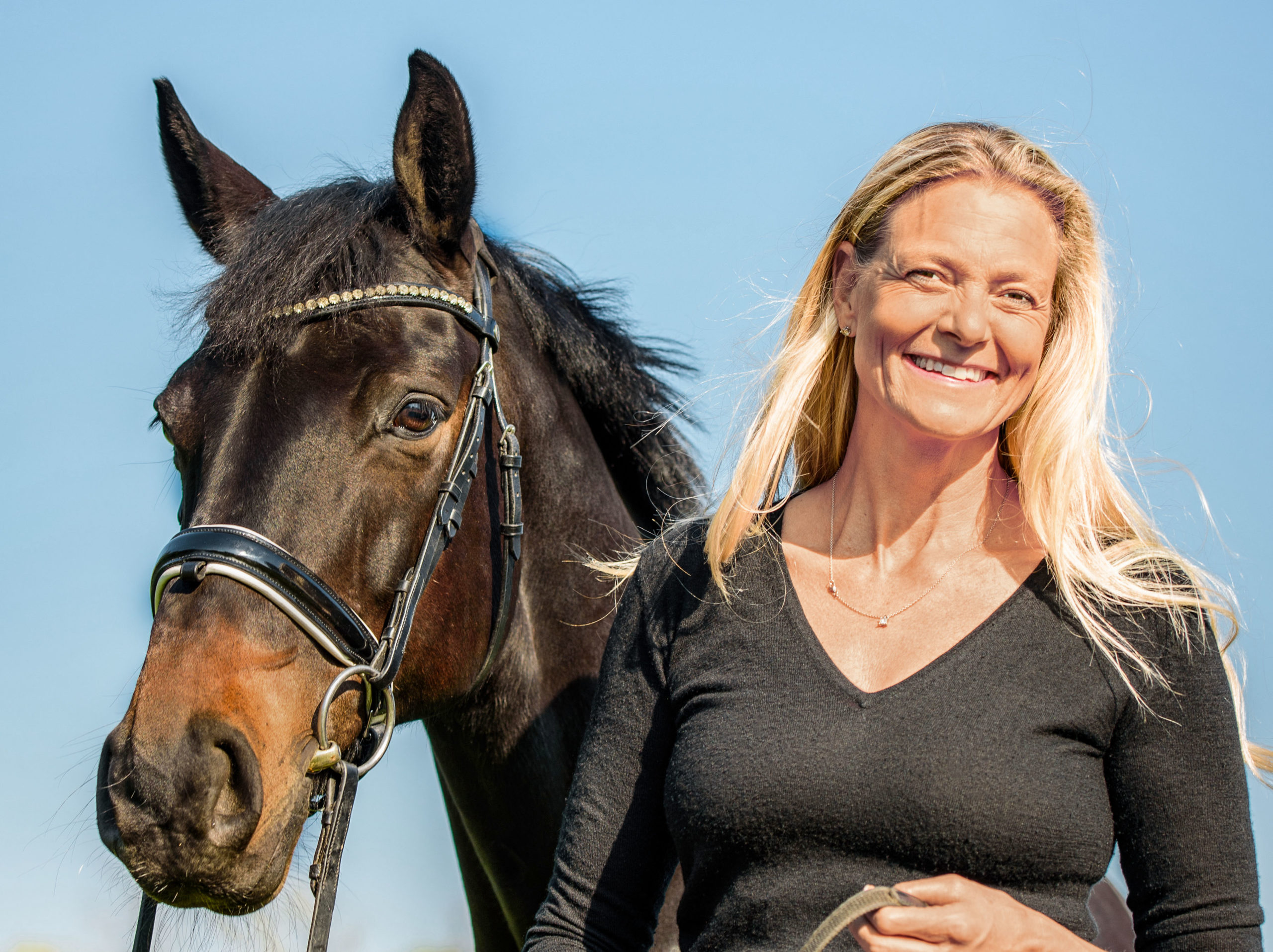 For years, Andrea Kutsch filled stadiums with spectators as she demonstrated remarkable transformations in “problem horses” using the Natural Horsemanship training methods she’d learned from leaders in the field. But something was bothering her—a feeling that had been with her since her childhood days, watching Icelandics in a field and coming up through a traditional German riding system.

Despite the strides made in improving the horse’s well-being through the worldwide adoption of Natural Horsemanship techniques, she knew that the methods were still missing something. They still trained horses looking at every situation from the human perspective and were dependent on a trainer’s natural feel. This meant that, for the horse, there was stress involved in the training process. In addition, positive results gained by a professional often couldn’t be replicated by a horse’s owner; what the horse learned from one person wouldn’t transfer to others.

Kutsch set out to find the next stage in the evolution of horse training. She details some of her research and ideas in this excerpt from her book From the Horse’s Point of View.

I have communicated with thousands of horses by copying their behavior.

For example, I have used the “sending away” that can be observed in horses in the wild. I asked for activity when a behavior was unwanted and offered rest when the desired behavior was shown. I used this as a negative consequence for negative behavior, seeing it as an application that was a further development of the methods of the cavalry school, which tended to use punitive tools to change behavior.

When I began to scientifically investigate horse training methods, it became clear that while communicating with horses like this can work, it doesn’t always. It all depends how much psychological stress the interaction causes the individual horse. Because stress has been scientifically proven to reduce the learning curve, I wanted to do better.

I took my first steps toward improving my methods at a small breeding farm in North Germany. I investigated which of my gestures instinctively triggered a certain behavior in the horse (these were not gestures where I copied a horse or imitated the lead mare, but human gestures. I am human and nothing can change that.) I went into the round pen with hundreds of horses, opened my hand, and looked directly into the horses’ eyes to see whether this gesture would naturally cause them to move away from me. Sometimes it worked; sometimes it didn’t. It depended on what I call the horse’s internal “map”—what he had already learned in his life so far and on which information he had stored. When I opened my hand and looked straight at him, a horse might not move away from me; he might just look at me. But he might also run away at lightning speed. The key is therefore mutual encoding and decoding of gestures and signals.

How Do Different Horses React?

The process of interspecies communication with horses means observing and understanding which behavioral responses an individual horse gives to which of my gestures and signals—that is, how does he decode the gestures, from the very first moment I meet the horse, whether in the round pen, in the indoor arena, or in the stable.

The horse is right no matter how he behaves, because messages are created by how recipients decode them. A horse who, for example, has been longed a few times or maybe even longed his entire life in a halter, cavesson, or bit, is supposed to move away and walk in a circle around the trainer or he will be tapped or given a visual stimulus with the longe whip. (Note: I never recommend single-line longeing.) This horse, then, will respond with a flight response or by moving away when I go with him into the arena or round pen. This is a conditioned, trained behavior. If the horse is used to coming into an arena or round pen to practice standing still or staying with the trainer, he will have learned not to move away immediately. If in doubt, this horse will just keep standing in response to my open hand and direct gaze. He might look at me with a noticeable question in his eyes because he doesn’t know what he is supposed to do. The most important thing when this occurs is to be clear about what I am asking of the horse. I have to be aware of this and use it to guide the rest of my actions and my training plan.

Basically, everything we do with horses is against their nature. Or rather, they are human ideas that horses would never come up with: Wearing a halter, standing tied, or walking into a trailer and not being able to get out, especially as a flight animal with no means of escape. Jumping fences in an indoor arena, “dancing” in a dressage test, jumping through flaming hoops in a horse agility course, or cantering through the countryside on a Saturday morning—none of this is part of a horse’s natural behavior. Horses wouldn’t choose activities of this kind because many of them are totally against their natural behavior patterns. From the horse’s point of view, these activities are a needless waste of energy that take them away from the safety of the herd and could put their life at risk.

The horse’s genetics can of course be part of the equation, but the training exercises that we use in order to bring about long-lasting behavioral changes are purely attributable to learning. We “call the tune” and we can each decide what we want horses to do for us. We can teach them anything we can think of.

Against or In the Nature of Horses?

No one type of riding is better, more beautiful, or healthier than another, and no one discipline deserves to be attacked by supporters of another. Everything should be looked at individually. Horses basically have to learn everything that we do with them. They have to understand that we have thought up these exercises for them. They live with us in the environment we put them in. We determine their life, their future, and their existence. Whether the way they are kept and used is in or against the nature of horses, must be examined in each individual case. Scientific thinking is always based on fact. If the facts say that a horse is suffering, we need to make changes in the interests of his welfare. Obviously not every competition horse is suffering, just as not every field-kept horse is content. If we consider this question from the horse’s point of view, things will be better for the horse because he has a better chance of responding to our objectives.

This excerpt from The Horse’s Point of View by Andrea Kutsch, reprinted with permission from Trafalgar Square Books (www.HorseandRiderBooks.com).