What’s This Thing “Working Equitation” That Everyone Is Talking About?

Home > Blog > Books and Film > What’s This Thing “Working Equitation” That Everyone Is Talking About? 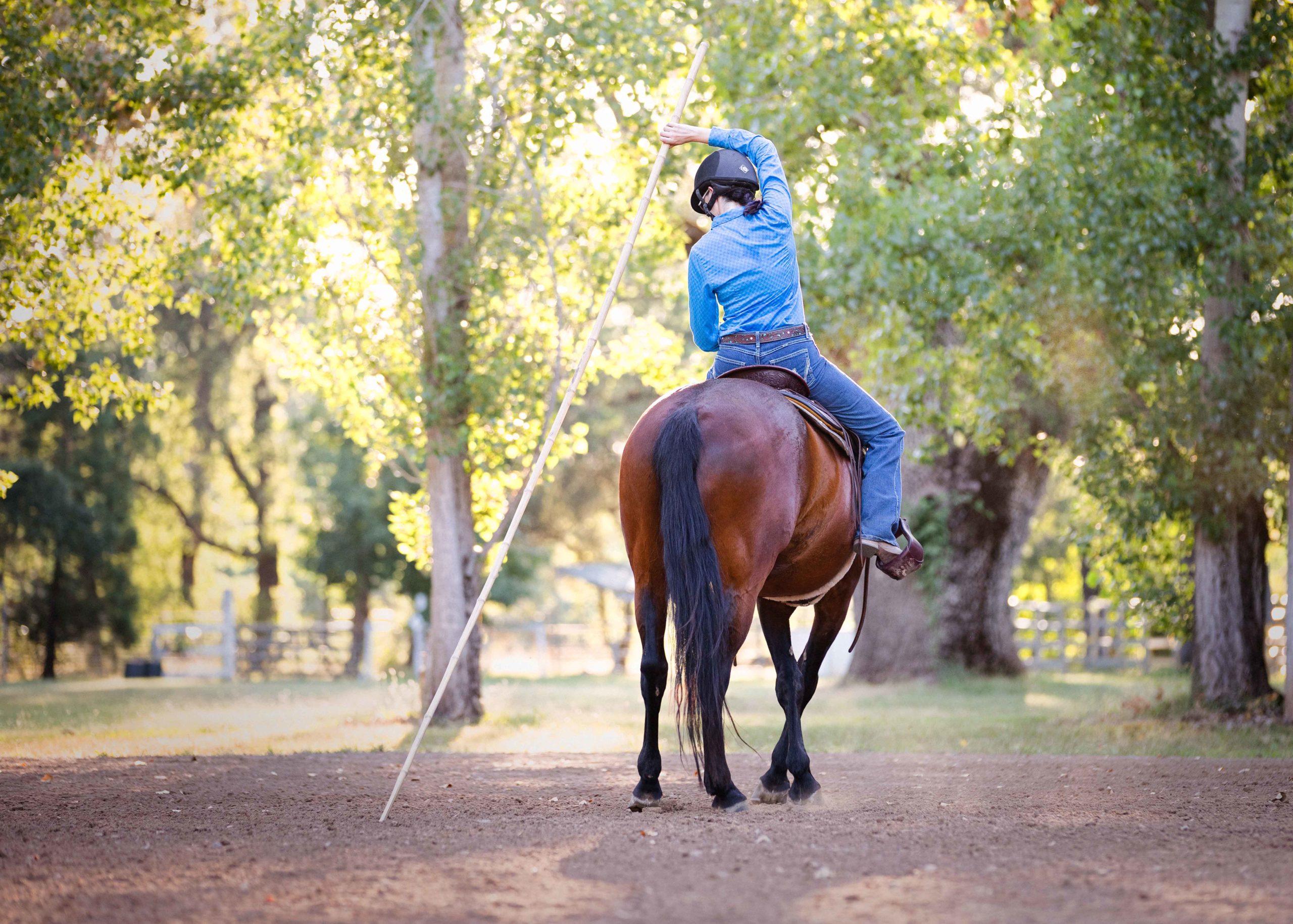 When you’ve been riding horses for as long as you can remember, there comes a day when you wake up and say to yourself (or your horse), “What’s next?”

Sometimes the bloom is off the rose when it comes to the discipline you’ve specialized in your whole riding life. Sometimes you have a horse who seems to be telling you he’d really like to be doing something other than trot in 20-meter circles or lope at a speed most could walk faster than. Sometimes you just want to add some variety to your daily training that will keep both of you growing as partners and performers.

Working Equitation is relatively new to the United States—horsey folks have been aware of it for some time, but it has only been relatively recently that you could find clinics and competitions dotted across the country. The cool thing about it is it is a discipline that can be supplementary to whatever you and your horse like to do together…or, it can become an obsession all of its own.

In her book The Working Equitation Training Manual, trainer and competitor Ali Kermeen explains a little about the growing sport and then provides over 100 exercises for getting better at it. Here’s her handy primer to get you started.

The sport originated in Europe, with the first European Championship held in 1996. France, Italy, Spain, and Portugal were the participants in that first championship, and the sport of Working Equitation is based on the way horses are used on farms in those countries. In the Obstacle Trials (Ease of Handling and the Speed Trial), the core obstacles are derived from the skills needed to manage livestock in those parts of Europe. The iconic Working Equitation pole present in several obstacles is based on the garrocha pole that Iberian cattlemen use to work cattle.

Working Equitation quickly spread to the rest of Europe, and in 2004, the World Association for Working Equitation (WAWE) was established. Many countries now have their own national organizations for governing Working Equitation competitions. Participants and their horses compete in the saddlery and dress traditional to their country. Some countries, like the United States, don’t have a traditional uniform style, so competitors may choose the type of tack and attire that best suits them.

Competitions are open to all breeds (including mules and donkeys), and all styles of riding. It is just as common to see a competitor performing the Dressage Trial in a Western saddle, as it is to see someone circling a drum in an English saddle.

Many countries only offer one level of competition: Masters. Other countries, including the United States, Canada, United Kingdom, and Australia, offer many levels of competition suitable to horses and riders in different phases of training. Each level has its own dressage test and requirements for performing obstacles. Some of the terminology and requirements are different outside the United States.

Working Equitation competitions have up to four Trials, which can be held on one day or over multiple days. These are: Dressage; Ease of Handling; Speed; and Cattle. In order to score well in the Dressage and Ease of Handling trials, the horse must demonstrate dressage fundamentals. He should have a round frame, be in uphill balance, and light to the rider’s aids. These attributes also make a more competitive horse in the Speed and Cattle Trials.

The Dressage Trial is similar to a standard dressage test but designed to prepare horses and riders for the obstacles that are to be performed in the Ease of Handling Trial. Each movement earns a score from 0 to 10. There are additional points given to the collective performance. When the rider makes an error, five points are deducted. A rider is allowed two errors in the dressage test; the third error is cause for disqualification from the Trial. Disqualification from the Dressage Trial does not eliminate the competitor from the remaining Trials of the competition.

To score well in the Dressage Trial, the horse should be balanced, straight, obedient, and relaxed. He should have a manageable level of energy sufficient to be useful while working livestock. The horse should be in a round frame, with bend appropriate to the line on which he is traveling, and he should move with pure rhythmical gaits. When a movement is called for at a specific letter marker, the horse should perform that movement exactly when his rider’s leg is at the marker.

Ease of Handling is an obstacle course that is judged in a similar manner to the Dressage Trial. The same principles of bend, balance, relaxation, energy, regularity, and obedience that were called for in Dressage are also called for in Ease of Handling. Each obstacle earns a score on the same 0 to 10 scale as the Dressage Trial, and additional marks are given to the overall performance.

There are 19 obstacles recognized by WAWE. Each country’s governing body generally recognizes a few more obstacles that are specific to livestock work in their country. Some obstacles have variations, and some are performed differently at each level. In Ease of Handling, each level has different expectations in line with what is asked for in the dressage test at that level.

The Speed Trial is an obstacle course that is objectively against the clock. The dressage principles used in the previous two trials are not judged in this trial, but you need to hold on to them for your horse’s emotional and physical well-being. Time penalties are added for mistakes in the speed round.

This excerpt from The Working Equitation Training Manual by Ali Kermeen is reprinted with permission by Trafalgar Square Books.