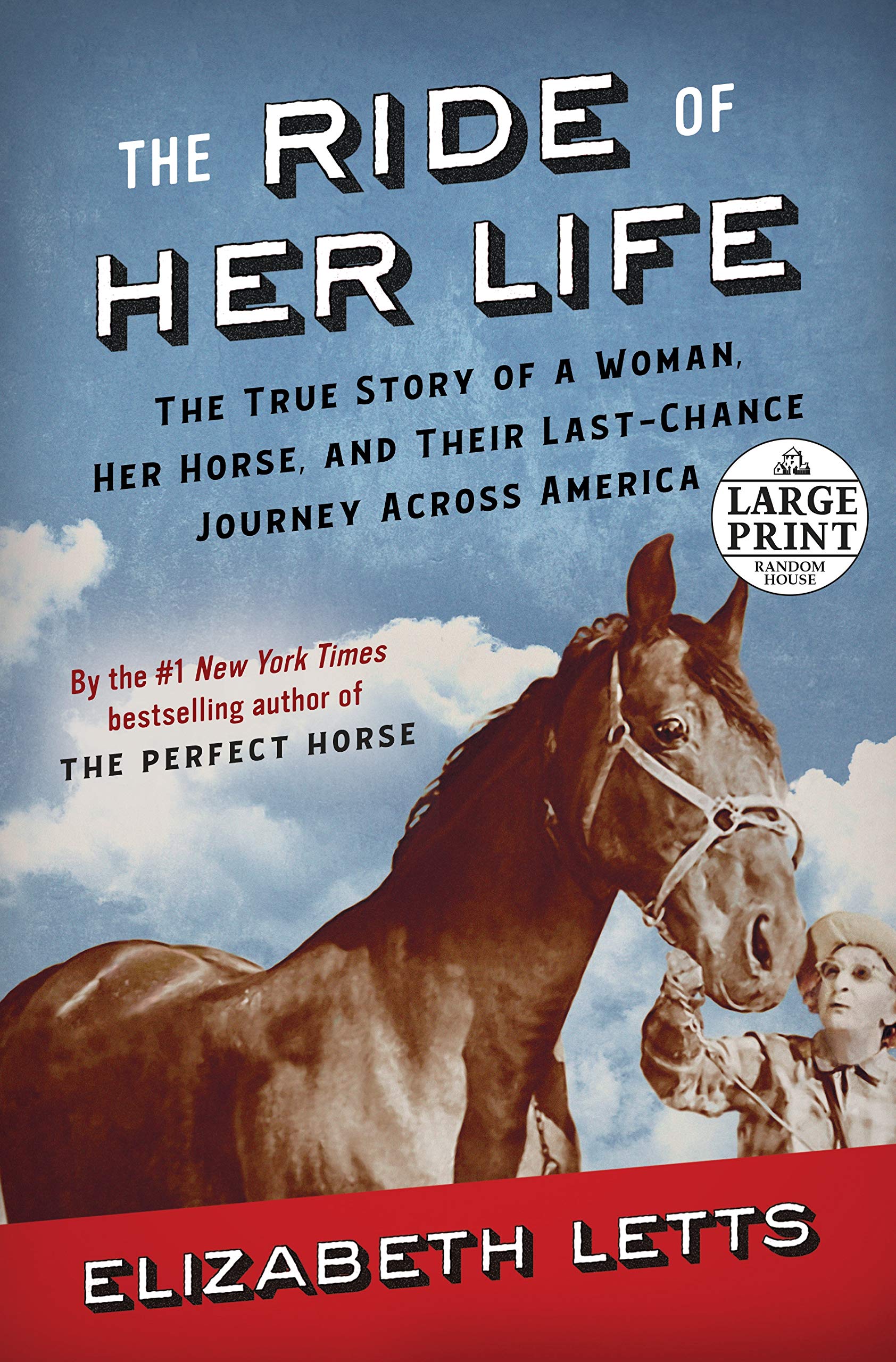 If the horse lover in your life has a bookshelf, it probably has at least one volume written by Elizabeth Letts.

The author’s first book, 80 Dollar Champion—about Snowman, the gelding saved from slaughter who became a world-famous show jumper—was a New York Times Bestseller. Her second book, The Perfect Horse, tells the well-trod story of the famous rescue of Lipizzaner stallions in Austria during World War II, reframing it for a modern audience.

There are other books about both Snowman and the rescue of the Spanish Riding School, yet what sets Letts’s versions apart is her ability to seamlessly weave narrative and research together, creating tomes that are absolute page-turners. She is foremost a storyteller, and flexes her talent once again in her latest horse book, The Ride for Her Life: The True Story of a Woman, Her Horse, and Their Last-Chance Journey Across America.

In The Ride for Her Life, “Jackass” Annie Wilkens, a rugged Maine farmer, loses her home and is given only two years to live. To make the most of her time left on earth, she buys a horse, loads up her dog and camping gear, and sets out for California.

There are many stories about the rolling stones among us, lionhearted folks that saddle up for 1,000-mile adventures. Some of them have even been featured here on Horse Network (think: Distant Skies by Melissa M Priblo Chapman, and Lady Long Rider by Bernice Ende). What makes The Ride for Her Life different is how Letts uses Annie’s story as a framework to explore larger concepts: how the United States transformed from a land of small towns and rural roads to one of gleaming highways and suburbs.

Protagonist Annie departs for her adventure in 1954, four years after the period that scientists call Anthropocene, or the era where fossil fuel consumption and nuclear energy can first be identified in the fossil record. Not all scientists agree about this moment of change, but Annie saw it with her own eyes. After she left rural Maine and headed south, she found herself dodging semi-trucks while riding along an expanse of freshly paved highways. TVs were replacing radios, and she often found herself sleeping in newly built neighborhoods outside of cities.

The old world and the new butt up against each other along Annie’s journey in different ways. The rider was often invited into strangers’ homes for the night, and many even told her that she could stay for good. The generosity of those she encounters, Annie realizes, is as marvelous as the natural wonders she experiences along her route. Hospitality like this was once considered common culture in the U.S. Yet although there are still many generous people today, the rise of TV news, Letts explains, led to a change in the American imagination, with a fear of strangers entering the national awareness.

Homelessness and the idea of the “tramp,” or migrant worker, of the 1930s are also ideas that Letts meditates on throughout the book. Annie’s equine companions, however, set her apart from other individuals who lacked a permanent address. Her two horses are Tarzan, an opinionated Morgan, and Rex, the gallant Tennessee Walker. In the same way they charmed those Annie meets along the way—from the Appalachians to the Rockies—the two geldings are sure to capture modern readers’ hearts, becoming beautifully realized characters on the page.

The Ride For Her Life is a much humbler tale than Elizabeth Letts’s first two horse books, but just like them, there are sure to be tattered copies left behind on equestrian bookshelves everywhere.