Torkkeli and Moreira Laliberté Get their Shot 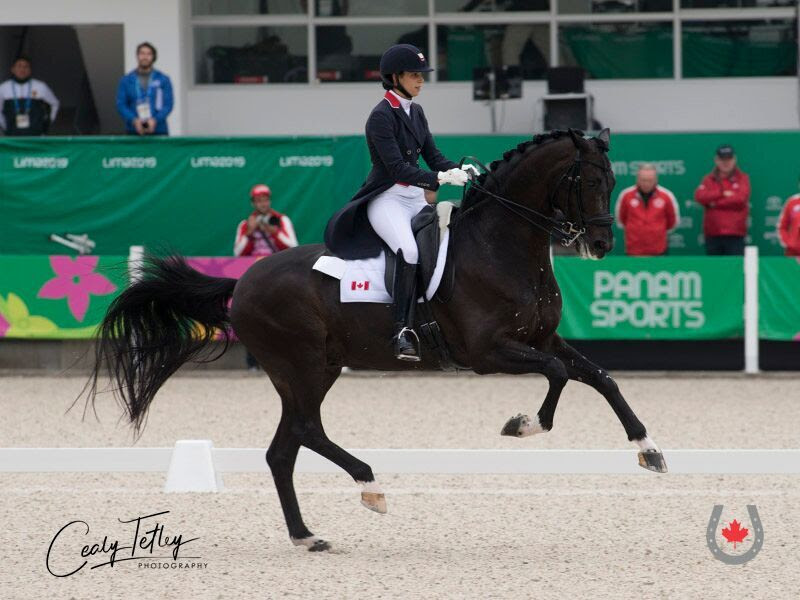 In a sport where senior citizens routinely compete on the international stage and middle age is often considered the prime of an athlete’s career, Team Canada is sending decidedly greener faces to the Dressage World Championship this August.

Rookies Naima Moreira Laliberté and Ryan Torkkeli have been tapped to ride for the maple leaf at the ECCO Fédération Equestre Internationale (FEI) World Championship in Herning, Denmark. At ages 25 and 39, respectively, the pair has one championship under their belt between them.

But that’s not daunting Canadian hopes.

“Naima and Ryan have been competing and performing strongly throughout the season and will represent Canada well at the ECCO FEI Worlds in Herning, both athletes although rookies to the world championships have the composure and training to perform to their best,” said James Hood, director, high performance at Equestrian Canada.

His confidence is not unfounded, either.

Moreira Laliberté is a born performer. The daughter of Cirque du Soleil founder Guy Laliberté, she had a starring role on Canada’s junior team, medalling at every North American Youth Championships between 2012 and 2015 and taking home team gold (twice) and an individual gold.

With Statesman, her U25 mount, Moreira Laliberté made her senior team championship debut at the 2019 Pan American Games in Lima, Peru where Canada won team gold. She was the highest-placed rider in both the Grand Prix and Grand Prix Special at those Games, posting personal bests in both. More impressive still: it was her first season doing Grand Prix.

Originally from Thunder Bay, Torkkeli relocated to the mecca of dressage that is Germany at age 20 to work with American Grand Prix rider and breeder Catherine Haddad.

For the past two decades, minus a six year stint in California, he’s competed extensively in Europe, but it wasn’t until 2021 that he got his international break. Partnered with the Rhinelander gelding Sternenwanderer, Torkkeli did his first Grand Prix in March 2021 at Darmstadt, GER and his first international Grand Prix in May in Munich, GER, posting 68.804%. Come September 2021, he earned the “German Riders’ Badge in Gold” in Hagen for having achieved 10 S-level victories and rode for Canada in the FEI Nations’ Cup at CHIO Aachen where the two scored 69% in the Grand Prix and Special. The pair has more percentage points to offer too, regularly cracking 70-71%.

The Dressage World Championships will be held August 6 to 10.