May Horses Bridge the Gaps that Divide Us

Home > Blog > Opinion > May Horses Bridge the Gaps that Divide Us 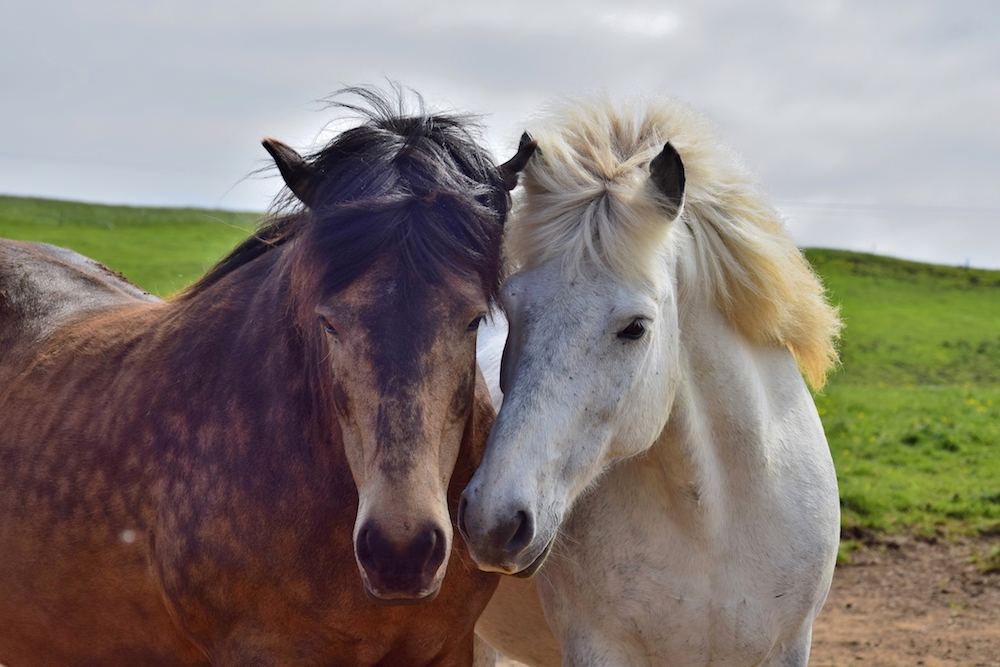 “I imagine one of the reasons people cling to their hates so stubbornly is because they sense, once hate is gone, they will be forced to deal with pain.”

One of the gifts of my life with horses is that it has forced me out of the echo chambers where many Americans live. A number of the horsewomen and men in my life don’t just disagree with me about politics, they hold polar opposite views.

Because I was able to help load the trailer, lift feed bags, lounge the two-year-old having a temper tantrum, and gleefully get covered in mud, I became one of the family despite my differing views. Because the horse people in my life fed me, forgave me when I made mistakes, and thought I was cool, they became part of mine—the language of horses breached our differences, big and small.

I had a deep pride in these connections for a long time; often I still do. I loved this idea of being a bridge person, a fence walker, a person who could switch in and out of different lives and values to see the beauty in complicated things.

Like learning to ride, I knew that growth came from discomfort, and I wanted my mind to burn with understanding the same way my legs did when trying to learn something new in the saddle.

Yet even I wanted to hide in my ideological bunker after the news broke that a group of people violently pushed past police to break into the U.S. Capitol as congress certified the electoral votes for incoming President Joe Biden.

I felt sharp jolts of grief and betrayal. I felt hopeless, lost, angry, and embarrassed that the rest of the world was watching us splinter into little pieces. Helpless paralysis seized me the same way it had when a friend’s warmblood pinned me with his behind to the side of a stall.

But in the chaos of my emotions, a strange recognition fluttered through me.

Many of the men in the photographs wore clothes that I, too, owned. Beat up Carhart’s, boots and flannel. All the things that I had fed horses in, gone to county fairs in, and wore when a dirty job needed to be done. I stopped seeing monsters, but humans in pain committing monstrosities. Breaking windows, threatening violence and disrupting the process of democracy was less frightening than examining their own agony.

Yes, those who broke into the Capitol should be held accountable. However, if there is one thing that the events of the first week of January and even the past four years has made apparent, it is the pain and inequality smoldering in our country since its founding.

The injustice experienced due to race, gender, social class, and where we live is now on full display in a way that is impossible to ignore. While some have faced injustice their entire lives, many have never had to. Many have never been taught the emotional skills to face it, and many don’t even know where to start. Yet now we must.

How do we start talking about inequality and history if the subjects are so fraught? And what the heck does this have to do with horses?

One way is by looking at our community.

Hannah Arendt, a philosopher who escaped the Nazis, noted that loneliness is both a symptom and a cause of extremism. Loneliness can make it hard to think critically and make decisions. At its worst, it can calcify a toxic tribal mentality and even make us physically ill.

It’s a common reality of these times, too. Even before the COVID-19 lockdowns and social distancing loneliness was on the rise and considered a serious health concern by the Center for Disease Control.

Loneliness itself isn’t being physically alone. Rather, it is a lack of belonging—the feeling that one’s experiences and perspectives are not shared. In extremes, it is the sense that no one cares or that they are superfluous or a burden to the world around them.

Tied with a sense of loss and helplessness brought on by the pandemic and a dramatically shifting world, loneliness can be a catalyst for destruction.

One of the beautiful things about horses and American horse culture is that it can often serve as a sledgehammer to loneliness and misunderstanding. Not only do we feel connected to the animals we love, but they provide a commonality that creates community.

If I think someone is a good horseman, I know that I can often lean into the discomfort of disagreeing with them. I know the same grace has been given to me as well.

It is also harder to dismiss or even hate someone we have a relationship with, and I have found this in the barn.

I do not think that having hard conversations with horse friends and  holding each other accountable is the holy grail of civic engagement. There is much to be done and much to be reckoned with.

Instead, I believe it is one stride in the course of change. Every word is another crack in the wall of silence that maintains the status quo. A status quo that can no longer go on.