Why We Measure Horses in Hands

Home > Blog > History > Why We Measure Horses in Hands 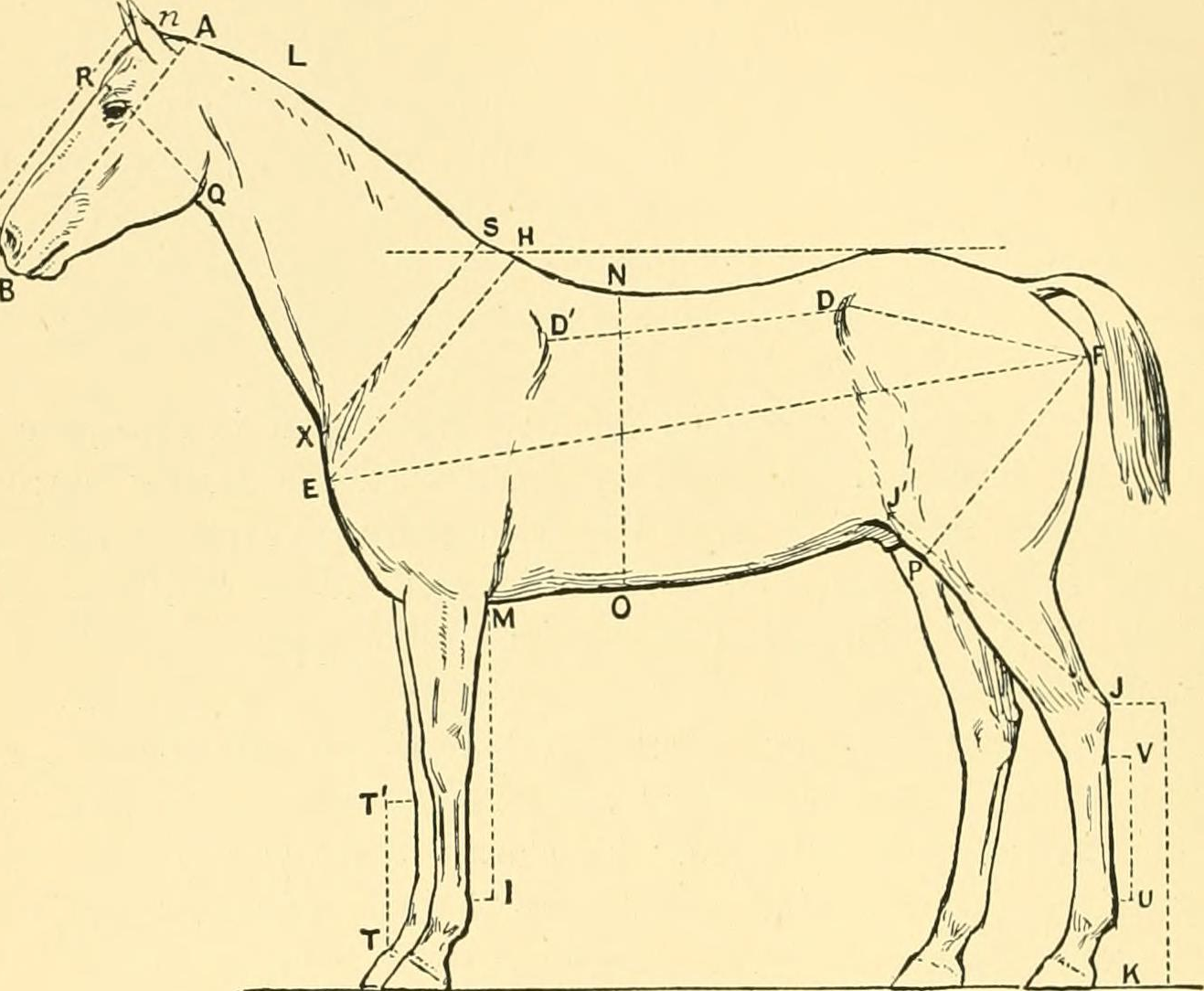 Fifteen years on and I still remember the moment my boss spouted out that gem. She was a woman working in a man’s world and she assured me it is good practice to throw the men off-kilter from time to time, which I suspect she managed to do.

This, once again, is one of the many peculiar terms found in the horse world. I always thought King Henry VIII was the one to blame for this curious method for measuring the height of a horse, but as often is the case, I was wrong. But I’ll get to that.

Anthropic units—that is, the length of certain body parts—was of course how people quantified things thousands upon thousands of years ago. It seems like such a foreign concept but without a measuring tape, you are left with few options. We do it all the time when walking courses and we certainly do it when we’ve left the meter stick in the barn. Surely, you’ve said to a friend, “The jump is the same height as my knee. My knee. Well, just a titch above. I’ll find the meter stick when I get into the barn.”

The hand measurement has been around since 3,000 B.C. or so, when the Egyptians and other ancient cultures used their body parts, seeds and other such readily accessible items as a form of measurement. The hand is the breadth of the palm including a closed thumb. Back then, people were smaller and the measurement equalled approximately 3.70 inches and was used for far more than determining a horse’s height.

King Henry VIII (1491-1547), a once handsome and well-cut figure of a man with sexy calves who later turned rotund and angry, is best remembered for creating the Church of England, having six wives, beheading two of them, his love for jousting and his ever-expanding waistline. His crankiness and weightiness are believed to be the result of a jousting accident that left him in substantial pain, most notably in his legs, which he endured to the end of his days.

It was he who standardized the hand to mean four inches.

Out of curiosity I measured my hand, thumb included, and I am happy to report that Henry VII and I have the same size hands. Nothing makes a woman feel daintier and cuter than matching body parts with a noted obese tyrant, but such is life.

In the 1500s Henry VIII put a great deal of effort into breeding horses, mainly for the purposes of war. Kings for centuries before had specialized breeding to a degree, but Henry VIII cranked it up a notch. He imported horses from Italy, Spain and Turkey in an effort to improve the English stock as he dreamed of restarting the Hundred Years War against France, as his hero Henry V (1386–1422) had once done. After all, what better way to honor your hero than a vicious onslaught of melee-style combat that should hopefully last, fingers crossed, for one century?

In order to accomplish this feat and do it well, he and his men needed great horses.

Several Acts were passed over the years to preserve and improve upon the English equine fleet. The size of horses was of particular importance and the Breed of Horses Act of 1535 stated that a broodmare must be at least 13hh and may only breed to a stallion greater than 14hh. Hard to believe these men were riding ponies, but everything, as I said, was smaller back then.

Henry VIII created the Horses Act of 1540 in his usual callous manner, which ordered any horse that did not or would not reach a certain height to be killed, and this, I suspect, is the why he standardized the hand measurement.

Thankfully, horses today are allowed to be any size. The FEI, however, has veered away from the hand and has us measuring our horses and ponies in centimetres from the ground to the top of the withers.

The hand is subdivided into quarters, which is why a horse is never 15.4 hh, but rather 16 hh. As each quarter is an inch, I can see why the FEI has brought the metric system on board as every centimetre counts when measuring ponies.

And there you have it. Horses in hands go hand in hand. I hand it to Egyptians and Henry VIII for riding out the hand measurement so we too could enjoy an alternative to the measuring tape.