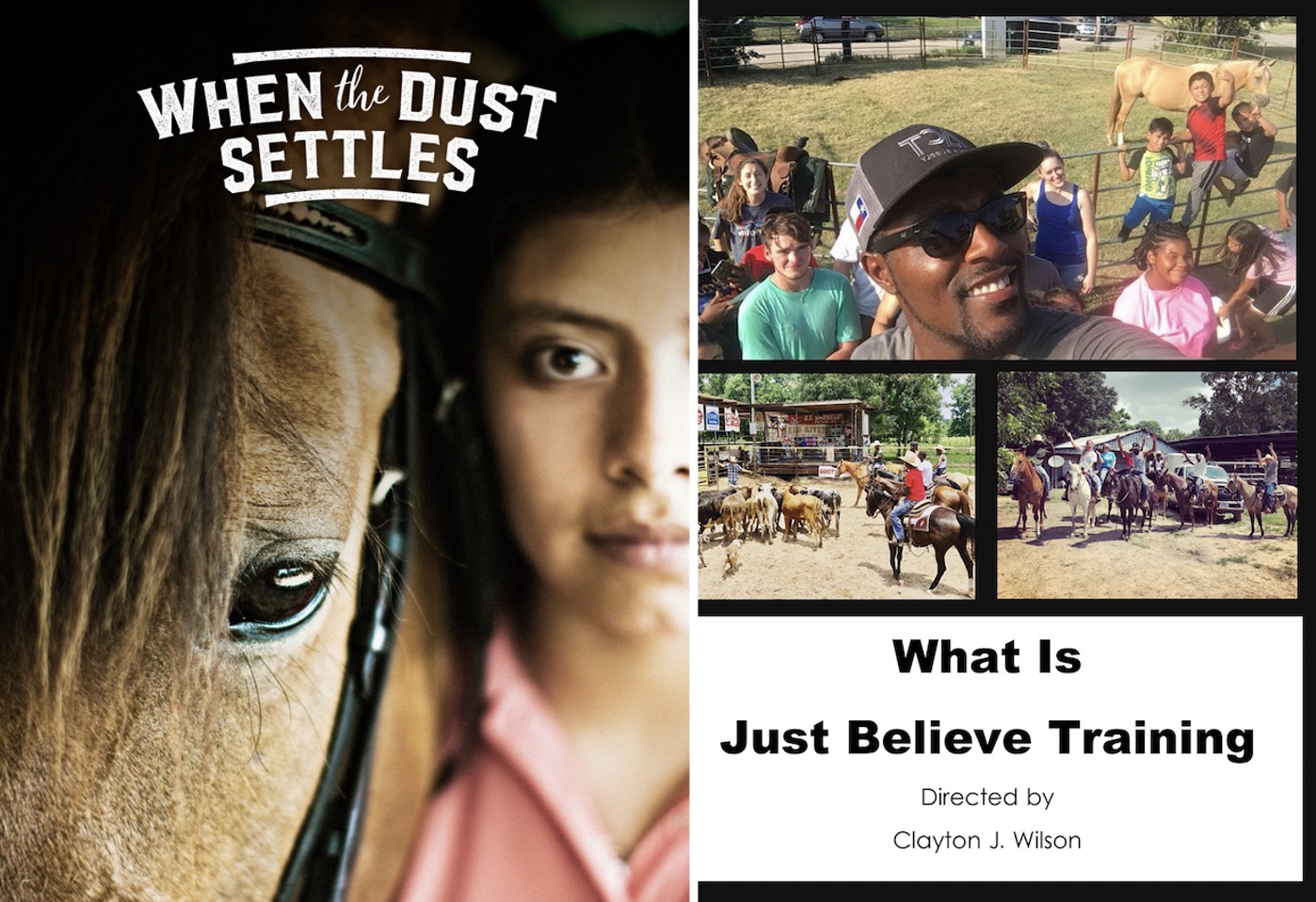 When I was young, my parents could use horses to bribe me to do anything.

If they needed me to clean the bathroom, the promise of a trip to go ride would do it. If they wanted me to drive my brother to soccer practice, I would if I could also use my dad’s work truck to drive to the barn.

Horses were the magic key to my heart—and my service. As they are for many other young people as well.

What is Just Believe Training

12:00 minutes / Directed by Clayton A Wilson

Jamon A Turner grew up in Denver and, as a youngster, would spend every second he could at his grandfather’s farm near Pueblo, a rural town 120 miles outside the city. As an African American city kid, whose heart belonged in the saddle of a horse or clinging one-handed to the back of a bucking bull, he always felt as if he never fit into the boxes that people tried to put him in.

Now Turner has taken what he learned as a perpetual outsider and given it to the children of Haughton, Louisiana. With Just Believe Training, created in 2018, he brings young children to his farm to teach them horsemanship. He also brings horses to children. Turner regularly drives his trailer full of horses into nearby neighborhoods where kids line up to be shown how to lead and ride. What is Believe Training is beautifully shot, and the connection Turner has with his pupils, horses, and community, floods the scene with dynamism.

When the Dust Settles

Started by Dr. Susan Wells, director of Coke A Cola Consolidated, Mustang Leadership Partners takes teenage girls from underserved parts of Chattanooga Tennessee and teaches them about horses using Mustangs adopted from federal land. Together with the help of a variety of teachers, trainers and mentors, girls and wild horses learn structure, compassion, problem-solving, and self-worth through once in a lifetime partnership.

When the Dust Settles is the 2017 documentary about Mustang leadership partners that threads together the narratives of the mustangs with the stories of the girls who blossom in the program. Listening to the young women come to life as they talk about their experiences with horses is a balm for the soul.

A Girl and Her Horse

A Girl and Her Horse is the portrait of a young rider named Tyler and her paint horse, Reggie. Among the yellow desert mountains of Nevada, Tyler became a passionate equestrian at age two. Still, it was long lanky Reggie who became Tyler’s guardian angel as she grew into adulthood and developed anxiety and depression. Throughout her battle with this common but often debilitating diagnosis, her horse has been by her side. Tyler notes that she often talks to him when she does not want to talk to anyone else.