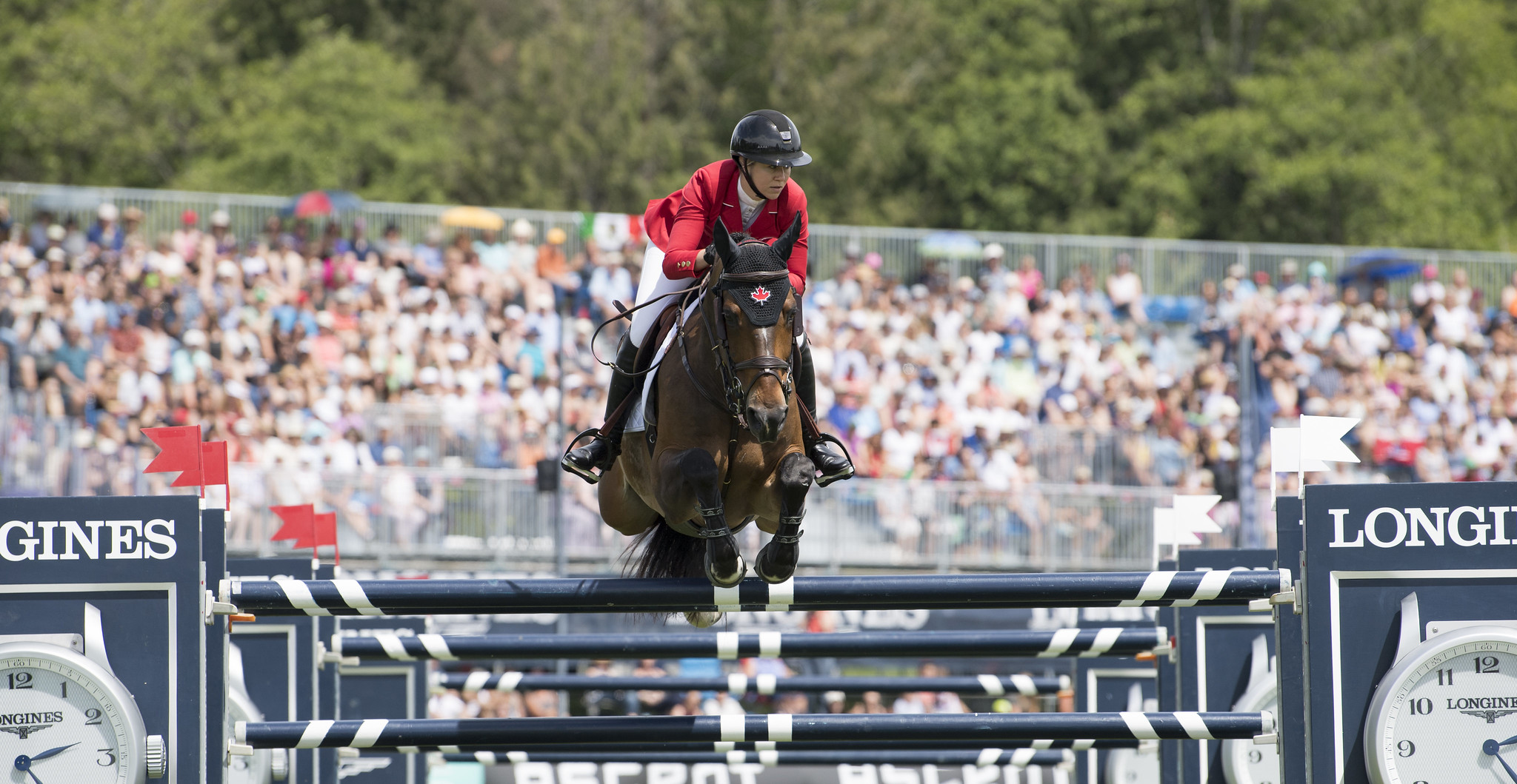 Canadian show jumper Nicole Walker is having a bad day.

The worst kind of day for a national team member.

The 26-year-old, Canada’s leading jumping rider at the 2019 Pan American Games, has been provisionally suspended by the FEI following a positive drug test in Peru for Benzoylecgonine, a metabolite of cocaine and Prohibited Substance under the World Anti-Doping Agency (WADA) Code.

Walker collected team and individual fourth place finishes in her championship debut in Lima. Her scores at the Pan Am Games were instrumental in qualifying a Canadian team for the 2020 Olympics.

Now that invitation hangs in the balance.

If the suspension is upheld, Canada will likely lose their team qualification for Tokyo and the team’s Own the Podium funding.

The Ontario-based rider expressed her shock over the test results in social media posts on Facebook and Instagram:

“I was shocked and devastated to hear about these results. I do not use illicit drugs, ever. Whether in Peru, or in any competition setting for that matter, I am always fully aware of the possibility of being tested and would never expose myself to any substance that could test positive. My Canadian teammates, my team in the barn, our horses and I, have all put a lifetime of effort towards an Olympic goal and I would never do anything to jeopardize that for my teammates or for myself. I’m extremely grateful to everyone for their support and to my teammates for standing with me,” said Walker.

So why were there cocaine metabolites in her system?

Chef d’equipe Mark Laskin told The Globe and Mail that the positive test is believed to stem from a tea Walker consumed while in Peru. Mate de coca, or coca tea, is made from Coca leaves and commonly served by Peruvian hotels and restaurants. The leaves are also used to make cocaine.

Positive tests from coca tea have been documented in athletes, jockeys and police. A study published in the British Journal of Sports Medicine found that just one cup of coca tea can cause a positive result on a drug test for cocaine for 24 hours post ingestion.

What happens next will determine both Walker’s imminent future and that of the Canadian show jumping team. The 2018 National Champion has exercised her right to request a hearing before the Panam Sports disciplinary commission.

Once the Disciplinary Commission has made a decision on the disqualification of the athlete, and team Canada’s final placing, the FEI will be in a position to make any necessary reallocation of the Olympic quota place.

Team Canada has finished in the top five at the past three Olympic Games, earning team silver and individual gold medals in 2008 and individual bronze in 2016. If their invitation to Tokyo is revoked, it’ll be the first time since the 2004 Athens Games that Canada hasn’t fielded a Olympic team in show jumping.

Walker’s teammates have responded to the news with a strong show of support for Canada’s rising star.

“I am a very big fan of Nikki Walker. She is a very serious and highly disciplined equestrian rider… She has represented Canada with honour and distinction. There is zero, and I mean zero chance of Nikki ever putting herself or her teammates in harm’s way. Not only does Nikki have my full support, I would be proud to ride with her representing Canada.”

“Nikki Walker has always conducted herself as a true professional equestrian rider. I have always admired her skill, discipline and professionalism. She is a very focused and serious rider and has an outstanding future. I would proudly ride with Nikki as part of Canada’s Equestrian Riding Team. She has always represented Canada with honour and distinction.”

“I hold Nikki Walker in the highest regard. She is the last person that would ever put herself, her career or her teammates at risk. She is one of the most responsible, articulate and clever people that I know.”

Walker made her Canadian team debut in March 2019, posting a double clear for Canada in the Wellington Nations Cup, followed by strong team performances in Mexico (0/4) and Canada, (0/0). She’s considered a leading contender for Tokyo.