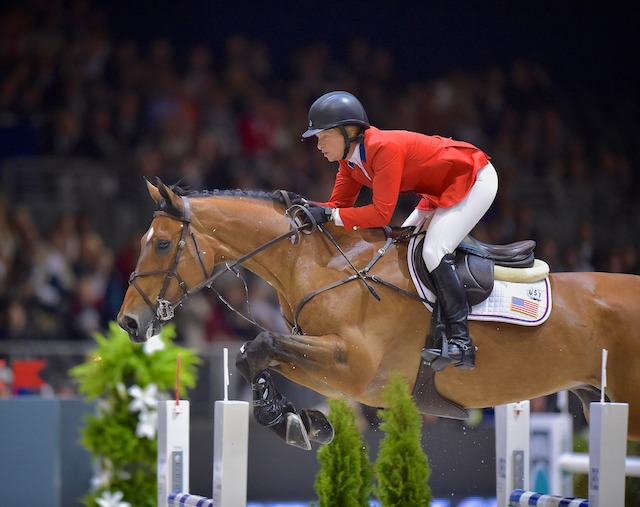 Who run the world?

Men, if we’re being honest.

But in the world of show jumping, America is the land of opportunity if you’re of the female persuasion—the FEI world rankings tell us so.

The top three women riders on the planet this month are all US citizens—and veteran staples on the national show jumping team at that.

Holding down the top spot as the highest ranked female jumper in the world is four-time Olympic medalist and two-time World Cup champion Beezie Madden. A staple in the top 10, Madden hasn’t dropped below 12th on the list in the past year. It seems but a matter of time before she cracks world number one, a feat accomplished by only one female rider to date—Germany’s Meredith Michaels-Beerbaum.

Coming in second on the list of world’s top female show jumpers this month is Olympic and World Equestrian Games team gold medalist Laura Kraut (USA), who is currently ranked #24.

By way of comparison, only two American men are currently counted in the top 50—McLain Ward (#4) and Kent Farrington (#8). Both are former world number ones.

But that’s just the tip of the gender bias iceberg.

That may not seem like a huge accomplishment given that men still greatly outnumber women on the top end of the world ranking and few female jumpers ever crack the top ten (a topic for another article entirely). But it is notable on the world stage.

Because not only does team USA have the top three female riders in the world right now, they have more high-ranked women riders than any other nation period.

Ireland has the most riders in the world top 50 of any nation with eight on the list, but counts nary a female among them. Belgium has seven riders on that same list, Germany has five and France, four—each are all-male casts. In fact, only two other nations count female riders at all in the top 50: Australia’s Edwina Tops-Alexander (44) and Portugal’s Luciana Diniz (#50).

All of which is to say, if you’re female and aspire to show jumping fame, America is the place to be. Just don’t set your sights on the White House—they’re not having any of that.