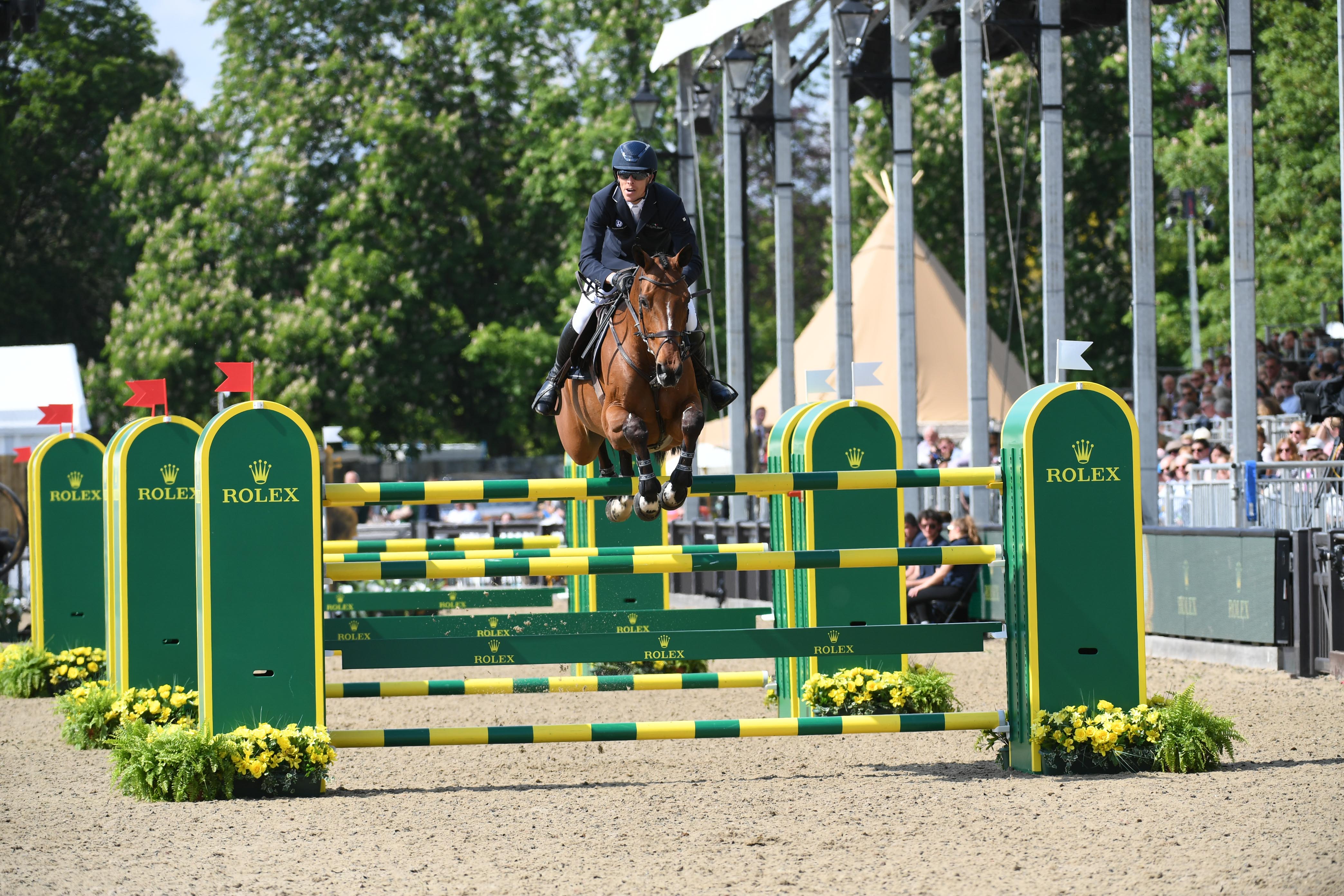 The much anticipated Rolex Grand Prix at Royal Windsor Horse Show lived up to expectations with a lineup of show jumping royalty, the 36 starts including 15 of the world’s top 20 riders. They battled for an unprecedented UK purse of €500,000.

In the end, it was the world ranking lucky number 13, Henrik von Eckermann, who finished first aboard 13-year-old mare Toveks Mary Lou.

“Mary Lou is such a fantastic horse; she is so quiet at home but when she gets to shows she really comes to life and gets very excited,” gushed Eckermann.

“She has a fantastic mind, she always helps me and really wants to make it, that’s what makes her such a special horse.”

Mary Lou, however, was just one of a dozen special horses in the field.

With a stacked deck of the world’s fastest, it was any rider’s class to win. One by on, the crown was seized only to fall out of reach.

Funnell (GBR) and nine-year-old homebred gelding Billy Diamo, first to return, started the short course off with a clear, clocking in at 47.58 seconds.

Four horses later, Delestre (FRA) and Hermès Ryan, winners of the Grand Prix Hermès in March, shaved two and half seconds off his time, crossing the timers in 45.07.

Then, three rounds after, Eckermann shaved two more. With tight turn into the penultimate fence and a gallop to the last oxer, he and Mary Lou stopped the clock at 43.4.

But with Lamaze (CAN) and Farrington (USA) still to come victory was anything but guaranteed.

In a battle of Winterfell proportions, the Canadian three-time Olympic medalist came out swinging aboard Chacco Kid, but with two rails along the way, he fell to the Swede.

Last to go, 2017 Rolex Grand Prix winner Farrington and 12-year-old veteran partner Creedance put in an epic effort. Blazing around the track, they had the time—42.54 seconds—but with a rail at the final Rolex oxer, the win was handed to von Eckermann.

KENT FARRINGTON HAD IT THEN FAULTS AT THE LAST. #RWHS #tbird pic.twitter.com/j3nj1Ypnaa

The American would finish in fifth position.

In the end, it was the clears that counted. Delestre took second and Funnell, third. History will show the Swedish rider as the victor, but it’s a battle that won’t soon be forgotten among the majors.

This week’s live stream of the Royal Windsor Horse Show was brought to you by Thunderbird Show Park. Stay tuned for their CSIO5* event later this month!