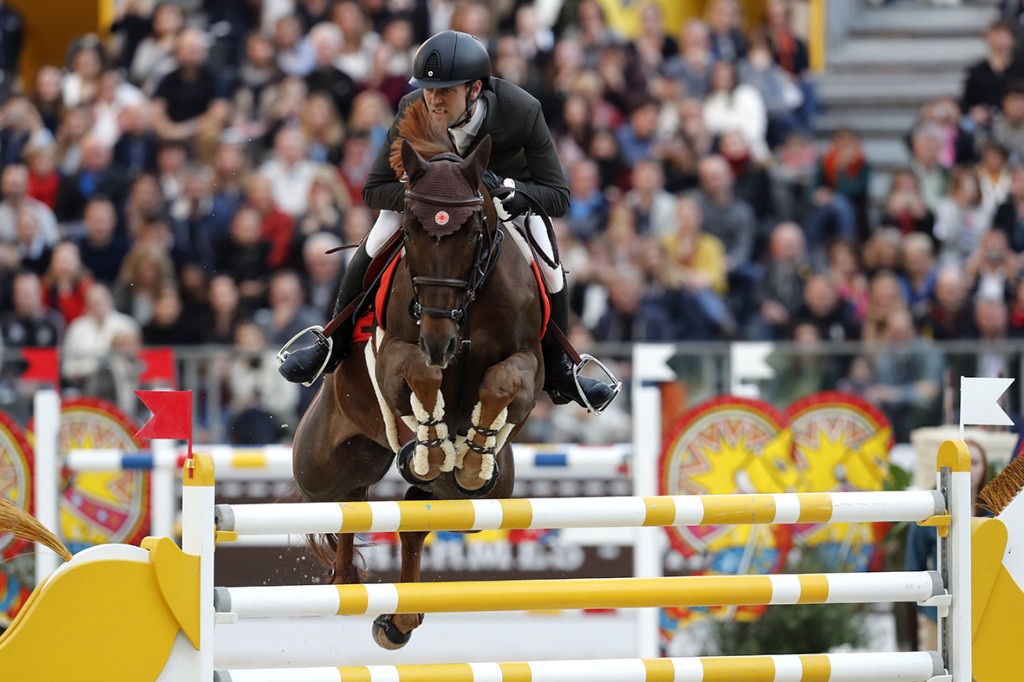 They came, they saw, they conquered Saut Hermès!

Defending champions Simon Delestre (FRA) and Hermès Ryan captured their namesake Grand Prix Hermès in Paris, France for the second year in a row on Sunday.

Riding under the iconic glass dome of the Grand Palais, the French Olympian and his European Championship bronze medal winning partner first captured the title in 2018. Naturally, he was pleased with his partner…

But if Delestre was chuffed the first time around, he was positively ecstatic to reclaim the title. 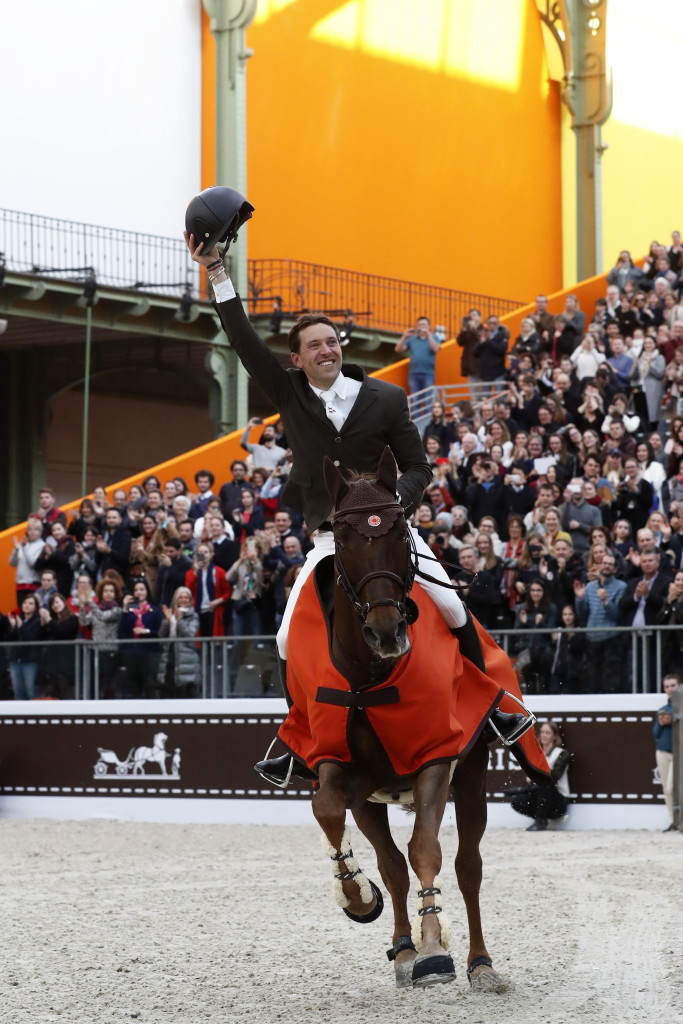 Of the 43 combinations to contest the 400,000 Euro Grand Prix Hermès, 15 posted a faultless first round to qualify for the jump off.

Belgium’s Gregory Wathelet, first to contest the short course, laid a blistering track aboard MJT Nevados S, stopping the clock at 33.45 seconds—they’d prove to be the only combination to come under the 34 second mark but a rail relegated them to sixth.

Four pairs in, Germany’s Christian Ahlmann and the aptly named Dominator 2000 Z set the time to beat with a clear in 34.86 seconds—it was the nine-year-old Zangersheide stallion’s first ever 5*.

But their lead was short lived. Delestre and the 14-year-old Selle Francais gelding took to the ring three horses later. Speeding through the turns and thundering to the last, they shaved nearly two hundredths of second off Ahlman’s time to cross the timers in 34.68 seconds.

They’d have to bite their nails through seven rounds, five Olympians, and current world #1 Steve Guerdat (SUI)’s trip around the short track to learn their fate.

Then it was all celebratory kisses from there. Watch the video!

Missed the Grand Prix Hermes? Relive it exclusively in North America on HN LIVE! brought to you by NIGHTWATCH® Smart Halter!