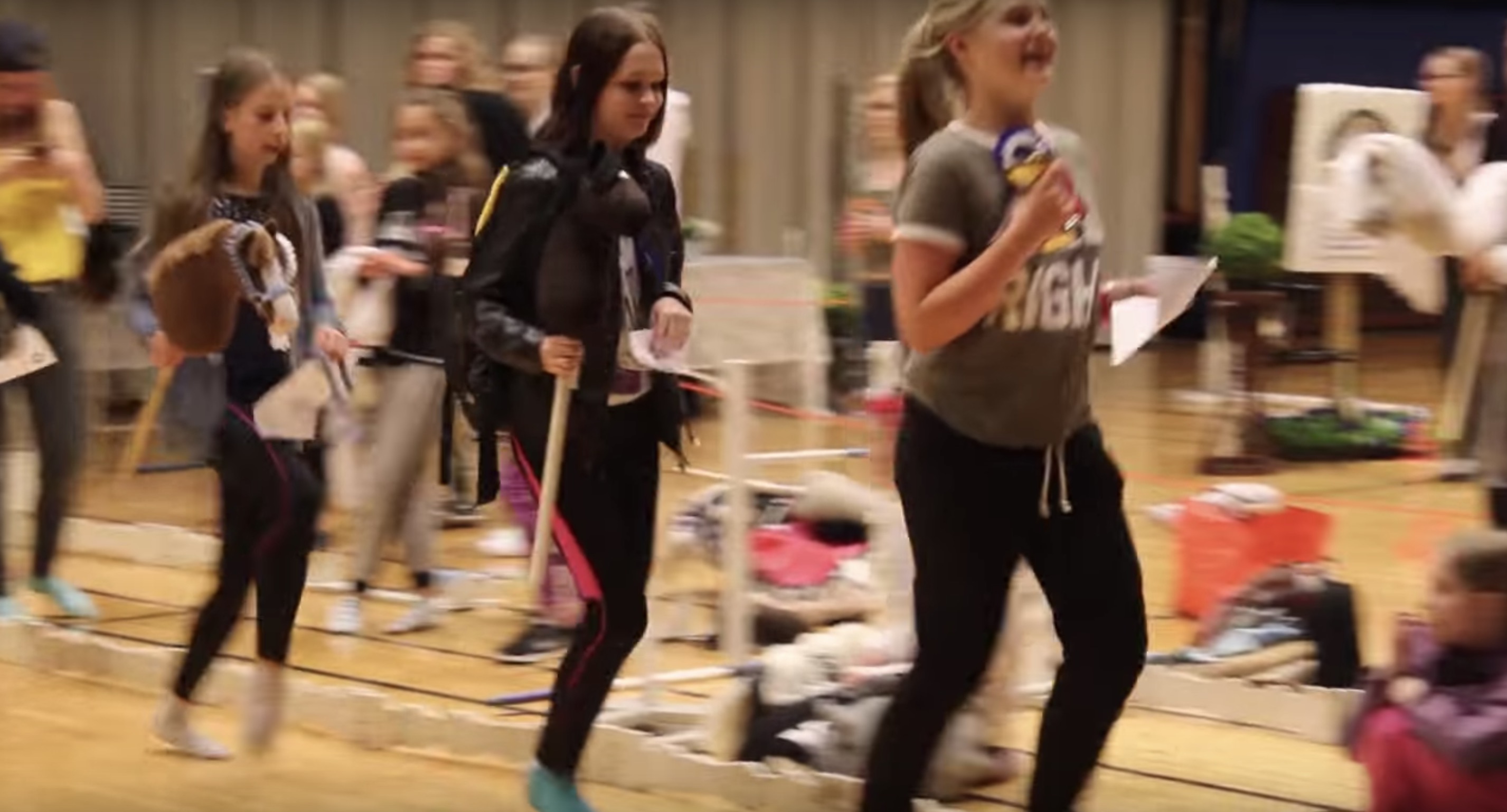 Hobbyhorse has been proposed for inclusion in the Paris 2024 Olympics, the FEI has announced.

The mounted sport, which is popular with teens in Finland, joins surfing, climbing, skateboarding and breakdancing as new entries to be put forward to the International Olympic Committee (IOC) for the 2024 Games.

If approved, it’ll be the second major initiative by the FEI to modernize equestrian sport for the Olympic stage.

Long a controversial inclusion in the Games, equestrian is the only Olympic sport to involve an animal and is one dominated by a relatively small number of nations primarily from Europe and North America. The logistical, educational and accessibility challenges it creates for Olympic organizing committees has made it a frequent target for cuts.

“Every four years, the IOC reviews the list of sports to be included the Games and every year, horse sport is on the chopping block,” said FEI Secretary Ivana Trothof. “We have a tenuous hold on our position in the Games.”

With a mandate to include more nations in 2020, the FEI voted to reduce the number of athletes on national teams from four to three and to eliminate the drop score, which previously allowed for a team’s worst score to be discarded, for the Tokyo Olympics.

At the time, FEI President Ingmar De Vos, called the controversial decision “a really important vote for the future of our sport if we are to increase universality” and one that “opens the door to countries that previously could only see the Olympics as a distant dream.”

Now the FEI is looking for ways to open the door to all nations.

“We’ve spent many, many committee meeting hours mulling over the complexities of equestrian sport. The single biggest barrier to participation is the punitive cost. Most people simply can’t afford a horse, let alone one capable of competing at an Olympic Games. So we thought, why not eliminate the horse altogether?” explained Trothof.

The move, she continued, would grant universal access to horse sport.

“Football [‘soccer’ to North Americans] is the most popular sport in the world and it has everything to with access—you just need a ball and a flat bit of land to take part,” she said. “With hobbyhorse, the barrier is even lower. Anyone with a stick can conceivably train for the Olympics!”

The proposed sport would see hobbyhorse riders compete for team and individual medals in the three current Olympic disciplines of Jumping, Dressage and Eventing.

Critics of the plan have questioned whether “horse sport” can continue in the Games without an actual horse.

“There is a horse,” Trothof insisted, “a wooden horse.”

“In this modern age,” she added, “we need to expand our definition of ‘horse’ to use more inclusive language.”

While the choice seems like an unusual one for traditionalists (an online petition had one signature at the time of print), it’s garnering support from unexpected sources. Four-time Olympic gold medalist Ludger Beerbaum, who announced his retirement from the German national team in 2016 after 30 years of championship sport, is well known for his love of hobbyhorse.

He isn’t ruling out a return to the Olympics should the sport be added.

Whether the proposed addition will make the cut remains to be seen. Chess, billiard sports and squash have already campaigned unsuccessfully for inclusion in Paris. The IOC has until December 2020 to decide on competitive hobbyhorse.