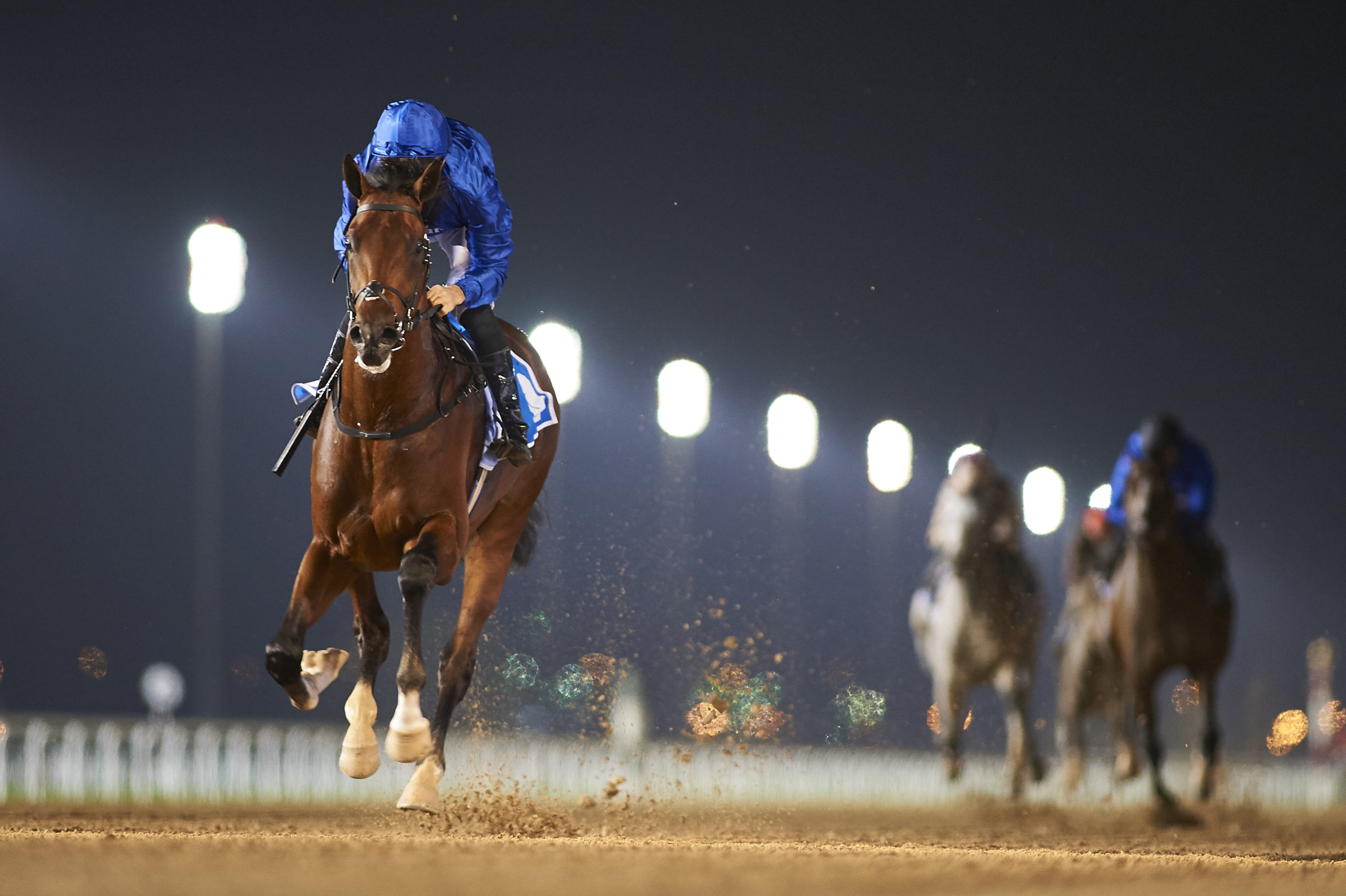 With North American racing catching its breath before the 2017 Eclipse Awards on Jan. 25, and the $16 million Pegasus World Cup at Florida’s Gulfstream Park two days later, this Thursday’s start of the Dubai World Cup Carnival takes center stage in the racing world. The 11 Carnival meets culminate in the richest day in Thoroughbred racing, Dubai World Cup Day on March 31, with nearly $30 million at stake over nine races capped off by the $10 million Dubai World Cup. That end is a good place to begin this year’s Carnival preview.

Gone is Arrogate, who last year blazed through the rainy Dubai night like a gray comet on his way to a stunning last-to-first epic hand ride win in the World Cup, regarded by jockey Mike Smith as “…my best race ever.”

Gone too will be last year’s World Cup runner-up Gun Runner, who is set to end his brilliant career with a likely Horse of the Year Eclipse Award and a final run in the 2018 Pegasus. Both head off to second careers in Kentucky siring hopeful future Champions: Arrogate to Juddmonte Farms for a $75,000 fee, Gun Runner to Three Chimneys at $70,000, both as close in geography and fees as they were competitors on the track. Gun Runner will not be returning to the Meydan paddock for the World Cup, as he is slated for stud duty. (Photo: Richard R. Gross)

So who among the world’s top dirt runners will compete in this year’s World Cup?

The early focus is on previous winners of the UAE Derby, a highlight of the World Cup undercard that has essentially become a key Kentucky Derby prep race. Early odds on entrants for this year’s Dubai World Cup focus on three of the four most recent winners of the UAE Derby: Toast of New York, the 2014 winner who went on to finish second to Bayern in a three-horse-photo finish (with California Chrome) in the 2014 Breeders’ Cup Classic; 2015 UAE Derby winner Mubtaahij, now under the tutelage of Bob Baffert; and last year’s Derby winner Thunder Snow, who infamously refused to run in the Kentucky Derby after breaking erratically. The only likely missing UAE Derby winner from the past four years is Lani, the zany fan-favorite retiring to stud later this season to Arrow Stud in Hokkaido, Japan.

Hopportunity, another Baffert-trained horse, may also be in the gate following a disappointing sixth-place finish in the 2017 World Cup after a third-place finish in 2016. The now 7-year-old multi-millionaire has played the bridesmaid more often than the bride. Baffert’s other stable stars, West Coast and Collected, must also be considered possible entrants. As is well-traveled Lancaster Bomber for trainer Aidan O’Brien.

But that’s March 31. What about today?

Heading the list of Carnival entrants is Godolphin’s Talismanic, the Andre Fabre-trained upset winner over Highland Reel in the Breeders’ Cup Longines Turf last November at Del Mar, who saw fortunes reversed a month later when Highland Reel bested runner-up Talismanic in the Hong Kong Vase at Sha Tin the following month. Thought to be aimed at the Dubai Turf, is it possible he may be pointed on dirt to the big race? His regular rider, Mickael Barzalona has won the Dubai World Cup (Monterosso, 2012) and is now back in the good graces of his former employer Godolphin after a several years absence racing in Europe, so,…

Joining him will be stablemate and Group 1 Prix Ganay winner Cloth of Stars, who also finished a game second in Europe’s premier race, the Group 1 Prix de l’Arc de Triomphe. Fabre also has his Group 3-winning turf mile specialist Trais Fluors in his Carnival hand. Winner of four of six in 2017, the son of Dansili finished second to Thunder Snow in the Group 1 Prix Jean Prat.

Also back is Alain de Royer Dupre-trained star marathoner Vazirabad, who will seek to pull off an unprecedented hat trick in the Group 2 Dubai Gold Cup on World Cup day. The 13-time winner from 19 starts won four of six starts in 2017. The six-year-old son of Germany’s Manduro is likely to train up to his Gold Cup defense in the Group 3 Nad Al Sheba Trophy March 1. But what would a carnival be without a reliable ferris wheel coming round again? There will be two this Carnival season. Group 1-winning wonder Sheikhzayedroad will likely aim to challenge Vazirabad in the Dubai Gold Cup on World Cup day.

And then there is that ageless wonder (actually 12-years-old) Reynaldothewizard. Initially not included on the list of Carnival acceptances, trainer Satish Seemar confirmed in an e-mail that the star of Zabeel Stables “…is still in training and his first start is tentatively in the Dubawi Stakes on Jan. 18.” 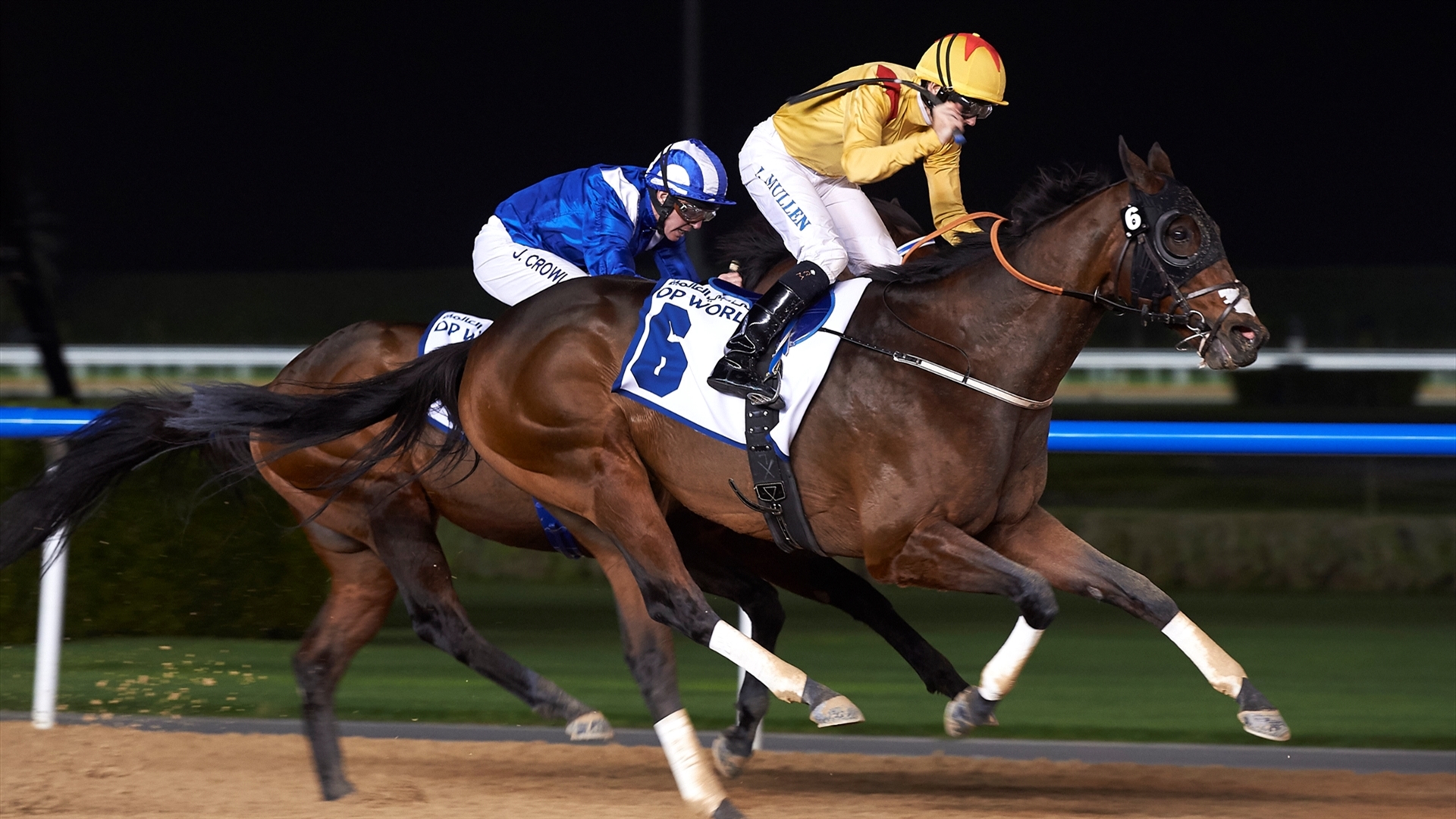 That 1200-meter (6 furlongs) dirt sprint race has been elevated to Group 3 from Listed status and a win would be a record-extending fourth consecutive victory for the popular and gritty son of Speightstown.

Other changes include an upgrade to the 1800-meter Singspiel Stakes, which also moves from Listed to Group 3 status. That results in two Group races on an opening night that includes the Group 2 Al Maktoum Challenge Round 1. The Feb. 22 5-furlong Meydan Sprint turf race has been elevated from Group 3 to a Group 2 sprint.

The “usual suspects” from the UAE, the UK, South Africa and Ireland continue to bring large contingents of competitors, but there is an increasing number of foreign entries from countries like Australia (6), Sweden (2), Denmark (3), Norway (11), Germany (3), Singapore (4) and, among Gulf states, Bahrain (12). Finally, speculation is swirling that the Dubai World Cup purse will be raised to $20 million no later than 2020 to coincide with the opening of the much-anticipated Dubai World Expo that year and perhaps as early as 2018 given the continuing rise in the purse of the Pegasus World Cup, now at $16 million. Ahhhh, to own a world-class racehorse!