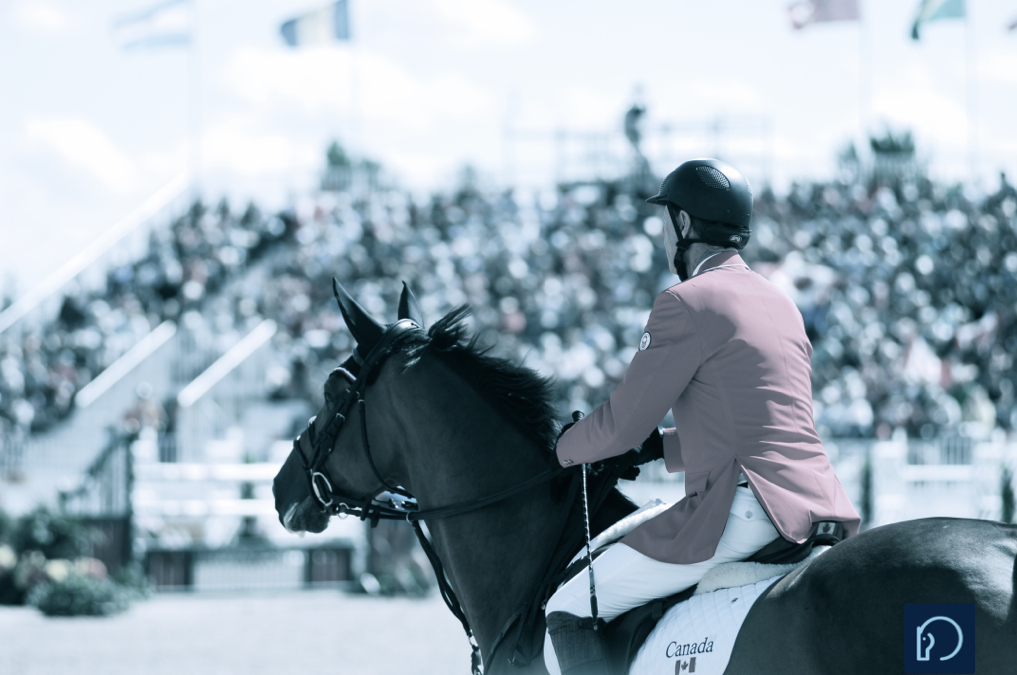 The year was 1972. Ian Millar, already an Olympian at age 25, had just bought a rundown property in Perth, Ontario with his young wife, Lynn. They were struggling to get their business off the ground.

A hundred or so kilometers away in the Ottawa Valley, Coors heiress Jackie Morold was building a vanguard facility called Dwyer Hill. A childhood friend of the legendary George Morris (Morold’s family lived up the road in New Canaan, Connecticut), she had longed for a horse of her own growing up, but her parents wouldn’t allow it. With Dwyer Hill, Morold set out to realize her childhood dream. And it was her old friend who she tapped to direct it.

“I was at a wonderful horse show on an island in Montreal,” recalled Morris. “I was there with my stable from Hunterdon and this big bear hugged me from behind. I turned around and said, ‘Jackie! Jackie, I haven’t seen you in 20 years.’ She said, right in her first sentence, ‘George, I want you to direct this new place of mine.’”

At that time, an upcoming talent by the name of Randy Roy (now a famed judge, trainer and author) was working for Morold. Roy had already expressed an interest in coming to Morris’s Hunterdon in New Jersey when the venerable horseman struck a deal to train him for Dwyer Hill.

At a year’s end, Roy returned to Canada. But Dwyer Hill had yet to secure a rider. Ian Millar’s name floated as a candidate.

Morris didn’t think he was the right fit.

“I judged a little show once in Plains. This lady was in an adult equitation, attractive lady, older lady. She said, ‘Why didn’t you pin me?’ I said, ‘Susan, I didn’t like your leg.’ She said, ‘That’s not what your father told me 25 years ago!’ I associate Ian’s leg with that—kick back,” laughed Morris.

Morris had his mind set on a young rider he was helping at the time—Peter Stoeckl.

“Peter was Mr. Stylish. Beautiful rider. He was 19, 20. I could mold him. Take him here, take him there. He was my cup of tea. With Jackie and her parents managing the place, it was getting tense. She wasn’t happy. I don’t know what was happening. I was on her couch and [Canadian team member Tommy] Gayford calls me: ‘George, you better give this Ian Millar a chance.’

Millar, admittedly, hadn’t had much in the way of formal training. That didn’t stop Jimmy Elder, his teammate—and, more importantly, Morris’s good friend—from taking up his cause next.

“Jimmy Elder, he could talk Eskimos out of snowballs, he just has that upbeat, positive way,” said Morris. “I said ‘Listen, stop pressuring me. It’s too late. I can’t help him.’”

Eventually, Morris relented and agreed to give Millar “a try.” The Halifax-born rider would go on to represent Canada at a record setting 10 Olympics Games.

“It was such a turning point for me in my career,” said Millar. “We had just bought the farm in Perth and we were struggling. This was a real opportunity, a dream come true.”

With Roy at Dwyer Hill, Millar got a crash course in the famed Hunterdon system.

“Randy learned the whole program,” explained Millar. “He’s a smart guy—he’s a judge today, a trainer, a teacher. He learned George’s whole system really well. So I arrived and Randy said you better read this book—you can imagine which book it is!” [Morris’s tome Hunter Seat Equitation was published the year before, in 1971.]

“So I take it home and read it. Then he said, ‘We better start to practice.’ We set up all these gymnastics and Randy would teach me everything he knew George was going to focus on.”

Still, when the first opportunity arose to ride in front of Dwyer Hill’s director at large—Morris worked with Peter Stoickle and Randy Roy about four times a year in New Jersey—Millar opted to watch from the sidelines.

“He stood across the stonewall and he watched that clinic,” said Morris. “He was not going to be stupid!”

By the time, Millar did saddle up for Morris, he’d done his homework.

“It was American Thanksgiving, George arrived with some trepidation, I’m sure, over what he was going to be dealing with. Of course, there I was knowing exactly what a crest release was, with shiny boots and proper tack—the whole drill!” recalled Millar.

Still, Morris saw room for improvement. He wanted to smooth out Millar’s “seat of the pants” style and he had an idea of just how to go about it.

“Ian was a great athlete, great rider, effective, he could jump the Olympic Games. But I’m not happy unless it’s art. If it’s not beautiful, I’m not interested. So when I first met Ian I said, ‘Jackie, we’re going to go down to Virginia, what’s going to fix him is hunters.’

“Those days the hunters were hunters. They made that now a sissy sport—rampy fences, low fences, all this stepping around. They screwed that hunter division up terribly. Those days the jumps were big—verticals, oxers, straight fences. You galloped and jumped.”

“It was not so different in the test, scope and range from the preliminary jumper course at that point, which was sort of your 4′ introductory jumper course,” agreed Millar. “Only it had to be done with extraordinary smoothness and precision to get a good result from the judges, whereas in the jumper ring you just have to leave the jumps up and be within the time allowed. So it was a very similar exercise, only requiring way more smoothness and precision.”

Morold followed through on Morris’s request and bought Millar a small string of hunters. Come the Florida circuit that winter, Dwyer Hill’s resident rider had mastered hunter riding too.

“Of course, Rodney [Jenkins] was the top of his game, Bernie Traurig, Katie Monahan, nobody rode a hunter better than she did. I was riding some horses. And [Ian] went right down there and he was right up there with the top [hunter riders], right off the bat,” recalled Morris.

“When people ask me, I attribute the transition from being a good, effective, seat-of-his-pants rider to the artist you see today to those hunters.”