Read Before Panicking: This Mare Is Fine (and Looking for the Right Home)

Home > Blog > Horse Play > Read Before Panicking: This Mare Is Fine (and Looking for the Right Home) 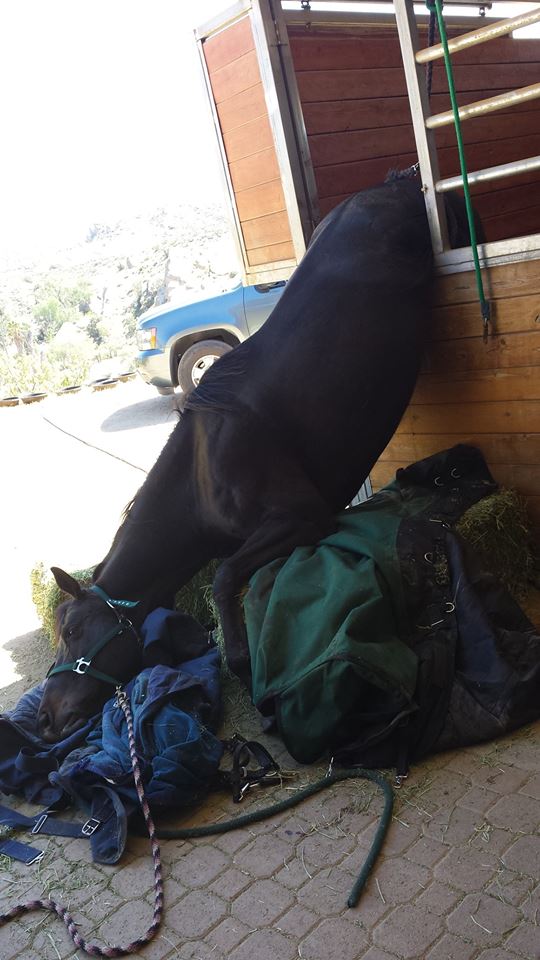 Do you look back on your life and regret that you did not get a degree in psychiatry? Have you always been fascinated by how the mind works? Love to try to analyze why people and animals behave badly? Think you can figure out the deep-seated reasons behind nearly any behavior?

Do you love watching “Snapped?”

Well, have we got a horse for you!

Dahlia came to Polo Pony Rescue last fall after her previous rescue’s foster home had just about enough of her after an incident where she pulled cross ties out of concrete and went for a gallop with them. She also apparently jumped their fences in a bid to be freeeeee on the range with the mustangs.

(She is not, by the way, a mustang. She is, by our best guess, an Arabian/Warmblood cross. I’m not sure crossing those two things is a good idea. It sort of reminds me of Quarabs, which I have always believed are an attempt to create an animal just as good at bucking as it is at spooking.)

So, Dahlia came here. She stepped off the trailer a stunning creature—almost 16 hands, black, pretty-headed. With lots of scars. I knew she had originally come from a humane situation of the typical, crappy fence and no food and no handling and overcrowding type, so I didn’t think much of the multiple injuries. (This was probably a mistake.)

Dahlia failed miserably with her attempts to avoid work here. We are used to horses that don’t tie (hello, every single horse who has ever set foot in South America…). Danica laughed at her bucking and put her to work and lo and behold, she learned to go nicely walk-trot-canter, tolerate a bit, and even jump crossrails. And her free-jumping was positively outstanding. She was getting close to being ready for a schooling show.

But from time to time, she had what can only be described as panic attacks. One time Danica took her out to ride her and she had such a hysterical fit over absolutely nothing in the aisle that it took 45 minutes to settle her down. Dahlia had no issue with flying backwards and running into things at the approximate speed that Black Friday shoppers charge into the Wal-Mart electronics department and with just as little regard for who or what might be in her way. 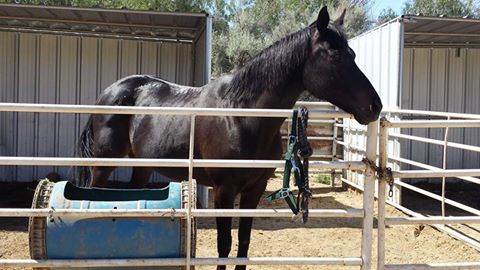 Dahlia Wednesday morning after her “hay door” incident. She is not even that stiff and is, “Chowing down food and drugs like a Hoover set on high.” (©Polo Pony Rescue)

Every time I had an interested adopter, I hemmed and hawed…I never felt like she was solid enough to let leave here. I didn’t want anybody to get hurt, even though she was riding absolutely fine.

The day I delivered Cabazon [another rescue horse] and was gone all day, she apparently tried to climb out of a stall. Mind you, MOST of the time you can put her in a stall and she is FINE. But once in a while, something flips the crazy switch.

After that, it seemed like she had grown up and settled down. She went at least 4 months with no new injuries, no panic attacks. No pulling back when tied. She was even jumping crossrails like a solid citizen! I honestly thought we had turned the corner and gotten through to her.

And then she jumped out a hay door today.

Yes. She jumped out a hay door. For no reason. In the middle of eating her breakfast. She had been turned out all night, and been fine. She had been back in the stall for over a half hour at the time. Eating her breakfast. Then apparently the crazy train pulled up to Black Mare Station and she jumped out the freaking hay door, ignoring the fact that she is larger than a hay door opening. Because you should never let logic play a part in your life decisions!

So let me put it this way:

If you have experience with reactive horses—example, you have successfully trained wild-caught mustangs (we will need trainer reference on this as well as video of you working with a difficult horse)…

If you have a place of your own where she doesn’t have to be stalled and can be in a large pipe corral where she can see other horses at all times (or better yet, turned out with friends—she loves other horses and gets along with everybody)…

If you think you can figure this one out and if you don’t have any small children around the barn who could get run down by a horse having a panic attack…We will not let this horse go to a home where anyone under the age of 14 lives. No exceptions…

Then get in touch!

I don’t really want to put down a horse that walks, trots, canters and jumps and isn’t lame. She’s NEVER done anything psycho under saddle. Once she figured out bucking didn’t work here, that was it. She’s never reared, never flipped, never bolted, never run into a solid object. I don’t think she’s even spooked. Danica would be happy to fill you in on exactly what she’s observed as the person who has been riding her and handling her for this long.

This is just not the place for her. A rescue where horses have to spend at least part of their day in stalls, and which has many less experienced volunteers who would *absolutely* have gotten hurt if they had been in the stall with her at the time is not the place. She needs one quiet, highly experienced horse person with their own quiet property who wants to give her one more chance. Hauling doesn’t seem to be an issue—she got here from Oregon without any panic attacks. 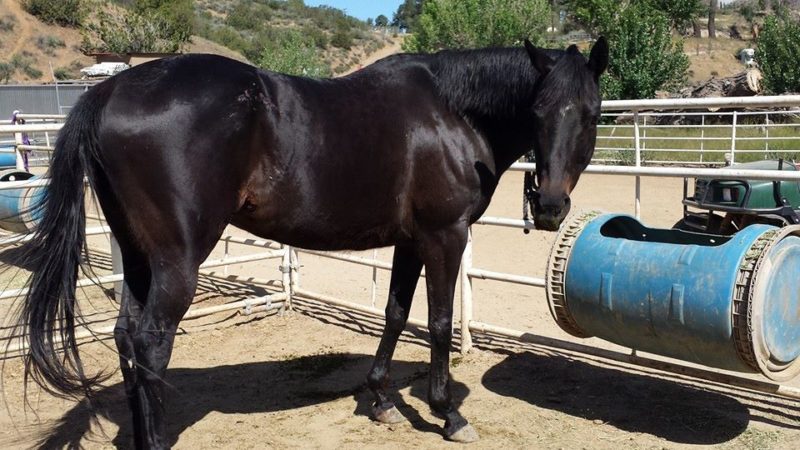 P.S. Close your feed doors when not feeding! We have all been a tad bit sloppy about that, me included, and today was an expensive lesson.

P.P.S. For those who are just fascinated as to how we got Dahlia extricated without killing her, we anesthetized her and between a makeshift sling around her belly and ropes on her hind feet, we flipped her up and out of the stall. She has minor cuts and is sound at the walk so far. Just body sore.

Thank you, Dr. David Robertson, assistant Cheyenne Davenport, my landlord Joseph Branam, and volunteers Lisa Lessa and Mary Beth Wilson. It clearly takes a village to deal with a silly black mare having a psychotic break…nobody got hurt and even the silly black mare is ok thanks to everybody staying calm!

Polo Pony Rescue (PPR), Inc. was founded in late 2012. PPR exists to rescue equines, primarily former polo ponies, that have been neglected, abused, seized by law enforcement or at risk of slaughter, provide any needed veterinary care, rehabilitation or retraining, and find them new, loving homes. We also offer permanent retirement to horses who have physical or mental conditions rendering them no longer able to be ridden. Our emphasis is on ensuring the equines who pass through our program are fully rehabilitated before being adopted out, and remain safe for the remainder of their lives.  We also work to educate the community on excellent horse care and responsible ownership to decrease the need for equine rescue in the future. 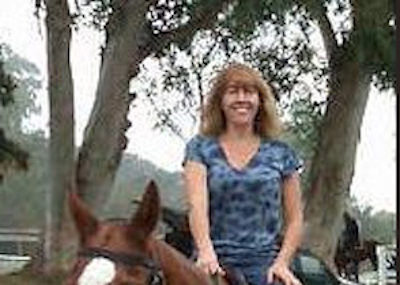 Cathleen Trope is the President of Polo Pony Rescue. Based in the L.A. area, Polo Pony Rescue, Inc. rescues slaughter-bound and otherwise at risk equines including, but not exclusively limited to, former polo ponies, and provides rehabilitation, retraining, and placement, where indicated, or retirement. Polo Pony Rescue, Inc. also seeks to educate others on proper care, humane treatment and training of horses and responsible breeding practices in order to decrease the number of at-risk horses. Find out how you can help at www.poloponyrescue.com