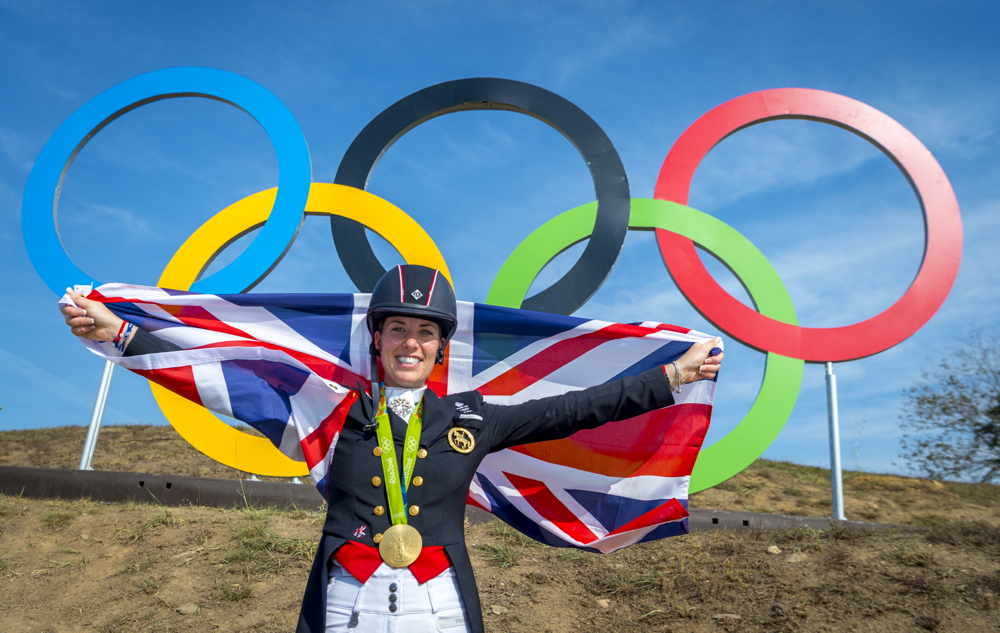 British dressage maven Charlotte Dujardin is used to boldly going where few riders have gone before.

At just 37 years of age, she’s already earned a lifetime’s worth of dressage accolades, including triple gold medals at the London 2012 and Rio 2016 Olympics. She’s a three-time world record holder, two-time World Cup Finals winner, and a many times European and World Champion—all accomplished thanks to her once-in-a-lifetime partnership with legendary mount, Valegro.

She may have traveled all over the world, competed at the globe’s most prestigious events, and even earned an CBE (Commander of the Order of the British Empire) for her efforts, but this winter, Dujardin and her husband, Dean Golding, will be taking on a challenge even they are possibly (probably) not fully prepared for: Becoming Mom and Dad to a baby girl!

And while the team here at Horse Network has never earned an Olympic medal (or any medals, for that manner) we do know a thing or two about changing diapers, soothing tantrums, and naming babies, whether our advice is solicited or not. (It’s not.)

With that in mind, and on the very exciting occasion that is welcoming a new, potential future pony rider into the world, we’re sharing eight baby names that Charlotte and Dean will definitely want to add to their list:

#1. Clementine – “Blueberry” is Valegro’s well-known barn moniker, but not exactly ideal for a new baby girl (plus there’s all those Veruca Salt associations). Clementine, however, is both a lovely type of fruit and an adorable baby girl name—win/win!

#2. Clover – It’s good luck (ideal for notoriously superstitious equestrians) and horses love to eat and roll in it. Plus, ‘Clover’ fits right into the celebrity name vein, while being a litttttle less pretentious than that other, horse-treat-turned-A-list-baby-name (cough ‘Apple’ Martin cough).

#4. Olympia – Sure, the next Summer Olympic Games is still a ways off (hello, Paris 2024!), but you can bet Dujardin’s already got her eyes on the prize—and as potential baby-name inspiration as well.

#5. Piaffe – In case Charlotte’s looking for something a little out of the box, might we suggest one of dressage’s most beautiful and challenging Grand Prix dressage movements for inspiration?

#8. Valegra – And speaking of the champion, himself: There’s only one ‘Valegro’… but Valegra? Why not!?