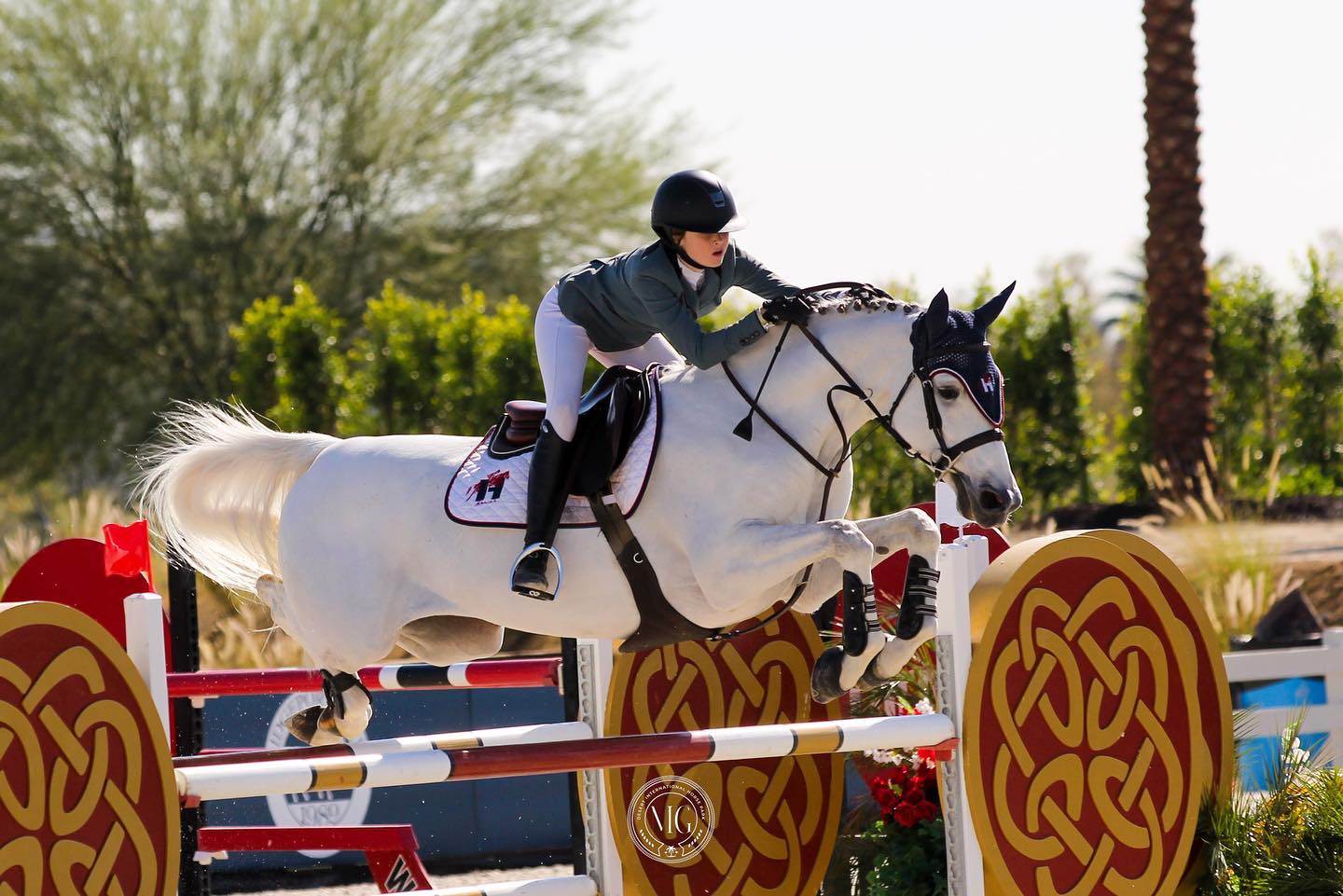 Michelle Berry and Mecho Van’t Kiezelhof are two-for-two with their lucky mane charms.

“The charms in his mane are my good luck charms. […] I used them a few days ago and won so I knew they were good luck.”

The charms worked their magic as once again, 13-year-old Berry and “Mike” topped 51 professional, junior and amateur riders to take the win in this week’s $30,000 Adeptus Open Classic 1.40m at the National Sunshine Series II.

Berry’s trainer of four years, Everardo Hegewisch, offered her some last minute advice before taking on the 17 horse jump off.

“Make sure you don’t compete against yourself.”

The advice worked perfectly for her over Manuel Esperanza’s track as Berry utilized tidy turns and speed to take the win.

And really fast is what she did. Stopping the timers in 39.179, 1.32 seconds quicker than second place finisher Alec Lawler and For Gold. French Olympian Eric Navet and Coachella 4 finished third in a time of 42.234 seconds while fourth place went to Luis Goncalves (of Portugal) and Bemol Des Champs in 42.234.

“My strategy in the jump off is to not get too quick into the combination so we don’t get too flat. […] Then to the last line to really run then sit up [at the final jump]” says Berry.

She went on to say, “He loves neck scratches. He always turns his head. He loves his lik-it in his stall. He’s obsessed [with the lik it]. I love sitting in the stall with him. He really just loves to cuddle with me.”

On their future plans together, Berry says she definitely want to do the grand prixs with “Mike”. “My plan is to do 1.45m prix in December [at the desert International Horse Park]. “I think we could definitely move top to the 1.50m eventually but right now we’re really consistent so I want to stick with the 1.40.-1.45m”

“I love the Desert International Horse Park. I love the variety of jumps. The arenas are wide and the footing is great. I really love the property and the [riding] trail” says Berry of DIHP.

Full results of the class can be found here. 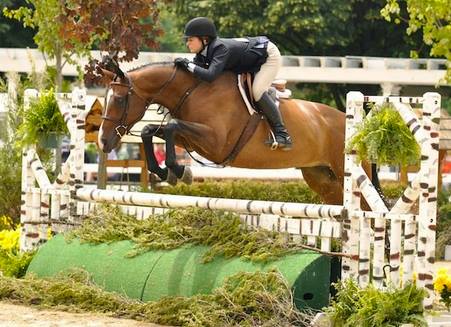 Originally from Cincinnati, OH, Courtney Motz grew up competing hunter/jumpers and was recruited to ride on TCU's Equestrian team in Fort Worth, TX. After graduating with a B.S. in Advertising and Public Relations, she went on to work for Abby Blankenship at Three Ships LLC (Indianapolis) riding, managing and training for six years. In 2020, Motz founded Motz Media LLC, an equestrian-focused media company to support farms and industry leaders' digital presence via websites and social media who have a desire to acquire new customers, increase equine sales and enhance the customer's experience.