A Word for the “Class Horse”

Home > Blog > Amateur Hour > A Word for the “Class Horse” 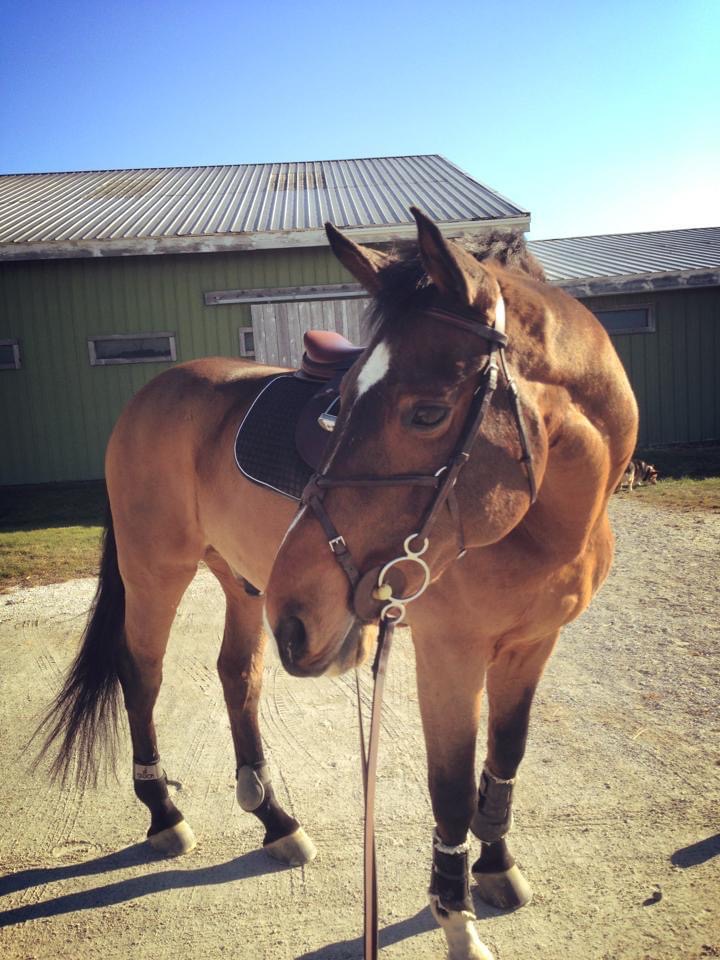 People talk a lot about unicorns these days, but I’d like to put a word in for the ‘class horse.’

Of course, if you’re lucky enough to have either of these mythical creatures in your barn, as the Irish say, “you’re lucky enough.” But to my mind, while they can resemble one another in many ways, there’s one big difference between a unicorn and a class horse.

“He’s a class horse,” a professional rider, jockey, or trainer will sometimes say. As these often laconic horse people go, it’s a characterization usually reserved for the highest praise. It means a horse that not only has the “it” factor, but knows it. A horse that walks into the show ring or paddock with a head held high, wearing intelligence and quality like an armor for all to see.

A class horse always understands the game (jumping clear, winning the race, acing his dressage test) but usually, he wants to win as much as you do.

I’ve been lucky enough to encounter the rare class horse in my lifetime. Cocoa was a career equitation mount that came up the ranks at North Run and Grazing Fields farms, winning or placing, according to legend, at just about every championship New England had to offer. When I met him in Vermont nearly a decade ago, he was embarking on a new chapter: semi-retirement with a trainer friend at the venerable age of 20-something.

Cocoa loved the spotlight; tri-color ribbons, life on the road, the constant parade of human admirers (trainers, grooms, massage therapists, braiders, and vets) who would not only recognize but seek him out at shows where he’d been a regular. He was a dream to work with on the ground, brave as a lion to the jumps, and perhaps the smartest horse I’ve ever encountered.

But Cocoa had opinions.

Top on his list, it seemed at that time, was avoiding the gross humiliation of appearing in public, at a venue where he was known, in a less-distinguished horse show division than he was accustomed. Gone were his Big Eq glory days (according to everyone but him), but like Elton John on his farewell tour, Cocoa steadfastly refused to be ordinary—or irrelevant.

Though he’d recently been “given” the job of packing small children around cross-rail courses, a role that was arguably easier on his aging body, Cocoa was having none of it.

He wanted to return to the limelight, which realistically seemed, according to my trainer friend, like the 3’ equitation ring. After his first few episodes of reducing otherwise competent child-riders to tears, I was allowed to semi-lease Cocoa to see if this was, in fact, a possibility for both of us.

Assuming, of course, I could figure him out.  It would prove to be more difficult than I expected.

Cocoa had been schooled to death on the flat and was a dream to hack. He was a classic bay, with a beautiful, dished head and regal features, and he was used to turning every head in an arena. But on course, when he knew there was a job to do, Cocoa didn’t suffer fools. After a few months getting to know each other (and plenty of hiccups along the way), we worked out our own kind of agreement.

If I held my position, saw roughly 70 percent (or more) of my distances, kept my leg on at the jumps, and kept him in plenty of post-ride bananas, Cocoa could and did do his job to utter perfection. If I leaned up his neck, went to emotional pieces, or broke one of his many rules (no gymnastics, no kids, no cranking on the girth, no bothering him in his stall on days off), Cocoa let me know I’d erred.

Often, in the ring, this meant teaching me a lesson by stopping at the jumps. But Cocoa was a class horse, after all; he might not get to the other side, but he always kept his head up. And while, thankfully, this didn’t end in many serious or embarrassing falls on my end, it certainly kept my ego in check.

I should add that, until my late 20s, when Cocoa came into my life, I’d been a bit of a wallflower in the hunter divisions, and at horse shows in general. My horses were never flashy (or flashy in the wrong ways), and so I got used to the usual tricks: walk-cantering to my first fence or hiding for the majority of the hack classes.

But there was no hiding Cocoa, with his majestic presence, deceptively big step, and obvious love of the game.

When Cocoa and I finally did get it together—and I’d garnered, in some small measure, a grudging piece of his respect—we were competitive in most classes we entered. More importantly, though, he made sure, on most days, I dismounted from his back a better rider than when I got on.

There are a million reasons to love a unicorn, whose talent, kindness, and ability to forgive can coax even the most timid or novice rider to success. The class horse, on the other hand—sometimes stubborn, always dignified, intensely competitive—is not a saint, but becomes a true partner in every way.

If you’re lucky enough, as a rider or trainer, a class horse may take you into the winner’s circle. But he’ll also make you feel like you’ve earned the right to be there.