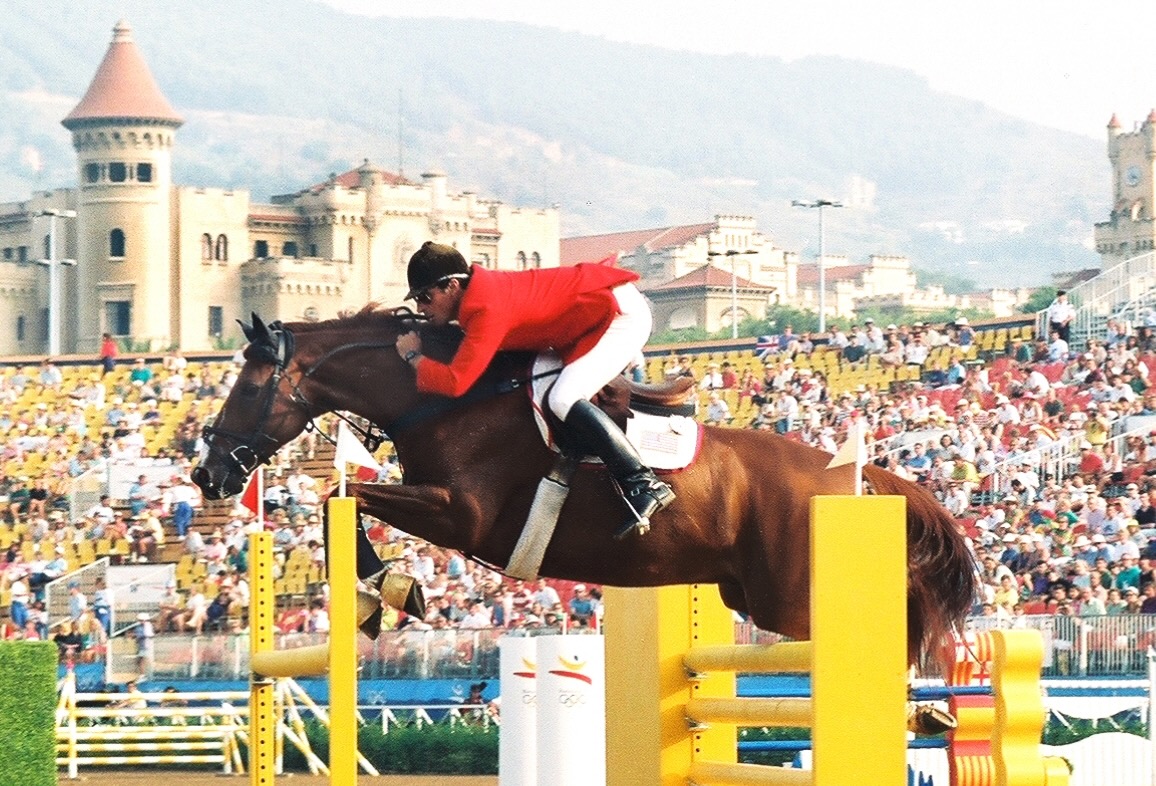 Winner of virtually every major Grand Prix in the U.S., he is best known for two international titles—the 1983 FEI World Cup Final in Vienna, Austria, which he won aboard the French stallion I Love You; and the Olympic individual Bronze Medal at the 1992 Barcelona Olympic Games, which he won riding Irish.

Nicknamed “Stormin’ Norman” for his aggressive riding style, Dello Joio started winning on the U.S. Grand Prix circuit in the 1970s. His record included such wins as the Grand Prix of Devon (two years in succession), the President’s Cup at the Washington International Horse Show, USGPL Invitational, and the American Invitational, which he first won on Allegro in 1978. (He added a second Invitational win in 2004 on Glasgow.) He established an American Grandprix Association (AGA) record when he rode Johnny’s Pocket to five wins in 1981.

In 2000, Dello Joio rode Glasgow to three victories in his first four starts at the Winter Equestrian Festival in Wellington and then placed second in the International Grand Prix at the Spruce Meadows Masters before winning the President’s Cup for a second time.

Dello Joio’s record in international competition is equally impressive. In 1979, he finished third in the first FEI World Cup Final ever held and rode Allegro as part of the United States’ Gold Medal team at the Pan American Games in San Juan, Puerto Rico. In 1980, he was named to the U.S. Olympic Team, although the U.S. boycott denied him the chance to compete. When he followed his 1983 World Cup Final win by finishing second in 1984, it marked his third top-three finish in the Final’s first six years.

Riding into his third decade, Dello Joio and Glasgow won the King George V Gold Cup at Hickstead, England in 2001, the same year he placed third in the Kerrygold Classic at CSIO Dublin in Ireland. The following year he won the World Cup Grand Prix at both Spruce Meadows and Oslo, Norway. Dello Joio has also served as Chef d’Equipe for U.S. Nations’ Cup teams and for the Mexican teams at the 2008 Olympics and 2010 World Equestrian Games.

Dello Joio and his wife, Jeannie, have a daughter, Daniela, and a son, Nicholas, who has followed in his father’s footsteps as a successful Grand Prix rider.