The Greatest Filly Who Ever Lived

Home > Blog > Racing > The Greatest Filly Who Ever Lived 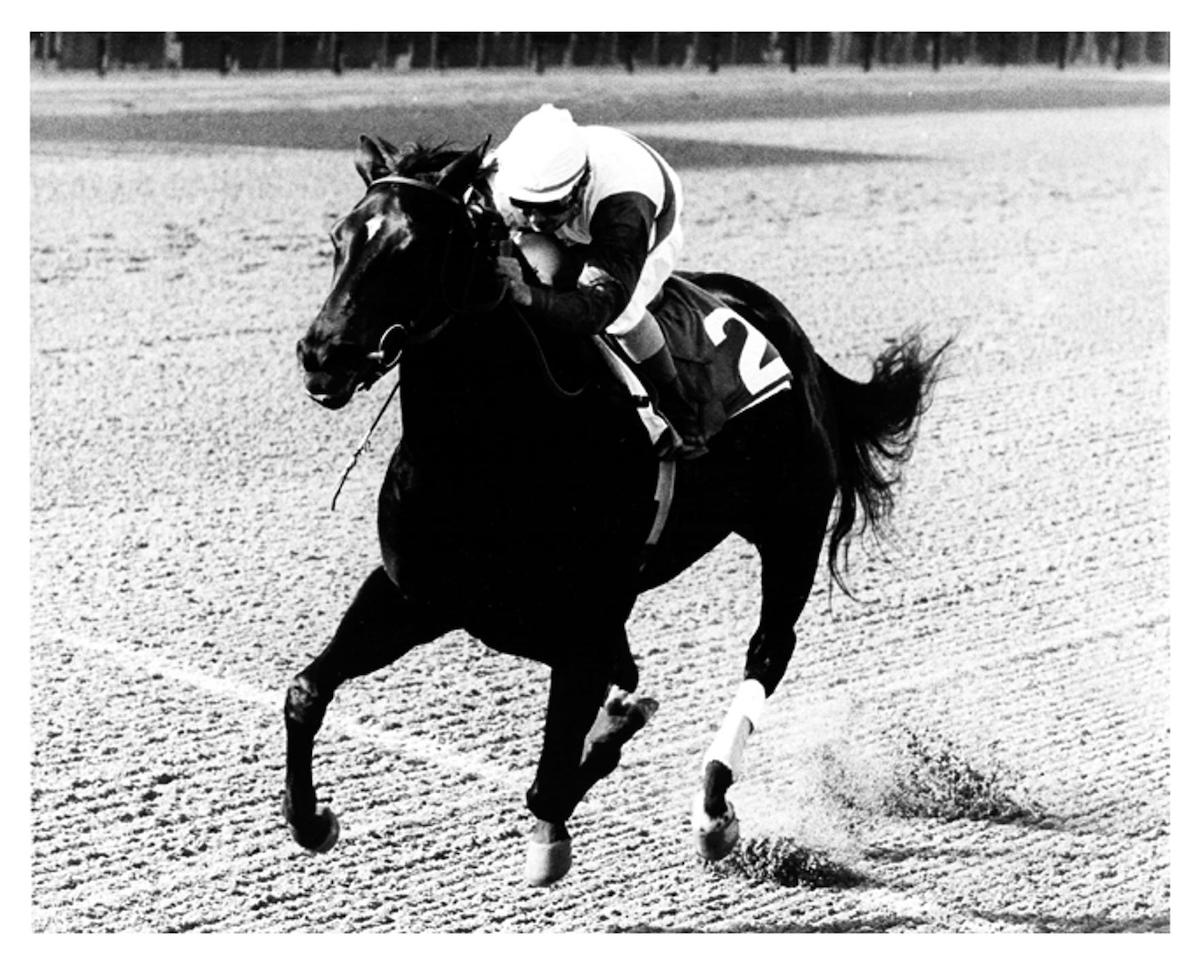 “As God is my judge, this filly may be better than Secretariat!”

All the talk deservedly is about Kentucky Derby winner Rich Strike. His is a story about the affirming nature of life, of hope, of dreams. A story about a $30,000 claimer rewarding his despairing owner, his decades-long small-stable trainer, his unknown jockey and his loving groom together squeezing into America’s greatest race in its entry’s last five minutes and capturing its glory in its last five seconds.

But for longtime fans of racing, it’s really Ruffian’s week. This is the week when racing fans commemorate perhaps the greatest filly who ever raced at the place where her injured body met her untimely end, but where her spirit lives on nearly half a century after her passing here, at the racetrack called Big Sandy.

Ruffian was a daughter of Reviewer. He was himself a son of Bold Ruler, and a force in his own time on the racetrack, running 13 times, earning nine wins, three places and a show. He was owned by racing legend Ogden Phipps, in whose name a G1 race for fillies and mares will be run Saturday, Belmont day.

Her dam was Shenanigans—the whimsical inspiration for her own name—herself descended from racing royalty. Her sire, Native Dancer, entered the racecourse 22 times and entered the winners circle on 21 of those occasions.

It would be difficult for an offspring of such a storied pairing to equal the accomplishments of her parents.

So, Ruffian instead exceeded them.

The Stuart and Barbara Phipps Janney homebred was foaled April 17, 1972.

Everything about Ruffian was outsized. She was tall for a Thoroughbred of either gender, 16.3 hands, slightly taller than even Secretariat. She was easily recognizable from a distance, a dark bay, near black.

…and there were her races.

She won her Belmont debut for trainer Frank Y. Whiteley, Jr. as a two-year-old in a maiden special weight on May 22, equaling the track record and winning by 15 lengths. She equaled that time in her Jun. 12 Fashion Stakes (G3) victory.

The following month, she faced only three rivals in the Astoria Stakes (G3) at Aqueduct. Considered so dominant, she went off as the 1-10 favorite. She won by nine lengths, being eased in the final strides but still setting a new stakes record for the 5 1/2-furlong distance.

Her closest contest was a 2 1/2-length win over Hot N Nasty in the G1 Sorority at Monmouth Park. It was the only time regular rider Jacinto Vasquez used his whip. The next day, she was found to have a heavy cough, a minor illness that may have affected her performance.

She would add a record-breaking win in the Aug. 23 Spinaway Stakes at Saratoga, a race in which she was later found to have suffered a hairline fracture. Ruffian would miss the rest of the year but still was named the 1974 Eclipse Award Champion Two-Year-Old Filly on the strength of her five impressive victories.

She improved on even that stellar record the following year, returning Apr. 14 with a victory in an allowance race. Fit and fresh, Ruffian would claim victories in the G3 Comely Stakes as well as the so-called filly Triple Tiara: the G1 Acorn, Mother Goose and Coaching Club American Oaks.

She was awarded the Three-Year-Old Champion Filly Eclipse Award…posthumously.

The 1970s were an important decade for the Women’s Equal Rights movement in the United States. That movement even found its way into sports.

Included in the U.S. federal Education Amendments of 1972 was Title IX, which prohibited gender-based discrimination by any school or educational program that received federal funds. This included school sports programs.

The following year on Sept. 20, then-29-year-old tennis star Billie Jean King won a nationally telecast clay court match over 55-year-old provocateur Bobby Riggs in what was billed as “The Battle of the Sexes.”

That gender battle found its way onto the racetrack in 1975 when Ruffian was paired with Kentucky Derby winner Foolish Pleasure in a $350,000, winner take all, mile-and-a-quarter match race at Belmont Park on Jul. 6. Simply termed “The Great Match,” there was no denying the implicit gender subplot, followers wearing buttons with the photographic likeness of their favorite.

Vasquez was the regular rider for both horses, but he chose to ride Ruffian instead of the colt, believing her to be the better horse. Braulio Baeza guided Foolish Pleasure.

The race would draw over 50,000 spectators and an estimated television audience of 20 million viewers, all of whom would be stunned by the outcome.

The horses broke swiftly from adjoining gates running stride-for-stride, Ruffian holding a head lead into the backstretch, then widening it to a half-length. And then…

The body of the 1,125-pound filly sat atop legs with ankles as slender as a person’s wrist.

A pebble. A tiny shift in the dirt surface. A misstep. Perhaps a heart and will too large.

However it happened, Ruffian broke down in that Belmont backstretch, both sesamoid bones shattered and protruding from the open wound. Worse, she continued to run filling the wound with dirt from the track.

As horrified spectators and connections looked on, Foolish Pleasure was allowed to complete the race and win.

Ruffian was immediately taken by ambulance to Dr. William O. Reed’s equine hospital where she underwent a complicated three-hour surgery and was fitted with a cast. The prognosis was not good. What happened next made it inevitable.

Awakening from the anesthesia, Ruffian instinctively began to thrash her legs, loosening a special shoe that held the cast in place. The cast broke off and the wound began to hemorrhage.

“Don’t let her suffer anymore,” implored owner Stuart Janney. A massive dose of phenobarbital was administered and Ruffian was gone.

Following the next day’s racing program, a grave was dug for her near the flagpole in the Belmont infield where the flag was at half staff throughout the day. She is the only horse ever to be so honored at Belmont. Instead of the traditional head-hooves-heart or cremation burial, Ruffian was interred whole with her head near to and pointed toward the finish line.

The following year, Ruffian was inducted into the National Museum of Racing and Hall of Fame. In its list of the top 100 American racehorses of the 20th century, The Blood-Horse magazine named her the century’s best filly or mare. A biopic, Ruffian, was released in 2007. She has been the subject of several books.

This week, thousands of fans will visit her grave, many leaving flowers, some shedding tears.

Even in her death however, Ruffian helped make history. Today, when horses are anesthetized for leg surgery, they are lowered into warm-water-filled recovery pools as they awaken. The resistance of the water reduces the severity of any thrashing and risk of reinjury.

They are commonly referred to as Ruffian Pools.