Kent Farrington Has a Type 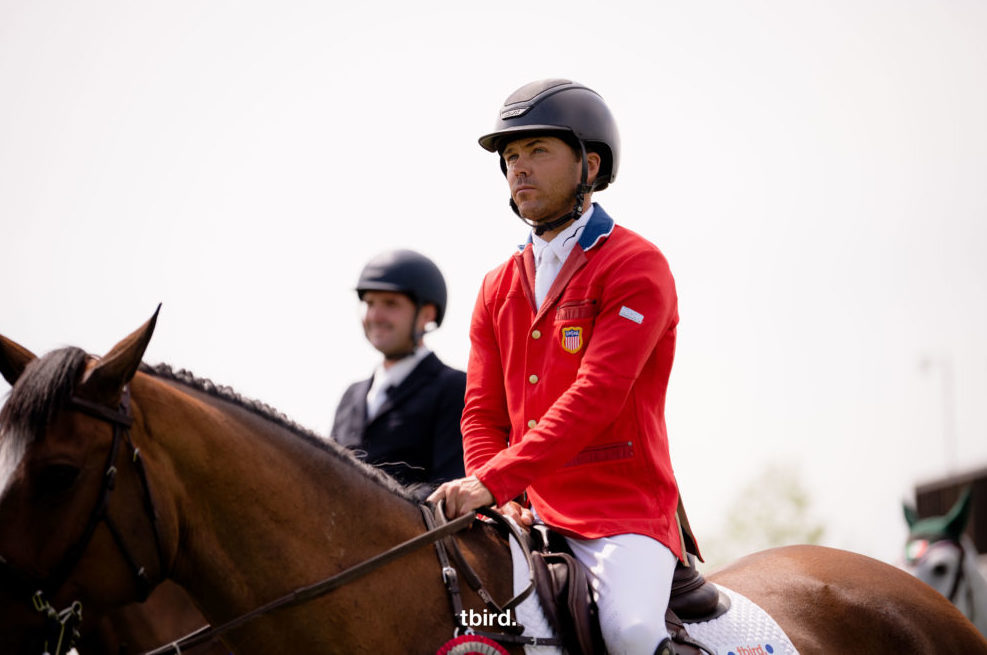 “Hyper-careful horses sort of suit my style of riding. Naturally quick horses I think also suits my way of riding. So I’m always drawn to horses that have these two attributes,” said the Olympic silver medalist.

The horses he’s found his greatest success on—think Gazelle, Creedance, Voyeur—confirm that assertion. For Farrington, it’s not a question of type, rather how he discovered it.

“Coming up, I had a lot of horses that were ex-race horses, so very high strung. Bringing them up and starting from the beginning, their minds were probably more difficult than the warmblood horses,” he explained.

“My favorite was a horse called City Boy. He was bought out of a claiming race. I jumped him over his first cross pole and took him all the way through junior jumpers to Young Riders and my first bigger grand prix. It was a great experience all along the way.”

“[His character was] typical American Thoroughbred. They’re really brave. They have big hearts and are very, very high strung and hot to ride. But he was a real athlete, and a light type horse. I still try to pick horses with the same things today,” he said.

With “careful” often comes complicated, however. Moving up too quickly risks rattling a hot blooded horse’s confidence. Farrington, though, has brought this demographic of horses to the upper echelon of sport with rare consistency.

“I think any time you have a horse that’s very careful, the question becomes ‘how big are they going to jump and how brave are they going to be?’ I think part of that is getting [the horse] in the hands of top riders when they’re younger, so that they build upon confidence and good experience,” said Farrington.

“That’s why most of those horses really only succeed under the tutelage of an experienced rider.”

So how does he do it? According to Farrington, he doesn’t really make the decision at all.

“My strategy’s actually really simple. I try to be very pragmatic and kind of have no ego in approaching the horses, and I put them in their classes I think they’re ready for. The horses tell me when they’re ready to move up, the horses also tell me if they need to take a step back. I really just let the horses make all the decisions,” he explained.

“And I think if you can approach that without your own ego or your own agenda that’s going to override what the horse is telling you, it’s easier to make the right call.”

Considerate and ambitious are not mutually exclusive, though, and Farrington’s plan for developing his horses still includes some of the best competitions in the world. At Thunderbird Show Park’s CSIO5* week in June, he captured his first 5* win with Orafina, a nine-year-old mare he’s been producing for the past two years. That same week, Farrington debuted nine-year-old Landon on Team USA for the Longines FEI Jumping Nations Cup™ of Canada.

“Part of the sport today is that you’re always looking to the future and building the next team of horses up. I have a group of eight and nine year olds stepping up to the international level. Time will tell how good they want to be, but they have good talent anyway. So we’re starting with potential,” said Farrington.

Whether there any City Boys in that string remains to be seen.

“Not sure. We will see,” smiled Farrington.