#HallofFameThursday: Some Hairy Moments Leading Up to the Munich Olympic Games 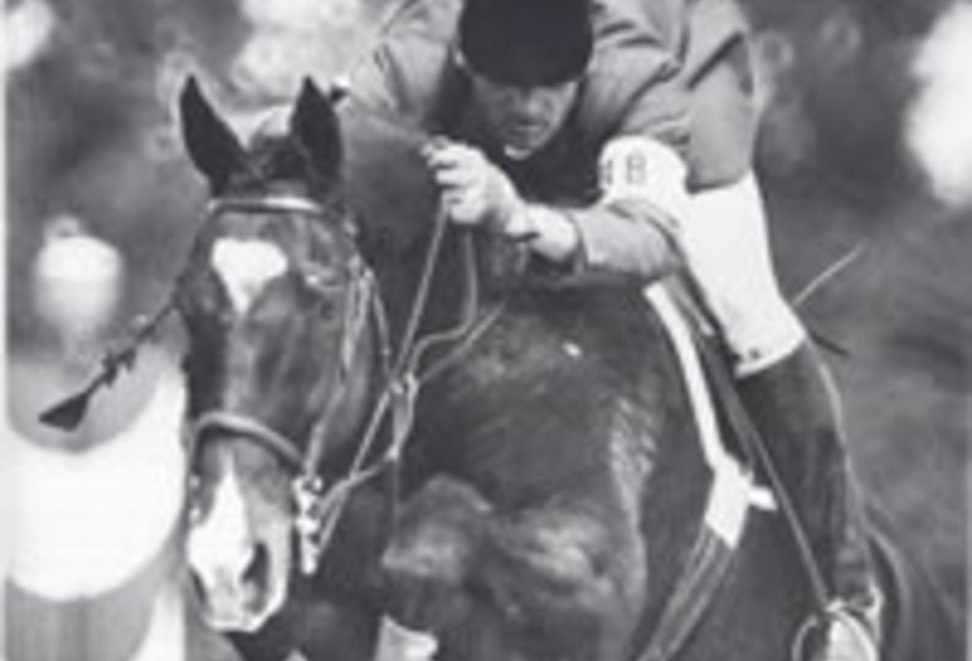 I was asked to fly over to La Baule, France well before the start of the 1972 Olympic Games in Munich, because Sloopy, Neal Shapiro’s mount for the Games, was sick and had lost a lot of weight and condition.

I took three large vet supply cases with me, but when my Air France flight landed, they were nowhere to be found. It took Air France three months to find them!

As we drove in to the stable area to see Sloopy, there was the legendary Snowbound, another Team horse and the one on whom Bill Steinkraus had won the individual Gold Medal at the 1968 Olympics in Mexico City, bleeding profusely from a laceration on his face. He had just cut himself on a sharp edge in the wash rack.

After applying pressure to control the bleeding, I went into town, which was much closer than the hospital, and bought some regular silk sewing thread, some sewing needles, alcohol and ice. We used the ice to anesthetize the skin and I sewed it up. The excellent blood supply to the face was responsible for the generous bleeding but, as with most face wounds, also contributed to very good healing.

Snowbound had a pair of bowed tendons from his failed career as a race horse. When he and Bill won the Gold at Mexico City (over the biggest Games course ever built!), he re-bowed in one leg. He had had a long rehabilitation and was showing and schooling wonderfully prior to the Games. Part way through the first round, however, he damaged a front suspensory ligament, which put him out of action.

Bill then rode his second mount, Main Spring, in the Nations Cup, where he had one of only three clear rounds in the whole competition. We finished second to the Germans (by just one quarter of a fault!) and came home with the team Silver Medal.

It turned out that after some treatment, Sloopy, the horse I had traveled over so early to see, recovered fully and with about four weeks to go was back in good health and ready for Munich. However, while schooling at Munich he got a long cut on his hind pastern. The cut required 30 stitches but I was able to sew it up, this time using proper implements as I had received replacements for the supplies that Air France had managed to lose.

Now healthy, Sloopy matched Main Spring with a clear round in the Nations Cup and, together with Bill, Frank Chapot and Kathy Kusner, helped us win the team Silver. He and Neal also went on to win the individual Bronze Medal as well.

It had been a hairy and tense six weeks with two Team horses that would someday be inducted into the Show Jumping Hall of Fame requiring medical help, but in the end it all paid off as we came away with our first team medal in show jumping since 1960 and an individual medal to boot!

For 24 years, Dr. Daniel Marks served as the team veterinarian for the USET and U.S. Olympic Teams in Jumping and Dressage and was an integral part of their medal winning success. He was inducted into the Show Jumping Hall of Fame in 2013.