“I Need $32,000 and Not a Penny Less or More”: Trainer Does the Math, Embraces Frank Talk & Actual Numbers in Sales Ad 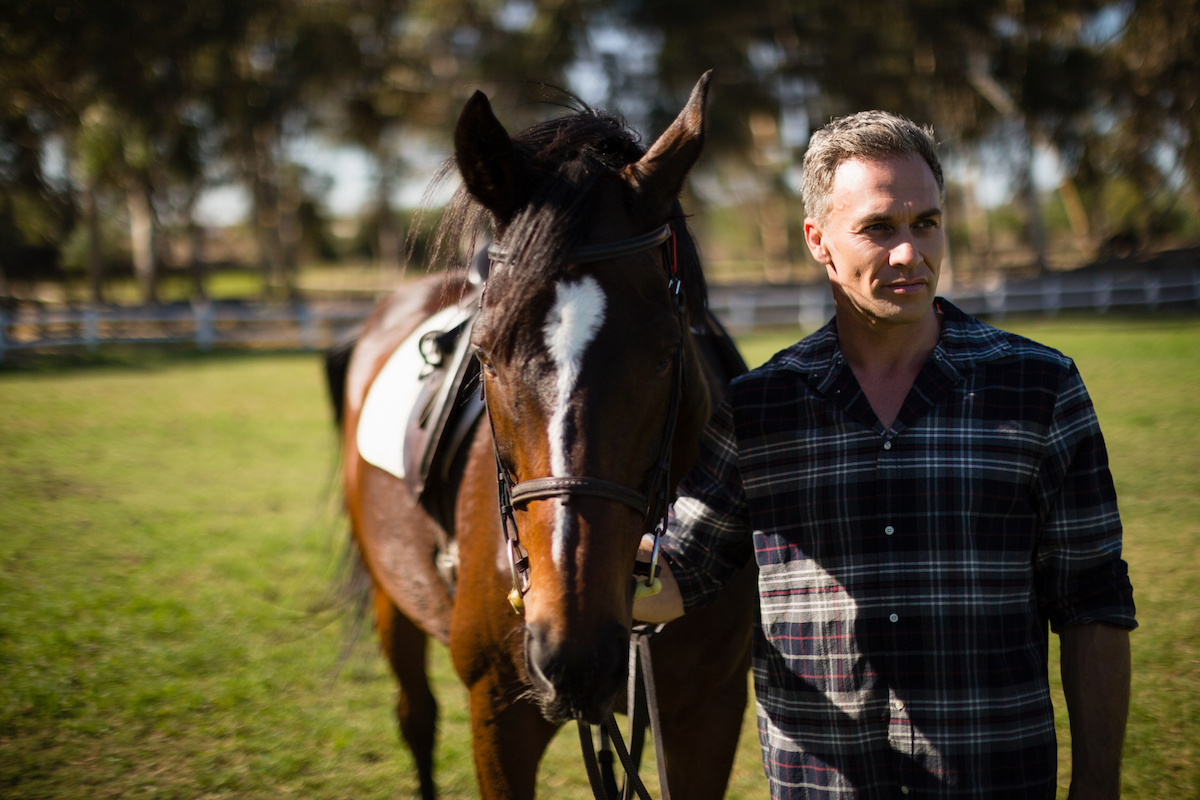 Athens, GA—A Georgia trainer decided to break with convention when he opted not to mince words or use coded numbers in a recent sales ad for the seasoned Children’s Hunter, In the Mood.

“In the Mood, or ‘Madge,’ is a 17-year-old, 16.2-hand Holsteiner mare who’s long past her prime but with plenty of good miles still left in the tank,” wrote Frank Everett, a well-known hunter trainer in the Athens area. “All that is, of course, assuming that you’re willing to maintain her twice-a-year vet work, keep her in decent shoeing, and don’t plan to ride her on footing better suited to Scooter’s litterbox.

“Many moons ago, Madge began her career competing in the High Performance hunters, and she still has scope enough to handle the Children’s/Adult divisions and below. But she doesn’t suffer fools. If your kid can’t steer, see a distance, or likes to look down at the jumps, I’d just assume save you and her the trouble. On the other hand, Madge is a great teacher, and always stops with her head up. If you’re into the school-of-hard-knocks method (no judgement!), I can promise you, your kid will safety learn to ride better for it.

“A granddaughter of the famous stallion, Contender, In the Mood doesn’t look a thing like him in color or conformation. She has frighteningly long pasterns—hence the bi-annual injections—but is nice enough to work with on the ground (she should be, she’s been doing this for long enough). Madge has plenty of tri-colors to her name and usually gets a piece of the hack, assuming you’re not at WEF, Devon, Lake Placid, or, honestly, Traverse City, Michigan these days. But at single-A-rated shows and under, you’re definitely in good company.”

“In the Mood has been not-so-sadly outgrown by her current rider, an ungrateful girl who just got a dynamite Large Junior hunter for Christmas that she did nothing to deserve and will undoubtedly fail to appreciate. To speak plainly, the kid’s parents and I just want to find Madge a good home that’s off our payroll as soon as humanly possible. I could say something here, like, ‘In the Mood is priced in the low-five-figures,’ but very much like Madge, herself, I’m too old to play cute and not at all interested in wasting my limited time or yours.

“And, so, serious buyers: We both know you’re about to start pouring over this horse’s oh-so carefully curated YouTube videos, so I will let you in on a little secret. They are cherry-picked from hundreds upon hundreds of rounds Madge has jumped throughout her show life, set to some obnoxious music her kid picked out, and—while they do look really great (I made sure of it!)—you should know, she really only goes that way about 2.3 percent of the time.

“Next, you’re going to scroll through Madge’s recent USEF record, and then you’re going to have questions. Let me help with that as well. As you’ll note, the very mediocre placings you’ll see from her in her last eight shows aren’t really Madge’s fault at all, but due mostly to the fact that her kid is barely interested in the sport anymore and was on the phone with her putz of a boyfriend for 90 percent of the weekend. She barely made it off the tack trunk and to her ring on time. That is to say, while Madge has her moments, she’s consistent enough, and a service poodle could have ridden her with more skill and gumption than her kid has these last four months.

“Figuring in commissions for both of us, shipping costs, and the general inconvenience that comes with buying and selling horses, in general, we think $32,000 for In the Mood, and not a penny less or more, is very fair. You can try to get tricky, or haggle on the details, but frankly I’m not interested. Trust me when I say, I’ve done the math.

“If you’re a decent human, with passable credit and reliable income, and will treat Madge right, PM me for more information. Or, better yet, for our money wire details if you really want to make my day.”