Which Team Will Win MLSJ 4? Ian Millar and Keean White Have a Few Thoughts… 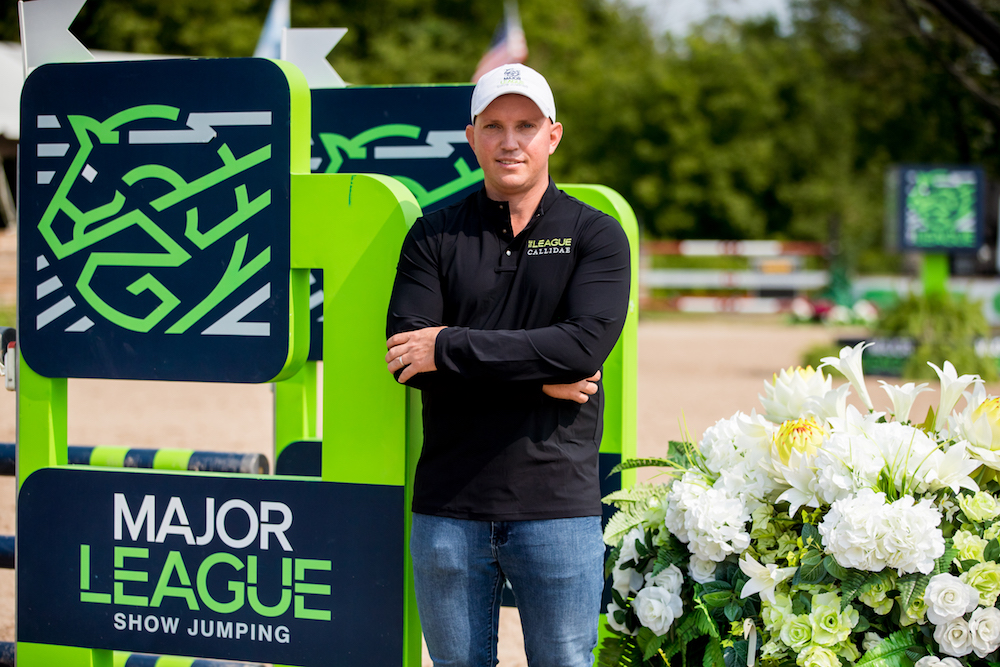 Which team is poised for a comeback? Which one has a long haul ahead? Can anyone catch Eye Candy?

Keean White: So let’s start off this week. Your daughter’s team, the winning team from Phase II and III, Eye Candy, will ride in the same three again—Amy Millar, Jacqueline Steffens, Paul O’Shea. Why change what’s working? What are your thoughts?

Ian Millar: Well, they really understand this format very well. This is the fourth time [that team has ridden] together and talk about a team—there’s synergy with those three riders. I have to say, I think they’re unstoppable.

Keean: Speaking of powerhouses, Lucky Charms. They’ve been once the winner; Eye Candy, twice. They’re right on their heels. We’ve got quite a rivalry forming between Eye Candy and Lucky Charms this week. Jordan Coyle, Shane Sweetnam, Andrew Bourns, they’re stacking the deck. They don’t have Margie [Engle] in, but I’d say they’re throwing everything at it.

Ian: They are going to give Eye Candy a serious run for their money. I think that is going to be a rivalry beyond words. I would predict it will come down to that jump off with the two riders, Paul O’Shea and Shane Sweetnam, and it’s just going to be who can go the fastest and leave the jumps up.

Keean: It would be interesting to see if the Lucky Charms save Shane for Round Three or if they use Jordan.

Keean: One of their biggest competitors this week would be A.I.M. United. We’ve had a substitution this week. Brianne Goutal’s horse was in and out of the clinic last week and is not able to compete this week. So Daniel Bluman has had subbed in under the substitution rule and he will be competing on A.I.M. United with Ashlee Bond, who’s fresh back from Tokyo, and Catherine Tyree.

Ian: They could be the dark horse of the whole thing. For sure, our sympathies go out to Brianne. Hopefully, the horse is just fine. But having Daniel Bluman in there, the winner of the Grand Prix and the co-winner of our first Open Welcome class here last week, he’s beautifully mounted. He’s a sensational rider. And as you say, that is an extremely, extremely strong team.

Keean: Now, last week, the maybe surprise or overachiever would have been the Crusaders. Peter Leone, Molly Ashe and Mac Cone rode last week. This week, they swapped Molly Ashe for Shawn Casady. Unfortunately, Alexandra Volpi is not able to attend due to entry rules to Canada, which have been somewhat difficult. So Mac Cone will again get the tap to sub in. Crusaders, can they do it again? Can they make round two again?

Ian: I think they can. Mac, of course I’ve ridden on so many teams with Mac, and I really am partial to him. Peter, I’ve known for forever and he is a wonderful competitor. I love that chestnut horse he rode last week. It’s fast, it’s careful, and he knows what he’s doing. It’ll all come down to their third rider.

Keean: Roadrunners. Last week they were one of our favorites. We had McLain Ward, Adrienne Sternlicht and Kaitlin Campbell. Actually, Kaitlin ended up being the strongest of the three. This week, Kaitlin remains and we have Christian Heineking. And we’ve also got Ali Ramsay stepping in on the Roadrunners. Thoughts on the Roadrunners?

Ian: I would have to call them a little bit of a long shot for the second round. Again, fine riders all but these other teams are that strong.

Keean: Blazing 7s, they had some trouble last week. Nicolette Hirt led it off. She had an uncharacteristic round. I know she’s back this week. She’s riding a different horse. The horse actually jumped fantastic in the Grand Prix last week. So I think they’re coming much stronger. We have Nicolette Hirt, Chandler Meadows and Lauren Hough.

Ian: So often when a rider has a bad experience, they come back and that’s when they’re really dangerous because they just want to make it up so badly they can’t stand it. So that young lady may come out and just lead the pack for us in the team competition. I wouldn’t count them out getting into the second round.

Keean: Now, another quite strong team, they ended up not making the cut last week. But, quite a strong group is the Diamond Devils. This week, they have Bliss Heers, Kristen Vanderveen and young Sam Walker.

Ian: On paper, that should be a heck of a team, and I would be highly suspicious that they’re second round material.

Keean: Last but not least, because they were the best in Round One last week, the Otomi Warriors. They’re riding the same team: Daniel Rihan, Jr, John Perez, Nicolas Pizzaro. They posted a zero last week in Round One. Maybe a little unlucky in the jump off, but they’ve been kind of climbing up the leaderboard the last few weeks.

Ian: And I suggested last week they would not get to the second round and sure enough, they did and they ended up an extremely respectable fourth. They proved something last week. And so, again, we cannot count them out.

Keean: So final thoughts. Who are you taking?

Ian: You know who I’m taking! I’ve got to go with Eye Candy.

Ian: I’m going to have to take the Lucky Charms this week. I think we’re down for another Eye Candy vs Lucky Charms duo.

Tune in Friday night at 8:25pm ET for Phase IV of Major League Show Jumping—live (and for free!) on MLSJ TV.