“Honey” Craven, a Man of Service 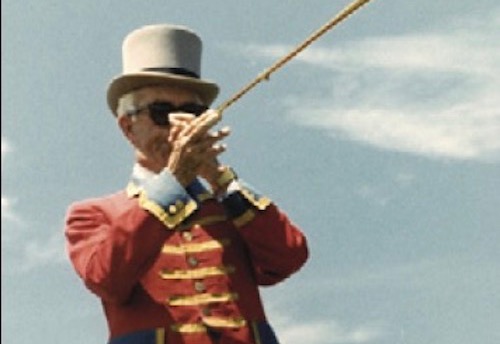 Clarence L. “Honey” Craven was around horses all his life. His many decades with the National and Devon Horse Shows, two of the country’s oldest and most respected events, saw him provide outstanding service to the sport and to those in it.

Craven left high school after his freshman year in order to work galloping horses at the Jamaica Raceway. From there, he went on to Woodbine Racetrack in Canada. He returned to the U.S. to work for Bill Naughton, who trained hunters and jumpers for Charles Van Brant Cushman near the Hartford Academy in Pomfret, Connecticut.

While attending a horse show in Rochester, NY in 1926, Craven was approached by W. Reginald Reeves, secretary of the National Horse Show. Reeves asked him if he would consider becoming an assistant to the National’s ringmaster, Dutch White. Craven accepted and began working in 1927 for $10 a day. The following year, Craven was promoted to ringmaster when White left the Show unexpectedly. Craven served in that position until 1958 when he began a distinguished 25-year tenure as manager of the National Horse Show.

As manager, Craven oversaw the National’s move in 1968 from the old Madison Square Garden at 49th Street and 8th Avenue to the new Garden above Penn Station. He heavily impacted the way horse shows were managed and how equestrian sport evolved. Always, his primary concern was the welfare of the horse and rider. It was Craven who suggested holding classes on Sunday during the National. Previously, that day had been reserved for exhibitions—trick riding, demonstrations and the like. Following the National’s 100th anniversary in 1983, Craven became Manager Emeritus, a position he held until his death in 2003.

Craven began working at the Devon Horse Show in 1936 at the invitation of Tom Clark, the Show Manager. Craven started by calling the classes. There was no public address system back then, so he rode Clark’s son’s polo pony over by the ring, found out how long it would be until the next class, and then galloped up to the barns. Craven then became ringmaster at Devon before taking over as manager and ultimately serving as Manager Emeritus.

Recipient of the USA Equestrian Lifetime Achievement Award, Craven had a brilliant sense of humor and was the one to whom horse show committees, officials and exhibitors looked for guidance and support. He never disappointed them. His passion for the sport and his sense of fairness greatly affected all those who have a love of horses.