7 Deworming Myths That Have Been Debunked

Home > Blog > Health > 7 Deworming Myths That Have Been Debunked 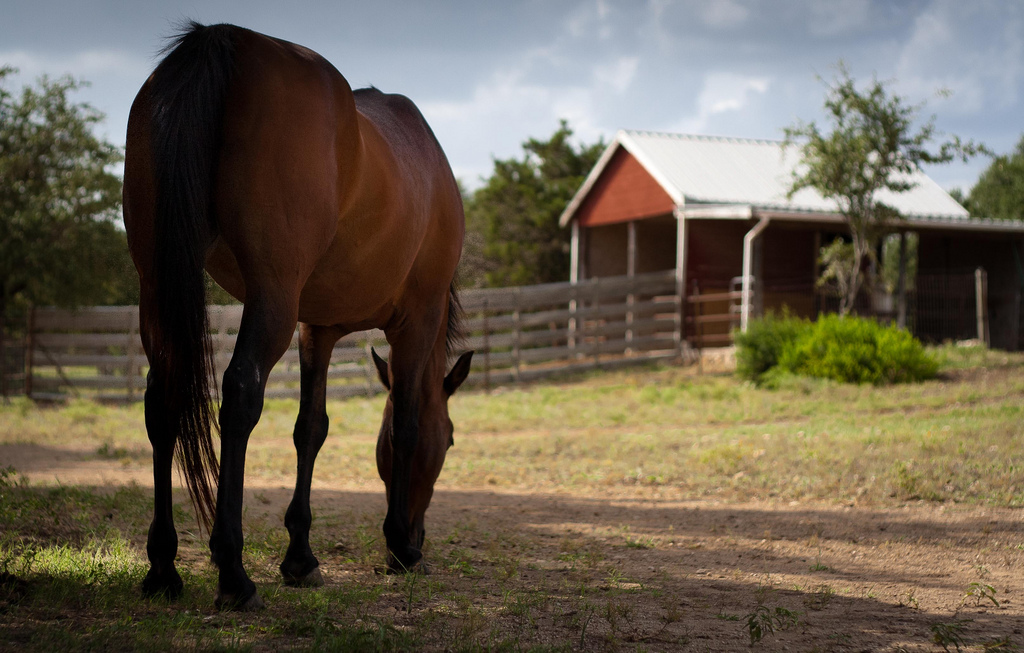 For decades, horse owners have been regularly deworming horses—with an almost messianic zeal—under the general rationale that all parasites are terrible and horse owners must do everything that they can to make sure that horses are completely parasite free at all times.

Interestingly (to me, anyway), while regular deworming has been recommended for horses for many decades, the first safe, modern anthelmintic, thiabendazole, was only developed in 1960.

Quick aside: Anthelmintic means “to destroy parasitic worms.” We pay a lot of money to learn words like that in veterinary school.

Regardless, this rather spurious goal—pushed by a combination of good intentions, a lack of information, and profit motive—has resulted in a lot of myths about dewormers, not to mention a whole new batch of parasites that are resistant to modern dewormers. But it’s the myths that I want to write about today, with the help of my friend, Dr. Martin Nielsen, Professor at the Gluck Research Center at the University of Kentucky, Co-editor in Chief for the journal Veterinary Parasitology, one of the world’s foremost equine parasitologists, and a really great guy.

Maybe if you know some more about some of the common myths, it will help you make more intelligent decisions about deworming: for your horse’s health, for the health of your bank account, and for your own mental health, as well. One can always hope.

So, without further ado:

With rare exception (horses that never get to be around other horses, that have no access to pasture, and/or that live in hot, dry conditions), most horses will never reach a stage of being completely parasite-free. Nevertheless, this illusion still seems to be the declared goal of many people. Unfortunately, achieving the goal of getting a horse to be parasite free, in the absence of special circumstances, is pretty much impossible, for at least three reasons.

1. No anthelmintic is 100% effective. That is, even under the best of circumstances, some of the parasites in a horse will not be killed after the horse is dewormed. Otherwise stated: nothing’s perfect.

2. The drugs themselves are becoming less effective, in part due to the constant over-administration of anthelmintics that’s been going on over the past many decades. Otherwise stated, parasites are becoming resistant to all of the drugs currently used to control equine internal parasites.

3. Lastly, even after deworming a horse, and even if the medication was 100% effective (which it’s not) horses can then become infected again almost immediately. That is, once the parasites are killed, the horse can immediately start getting infected with new ones. Anthelmintics offer no residual protection to the horse.

Deworming after the first frost

It’s been rather commonly recommended to deworm a horse 30 days after the first “killing first frost.” There are usually two main reasons given:

1. If intestinal worms were the worry, the winter would kill the parasite eggs or larvae

Thus, it was said, if you dewormed your horse 30 days after the first frost, you could kill all of the adult parasites in the horse, and he’d go into the winter parasite-free. Well, whatever truth there might have been to those ideas (not much, actually), the “after the killing frost” rational doesn’t hold up anymore.

The “deworm after the first frost” thing has led too many people to believe that one goal of horse ownership should be to eradicate all the parasites: a sort of anti-parasitic Holy Grail, as it were. But just like The Grail, the goal is a bit of an illusion. The message that parasitologists are trying to communicate today is that parasites cannot and maybe even should not be avoided. The goal shouldn’t be to kill all of the parasites, it should be to minimize the risk of parasitic disease.

The idea here was that if you killed the worms inside the horse, and the horse then shed them in his feces, keeping the horse in the stall would keep other horses from getting infected from eating the worm-laden poop. However, from a parasitology point of view, this idea doesn’t really mean anything. It turns out that the worms that are excreted and killed as a result of deworming can’t infect other horses anyway.

That said, even after deworming, horses may remain egg count positive for a few days following. However, that fact isn’t significant. Horses that shed a few eggs in their manure after deworming have also been shedding parasite eggs into the environment for weeks or months prior to deworming. Those few additional days are not going to make any difference: it’s only a very few extra eggs. Bottom line: if you’re going to deworm your horse, you can let him out of the stall when you’re done.

This one’s a little silly. Some people have advised giving horses with a big load of parasites a half dose, under the rationale that half a dose wouldn’t kill all of the worms, making it “easier” on the horse. If you did kill all of the worms, the story goes, it would block up the intestines. However, this is silly because:

Bottom line? There is absolutely zero evidence that reducing the dose of a deworming product protects the horse in any way.

Dose according to the label

Seriously, you’d think there would be something to that concept. However, the fact is that drug label claims don’t mean much anymore. The information on most of the labels is at least 25 years old! Otherwise stated, current products used to deworm products are advertised based on the performance of the drug when it was first introduced. The doses under current (parasite resistant) circumstances doesn’t really match up with current performance: the doses on the labels are a charming bit of history, but that’s about it. At this point, the label doses are more about safety than effectiveness and dewormers are one of the safer medicines out there.

For many years, horses owners were advised to “rotate” between classes of dewormers, under the general rationale that if one dewormer didn’t get the parasites, another one would. Unfortunately, rotating dewormers doesn’t make any sense, at least not from a pharmacology perspective. Rotation between anthelmintic classes does not prevent anthelmintic resistance, and never did. In fact, because of the current resistance profiles of parasites, there often are no viable classes to rotate between anyway.

If real medications aren’t going to get all of the parasites, what about the many feed supplements marketed as “natural” dewormers? In a word, “No.” Whether it’s diatomaceous earth, plugs of tobacco, or some proprietary mix of herb, there’s absolutely no evidence—zero—that these sorts of products have any effect at all on horse parasites. Plus, if you’re going to split hairs, it’s “natural” for horses in the wild to have parasites. If you’re going to try to kill your horse’s internal parasites, save your money for products that have proper documentation of claimed effects.

So, given that so much of what horse owners have been told turns out to be untrue, what’s a concerned horse owner to do? Well, for one, accept reality—no matter how many times you deworm your horse, and no matter what product you use, it’s not going to make a horse completely parasite free. The most important thing for you to do is to test your horses and monitor them. Horse owners need to develop effective parasite control programs—not just deworm willy-nilly.

I’ve written a good bit about this over the past few years. Dr. Nielsen has also developed a YouTube channel with lots of great information about equine parasites.

Myths may be fun to remember. We really shouldn’t live by them.