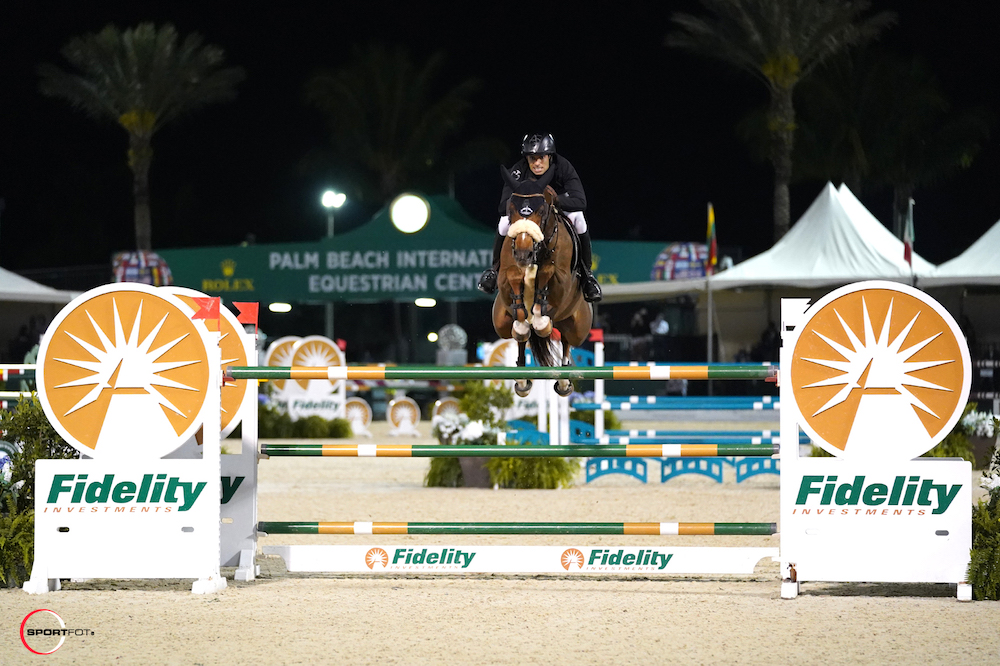 With the EHV-1 outbreak shutting down competition abroad, USA is the only country running international show jumping circuits at the moment.

But you’d never know it from the headlines.

Florida’s Winter Equestrian Festival (WEF), widely recognized as the most competitive winter circuit in the U.S.A., hosts the most 5* competitions and the largest collection of top ranked riders each season. This year, it’s the non-American riders dominating the Grand Prix classes though.

Nine weeks into the 12-week circuit, riders from Europe and Egypt have won all but two of the feature events held so far. And the trend shows no signs of slowing.

In the seven weeks since, however, it’s been foreign nationals leading the victory gallop.

Great Britain’s Ben Maher and the 18-year-old stallion Tic Tac started the trend with a 3* Grand Prix win on Week 2. (Note: Canada’s Eric Lamaze and his 18-year-old partner Fine Lady 5 were second—it was oldies but goldies week at WEF.)

Daniel Deusser (GER) has twice added his name to the list, winning 4* Grand Prix classes on Week 4 with Killer Queen VDM and again Week 8 with Scuderia 1918 Tobago Z. In those two week’s combined, McLain Ward and Contagious were the only American combination to finish on the podium (third, Week 4).

Week 5 saw Ireland’s Shane Sweetnam win the first 5* of his career aboard Alejandro. While countryman Bertram Allen (IRL) took the top spot in the 3* Week 6 with Castlefield Vegas and in the 5* Week 7 with Pacino Amiro. (Devin Ryan and Eddie Blue’s third place finish Week 5 the only U.S. podium finish among them.)

Last week, the ninth of WEF 2021, Egypt’s Abdel Saïd and Bandit Savoie rode to a narrow victory in the $401,000 Fidelity Investments® Grand Prix CSI5*, beating Deusser and Killer Queen VDM by 100th of a second.. Ireland’s Cian O’Connor and Kilkenny finished third—completing a foreign rider sweep of the podium.

There are three weeks left in the WEF 2021 season.