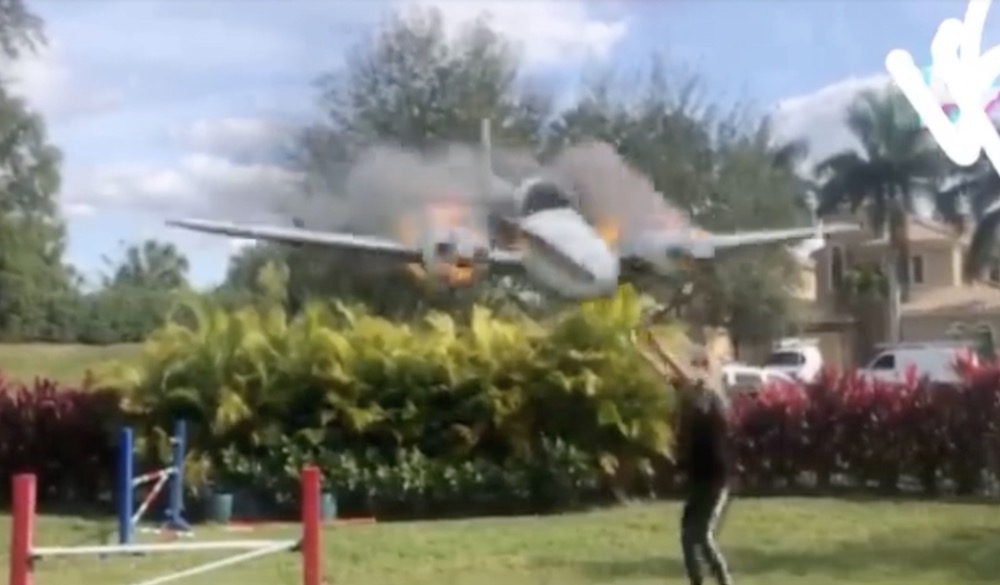 After a flurry of Instagram backlash, aspiring rapper and multiple FEI World Cup™ Jumping Finals competitor Ljubov Kochetova was forced to clarify that she does not, in fact, have the ability to catch flaming propeller planes with her bare hands.

The showjumper for Russia felt compelled to respond after publishing an Instagram post late last month to promote a new single with her husband, OGStally, entitled, “She’s Mad.” In the video, Kochetova’s rap alter-ego, Lina Dior, is seen dancing along to the song when she is interrupted by a careening, earthbound two-seater.

The singer manages to catch the plane in her arms mere seconds before it hits the ground and implodes, thereby saving all aboard, as well as, what appears to be, a nicely manicured dog agility course in downtown Wellington.

Although adept at fielding the occasional troll on her social media channels, a rep for Kochetova said this latest buzz surrounding “She’s Mad” left her somewhat bewildered.

“To be honest, she was taken aback, a little bit, that something that was intended to be entertaining—and really all-in-good-fun—could be so blatantly misconstrued on social media,” said a rep for the multi-talented rider/rapper.

“I think that tribalism and this new culture of rampant politicization in our news outlets is somewhat to blame. Everyone is bound and determined to believe whatever they see, or read, just as long as it’s circulated by other people in their friend groups on social media—even if it’s sheer ridiculousness,” he continued.

“By and large, the public seems to have lost its ability to interpret fantasy from reality, or, at the very least, to use a bit of constructive reasoning before hitting that share button. Sadly, I think the real loser here is comedy, and by extension, artistic license in all of its forms.”

When he was then asked if the small, animated deer that sometimes features in Lina Dior’s songs had ever been harmed during the making of her videos, the rep just shook his head.