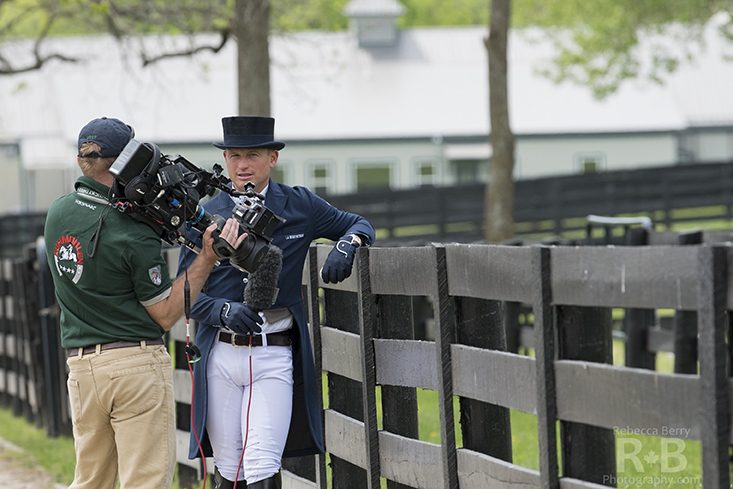 I spent 10 years of my eventing life in Ocala, Florida competing against and losing to some of the best riders in the world.

It was quite something to ride in the same division as Leslie Law and something else entirely to enter the dressage ring seconds after he exited on his Olympic gold medal horse Shear L’eau. The odds of beating that pair weren’t tipped in my favor and I should have advocated for separate divisions. Olympians over here and mere mortals over there.

Moving from the Pacific Northwest (PNW) to the southern East Coast I found I had culture shock.

Seeing a famous horse person on the east coast was common. They’re everywhere. You can find one in the grocery aisle just as easily as the tack store; in a restaurant just as often as a horse show.

In the PNW, we throw a ticker-tape parade to welcome an Olympian arriving for a two-day clinic, before scuttling en masse into a cold arena on a winter morn to watch them teach. In the PNW they are a rare species.

The first time I saw David and Karen O’Connor, outside of a magazine, they were just standing around talking amongst themselves as casual as you like. Almost as though they had no idea who they were.

But I knew who they were.

Olympic medals, World Equestrian Games medals, Team USA jackets. They rode famous horses like Custom Made, Giltedge, Biko and, of course, Theodore O’Connor. And there I was watching them talking near a food truck in their show clothes because we were competing at the same event. It was shocking on many levels.

If I won an Olympic medal, I would wear it every day. An accoutrement for every occasion I would have thought. Yet, the equestrian royalty is humble enough that they don’t feel the need to wear their accolades.

Not long after witnessing the nonchalant dynamic duo, I saw the legend of eventing acting equally as casual. Bruce Davidson was sitting in his golf cart watching dressage while having lunch. How oddly normal. I don’t know what I expected from him, but it wasn’t this laissez-faire, feet on the dash while eating a sandwich scene I saw before me. Perhaps a phalanx of bodyguards would have better suited my vision.

Over time this fangirl persona of mine dissipated. I wouldn’t say I was immune to rubbing elbows with the elite members of the eventing world, and by rubbing elbows I mean standing near them at the scoreboard. But I did start referring to them by their first name in general conversation.

Though I was unable to sustain a high level of fangirl hype over my years in Ocala, my admiration never wavered.

If I was walking my cross-country while Bruce Davidson was on course, I was compelled to watch. I remember marveling as he hunted on down to square cordwood pile on the advanced course. I’m sure he saw his distance 15 strides out. If only I could have harnessed half his ability.

This is what’s so beautiful about equine sport; the accessibility to some of the world’s best horses and riders.

Obviously, we can’t wander around FEI barns and hop on Valegro or offer a carrot to Big Star. But if we spend time around the warm-up rings, we can watch them. The Olympians, the medal winners, the ones the media flock to will be out there doing what they do best.

Another beautiful thing about equine sport is that top riders have young horses competing at the lower levels. This avails us keen onlookers and competitors to not only see the elite but also ride against them, no matter the discipline.

And even though we can’t ride against the best racehorses and jockeys, we can still watch them working towards the first Saturday in May, for free. The payment comes in the form of an early wake-up call to stand trackside during morning workouts.

All you need to do is pick the right track, such as Santa Anita or Saratoga, at the right time of year and the horses, jockeys, trainers and owners will be there with journalists hoovering, waiting for interviews and photo ops.

Having now traded in my riding hat for a journalism one, I thought that I would have outgrown my fangirl status. Armed with credentials, I thought I would arrive at a venue with the knowledge the greats would be there, wander amongst them, noticing them no more than I would a good-looking guy and carry on with what I was doing, thinking no more of it.

This was not the case. I’m 48 and just as juvenile about seeing “them” as I ever was.

I’m never brave enough to say anything. What would I even say? “Hi!” “You’re awesome!” “Your horse is so pretty!”

I, an ordinarily extroverted person, clam up.

On some occasions, I am granted the privilege of media accreditation. But with credentials comes the unspoken understanding that a certain level of decorum must accompany that little lanyard from which my ID card dangles. If I act all fangirly, gasping, screeching, staring and pointing every time I spotted someone famous, I would systematically undo the integrity of the journalism industry one shriek at a time.

What I am brave enough to do is stand 1000 feet away with my camera and long lens and fire off a few hundred shots. Or hide behind a leafy tree, like true paparazzi, and steal a few frames. I’m not proud of this behavior. It’s why I don’t conduct interviews. I prefer to use my journalism degree in a photographic manner rather than the “can you speak into the mic please” variety.

If I’m on-assignment, I’m a little braver, comforted in the knowledge I can blame whoever has hired me for my intrusion during a stressful time. Though, to be fair, all the riders are accommodating and understand we are just doing our job. It comes with the territory when you at the top.

I have yet to be forcibly removed or escorted off the property from a sporting horse venue. I just keep my fangirl tucked away and when I feel her emerging, I smack her back down and pull myself together.

Feature image: Not sure how he saw me standing so far away, but he did. Words of note being, “he saw me.” Michael Jung knows I am alive. Kentucky 3-Day Event, 2017.