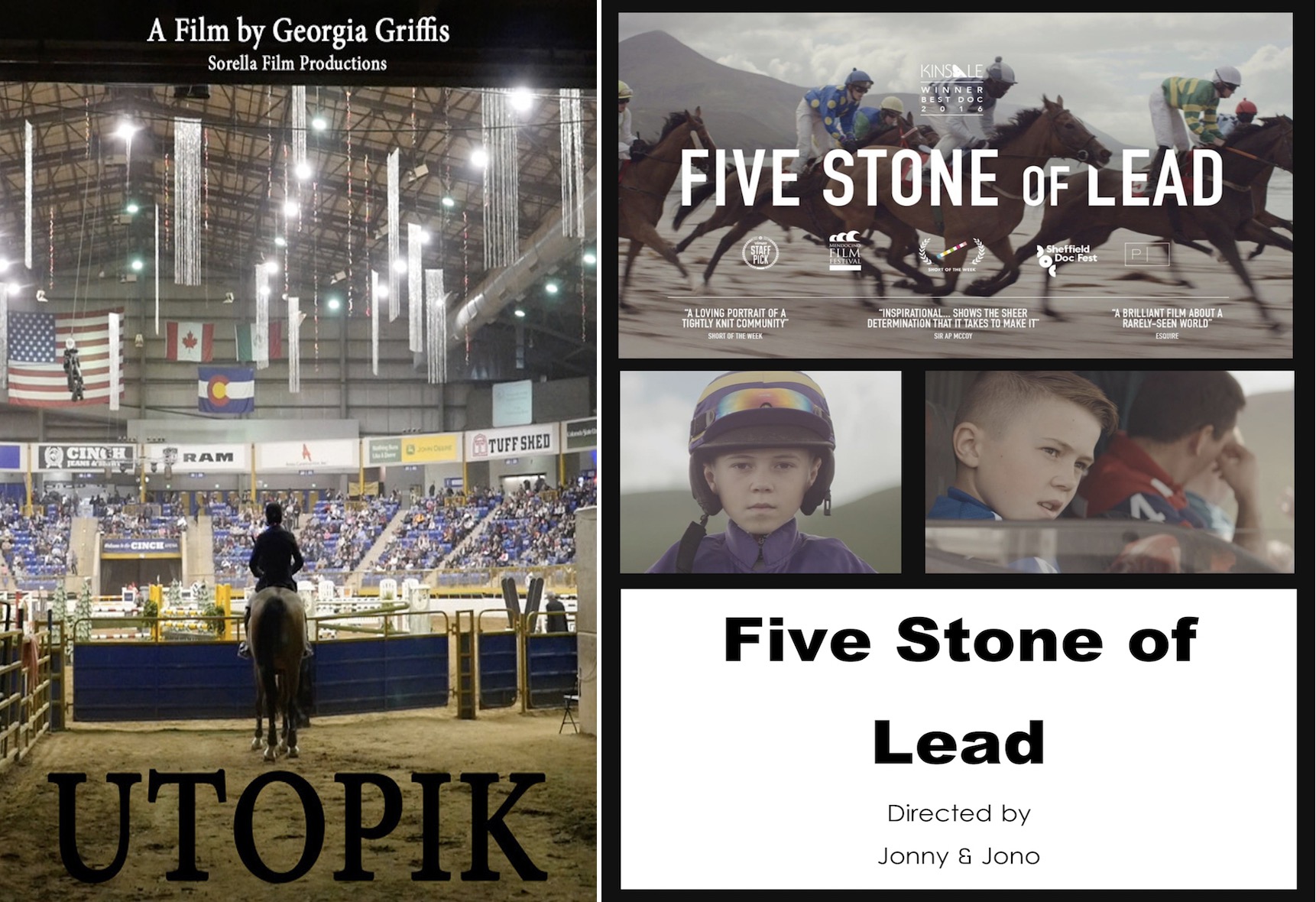 The end of the year has come at last! 2020 is winding down, and it’s time to heave a sigh of relief and take a break.

If you are like me, then you are probably reaching for those pjs and a hot mug of hot chocolate and snuggling up for some long overdue chill-out time. Here are the top five films I watched in 2020 that you can stream now on the EQUUS Film Channel.

“I felt like a five-year-old kid riding a tyrannosaurus rex,” trainer Charlie Carrel said, describing his early rides on Utopik. The 17-year-old Dutch warmblood had tons of talent and ability, but he was afraid of everything and was often dangerous in the show ring. Nevertheless, this tiny film named after the big gelding shows what can happen when the right horse and the right trainer find each other. This short will make you wince at some nasty spills and marvel at the deep connection found between horse and rider.

As I watched Five Stones of Lead, I found it hard to decide which was better, falling in love with the tiny and fierce jockey named Dylan or gushing over the Irish coast he races on. One of the most impressive things about this short is how immersive it is for only being five minutes long. Not only are viewers completely enmeshed in Dylan’s training and his world, but it leaves you with that ache of wanting more.

A big race that determines the characters’ fate seems like the most worn-out horse movie plot choice—until you see Halter Off. This extraordinary documentary will have you screaming at your screen by the end as the dapple gray racehorse, who is the namesake of the film, gallops down the last furlongs. Halter Off made my top five for its compelling storyline full of redemption and adrenaline, and its main subject, the trainer Angelo Jackson. Despite his struggles with addiction and fiery temper, you cannot help but root for him as his charm, grit glow through the screen.

In a year where the world seems more divided than ever, no film gave me as much hope as Stallions of Palestine. This beautifully photographed film follows the life of Abdel Naser Musleh, a young Palestinian breeder of Egyptian Arabians on the West Bank. To train, care for and breed his horses just as any other horseman, Nasar must go back and forth across contested checkpoints and navigate complicated bureaucracy. However, his passion for horses allows him to find friends across borders and politics. His friendships with other trainers both Palestinian and Israeli are as beautiful as his horses.

Pee Wee Lovell is one of the rare equine films that is brave enough to look at the messy, often drama-filled life of a show barn. Infidelity, illness, betrayal, and challenges with money are figure into this film with a warts-and-all vulnerability that makes it an irresistible watch. This documentary profiles Parker Lovell and her daughter a Cashlyn, and their life running a riding academy in North Carolina. As the film follows the build-up to a small show on the property, it also features flashbacks to Parkers complicated life with the horse trainer Cash Lovell. As the show gets closer, Parkers complicated life comes into full focus with complex clarity.