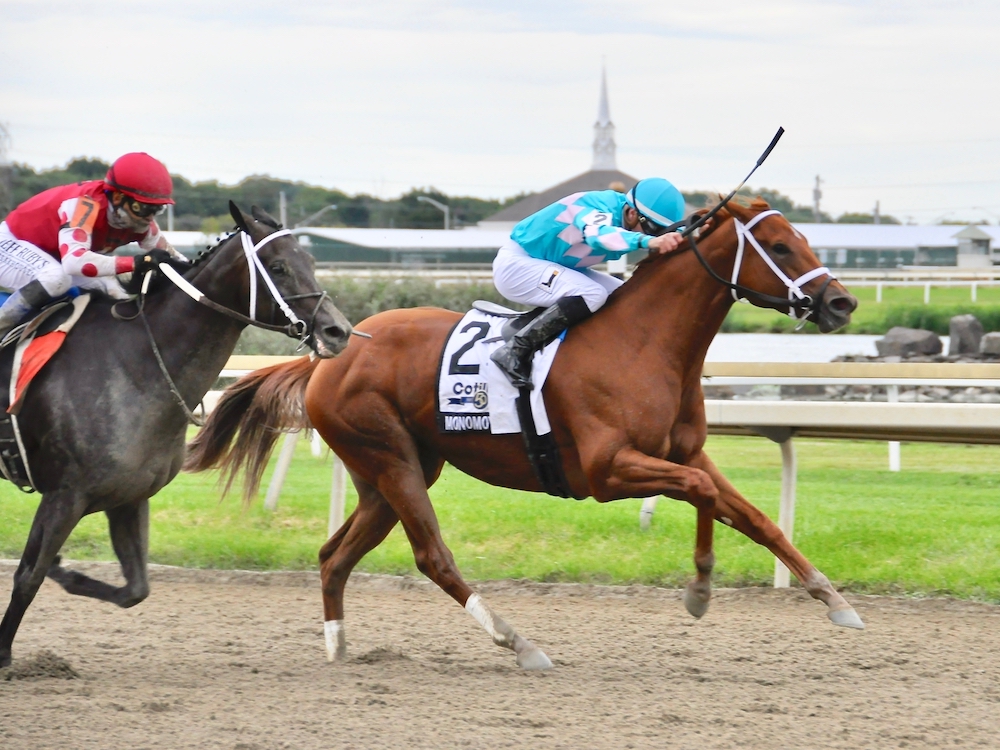 It was later announced the 2020 Breeders’ Cup Classic and Kentucky Derby winner Authentic would be retired from racing to stand at Spendthrift for $75,000. He will join the stallion corps there alongside his sire, Into Mischief, who stands for $225,000 in the coming season, the highest price among North American stallions.

The stratospheric purchase price for Monomoy Girl was a signal that the new connections intended to keep the five-year-old daughter of Tapizar in training and on the track in 2021 as a six-year-old. Currently 13-2-0, she is relatively lightly raced, having run four times this season and missing all of 2019 due to minor injury and a case of colic.

Almost immediately, Ned Toffey, Spendthrift general manager confirmed she would remain in the care of trainer Brad Cox with the intention of continuing a racing career that has earned $4,426,818.

Spendthrift also purchased Got Stormy for $2.5 million and immediately announced the five-year-old Get Stormy mare would remain with trainer Mark Casse and on the racetrack for the 2021 season. The durable earner of $2,022,628 will seek to add to her 10-5-3 record over 26 career starts.

Authentic retires to stud with a 6-2-0 record in his eight starts. His 1:59.19 Keeneland time for the 1 1/4–miles Classic broke the 2015 track mark set by Triple Crown-winner American Pharaoh in the same race.

“We felt there wasn’t a lot more to accomplish for a Kentucky Derby and Breeders’ Cup Classic winner,” explained Toffey. “So, we made the decision to retire Authentic to stand alongside his Champion sire Into Mischief,” said Toffey. “This was what we hoped we would have at the end of the year so this was just a dream scenario for us. We believe in the sire line and feel Authentic is a big part of its future.

“A three-year-old as well-bred, talented and accomplished as Authentic is rare,” Toffey concluded. “We couldn’t be happier with his career, and we’re really happy to have him here now at Spendthrift. We are looking forward to his second career.”

Spendthrift announced it had purchased majority interest in the colt earlier this year. The Farm continued to campaign him with Starlight and Madaket, along with the micro-share ownership experience MyRacehorse. SF, Hertrich, Fielding, and Golconda have since sold their respective interests.

The colt was trained by Bob Baffert throughout his racing career.

It is tantalizing to speculate additional plans may be in the offing for Got Stormy, perhaps even Monomoy Girl, involving MyRaceHorse.

Michael Behrens founded the enterprise with the idea of selling public shares in racehorses for $65 to $206 each at initial offer, much like publicly traded stocks.

Spendthrift’s Hughes, a great supporter of popularizing Thoroughbred racing, which he likes to say “is a better sport than the National Football League,” agreed to have the Farm become involved.

Shares in Authentic were initially offered for $200 each. The shares were marketed through online platforms such as Facebook with the tag ‘Own shares in a racehorse trained by Hall of Fame trainer Bob Baffert.’

While the colt initially was relatively unknown, Baffert is the most successful American trainer and Thoroughbred racing’s most recognizable public face.

Interest in the Authentic shares grew after his Sept. 5 Kentucky Derby victory. There are currently 5,314 individuals owning at least one share. Their share agreement will continue throughout the colt’s stallion career, making an initial $200 share a potentially lucrative investment.

Monomoy Girl’s trainer Brad Cox’s star has risen to the top of the sport’s hierarchy. He won four of the weekend’s 14 Breeders’ Cup races. Casse is also a highly successful trainer. Their involvement could further broaden the base of potential investors in the MyRaceHorse venture.

BREAKING: Maximum Security is being retired from racing to Ashford Stud, KY. The Multiple-Grade 1 and graded-stakes winning three-year-old son of New Year’s Day will stand for $20,000. He retires with a record of 10-2-0 in 14 starts and career earnings of $12,431,900.

Preakness winner Swiss Skydiver will remain in training to race in 2021.