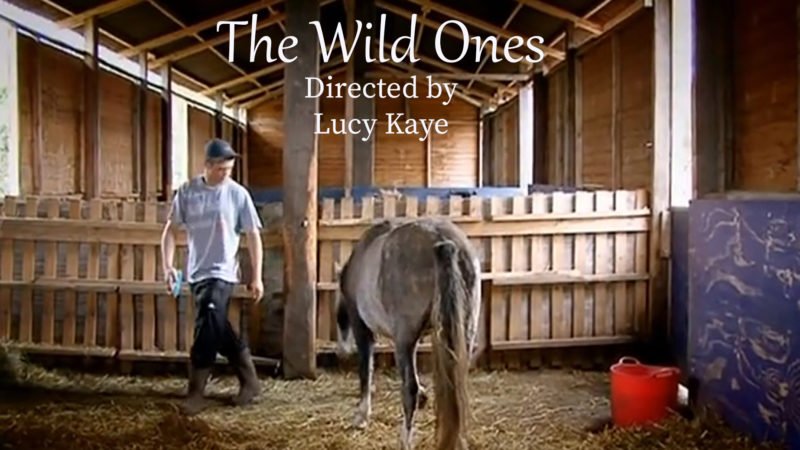 It was windy, wet, and dreary where I live this past weekend. But as the rain pelted outside, my laptop screen lit up with dozens of horse films from around the globe.

The EQUUS Film & Arts Fest, a digital event this year, has kept up its game with fantastic films that remind us all of sunnier days in warmer pastures.

If you are unsure what to watch first, I have put together my Top 10 list to get you started.

The gorgeously photographed Jean Michel Bazire only finished filming in early January. While it is strange to see large, tightly packed crowds of excited spectators with the year 2020 in the same shot, the film is a compelling insider look into the world of French sulky racing and the quirky trainer Jean Michel Bazire.

Pulled from the footage of Annette van Trigt’s feature-length documentary Totalis: The Extras is a carefully filmed dressage test performed by one of the greats. While it is not exceptionally exciting, it gives dressage lovers the rare experience of watching the first horse ever to receive a 90% on a dressage test do his stuff in front of a small if not enthusiastic audience.

There is an undeniably horsey level of schadenfreude watching trainer Paul Randall try and fail to catch his grey horse named Mito. This funny, painfully relatable short was created by Paul to demonstrate that teaching a horse to come when they are called is an entirely different skill than catching one. It is both a convincing demonstration and a cathartic giggle as we watch Mito tear around the pasture with Paul in pursuit.

Check out an interview with Catching Mito’s filmmaker here.

Prepare for unprecedented levels of cuteness with Stand and Deliver Santa. Originally a supplement commercial, this mini short feature’s Thelwell’s Fiona and Kipper as they attempt a stagecoach style robbery of Santa himself. This epically precious film will get even the biggest grinches in the room smiling as little girls and tiny ponies steal the show.

Even though Kazakhstan has a deep nomadic heritage full of horsemen, the country’s gifted and dedicated show jumpers struggle to make themselves relevant to their own country and the world. Over the Barriers profiles various riders as they dream of their flag flying at the world games and the Olympics. The film offers its viewer not just stunning landscapes but also an interesting cross-section of horse culture that we don’t often think about here in the west.

Watch an interview with the director, Banu Ramazanova, here.

By far, one of my all-time favorite films on the EQUUS Film Channel, Stallions of Palestine joins young, charismatic horse breeder Abdel Naser Musleh on through a season of breeding and showing his beloved Arabian horses. Not only is the film and its horses beautiful, but it is also gives the viewer a sense of hope for our ability to find friendship across all kinds of challenging divides.

Read my full review of the film here.

British trainer and filmmaker Emma Massingale trekked alone across the Scottish Highlands with two cheeky and completely unbroken Highland Ponies. Her goal: have them trained to ride by the time she finished her journey. Thankfully for us, she recorded the whole thing. The equine stars of this short film, Hewie and Hector are utterly charming even when they are jerks. The Mountain landscapes are breathtaking, and it is a pleasure to listen to Emma fills us in on what she thinks as she works with the ponies.

There are many movies about the various Mustang training programs in prisons around the west, but Mustang Moments stands out for the sweet, candid way it allows the stories of trainers, horses, and inmates to unfold on screen. Set in a correctional facility in Arizona, director Jamie Williams captures a training session with the inmates and interviews many of them about how they have changed since they started working with wild mustangs. These big tough guys melt around horses and donkeys, and in the process, my heart melted as well.

Horses are not just a means of transportation, a passion, or even an animal to love. They are also often a lens through which we can tell our own story and the story of the world around us. This idea is profoundly true for Israeli equestrian Nancy Zeitlin and the documentary about her life called UnReined. Nancy spent ten years crossing the checkpoint to teach riding to Palestinians in the city of Jericho, often illegally and to the dismay of conservative Jewish family members. But that’s just the tip of the iceberg. In the film, she travels to Europe to pursue the Olympics, trains young riders from Ethiopia, spends a brief time as part of the Orthodox Jewish Community, and has an array of ill-fated romantic relationships, all while the conflicts of Israel rages around her. Unreined is a testament to the magic that can happen when a filmmaker bears their whole messy story.

The Wild Ones is not a glamorous horse film. Nor is the horse sanctuary near the housing estates in Liverpool, England where the film takes place—tangled manes, mud, and bailing twine abound. Nevertheless, no filmmaker should make a documentary about equine therapy without watching The Wild Ones first.

The documentary trails several troubled teenagers who attend Impact Pupil Referral Unit, an alternative learning program to prevent disruptive teens from being expelled from school. In the first few scenes, suspicion of adults and anger at the hand the world has dealt them boils through the young people in the classroom. When a select group are sent to Bernadette Langfield to work with horses deemed as unmanageable as the teen themselves, the transformation is remarkable.

Under her steady, quiet hand, the teenagers open up, tell their stories, and find a wealth of patience, love, and vulnerability that make this little film impossible to look away from.