In “The Stallions of Palestine,” Love of Horses Defies Conflict

Home > Blog > Books and Film > In “The Stallions of Palestine,” Love of Horses Defies Conflict 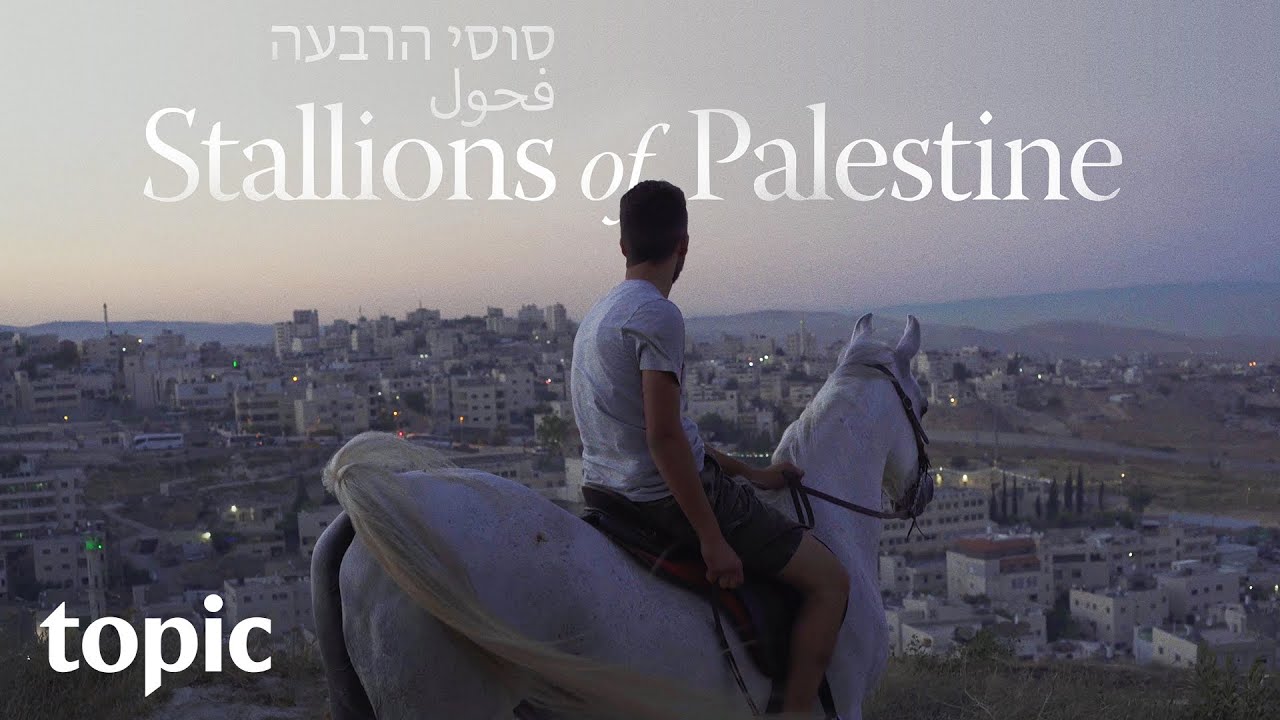 In a quiet scene that seems to emblemize The Stallions of Palestine, young horse breeder Abdel Naser Musleh carries a halter and lead rope in one hand as he walks through the turnstiles, crosses traffic, and passes concrete barriers on his way back home.

He has just dropped off his young colt at a trainer to prepare for an upcoming show. It is better, he explained earlier, to leave a horse on the other side of the border before the event because the checkpoints stress horses out.

Abdel, his family, and his tiny, but achingly beautiful barn of Arabian horses live in the West Bank of Israel, a contested stretch of land inhabited primarily by Palestinians. However, due to conflicts over new Jewish Israeli settlements, the West Bank is often in the International news. The delicate and often dangerous dance of borders is a constant theme throughout this 45-minute documentary.

At the start of the film, Abdel and his family sneak an Israeli vet into the Palestinian area when a foal falls sick in the night. Later, they discuss having to get medicine, frozen semen, many other essentials, and of course, horses on the other side of the border. Despite the struggle, Abdel states that he loves being a horse breeder where he lives. Because whether the owner is Israeli or Palestinian, they find common ground in horses.

Abdel breeds Egyptian Arabians. He gushes lovingly at many points in the film about his horses’ conformation and breeding.

“I love my horses better than my friends,” he says at one point meticulously picking out a stall.

He also notes that through horses, he has made many different friends from all over Israel. His best friend, Subhi Hakrush, lives in Telavi and is an Israeli. He is also a breeder, and the two have a pair of colts from the same stud. The chemistry of their friendship on camera will give any viewer faith in humanity.

Horses can be both the victims of human conflict and the balm that heals it. Abdel and his family have heard whispers of horses dying at the checkpoint and the creator of the film, Elsie Coker, tracks down a horse dealer who was there when a sick horse was not allowed to cross. She also interviews horse trainers and breeders who tell her about Palestine barns torn down or issued crippling fines, making it harder and harder to maintain the animals.

The horse show, however, is the place where the politics of the outside world falls away, Abdel notes. Jews and Muslims alike find connection over the shape of a horse’s neck, of the position of a tail. They do business together, eat together, and prepare their horses together.

Here in Israeli, many of the horsemen note, small breeders with barns at the back of their houses, like Abdel Naser Musleh, can also compete and win against Sheikhs and princes. Big breeder or small, one side of the wall or the other, the horsemen of the region create a common bond through the power of horses.

Watch The Stallions of Palestine and more on EQUUS Film Channel, your All Access Pass to the best horse films on the Web!