Home > Blog > Memoir > You Win Some, You Lose Some 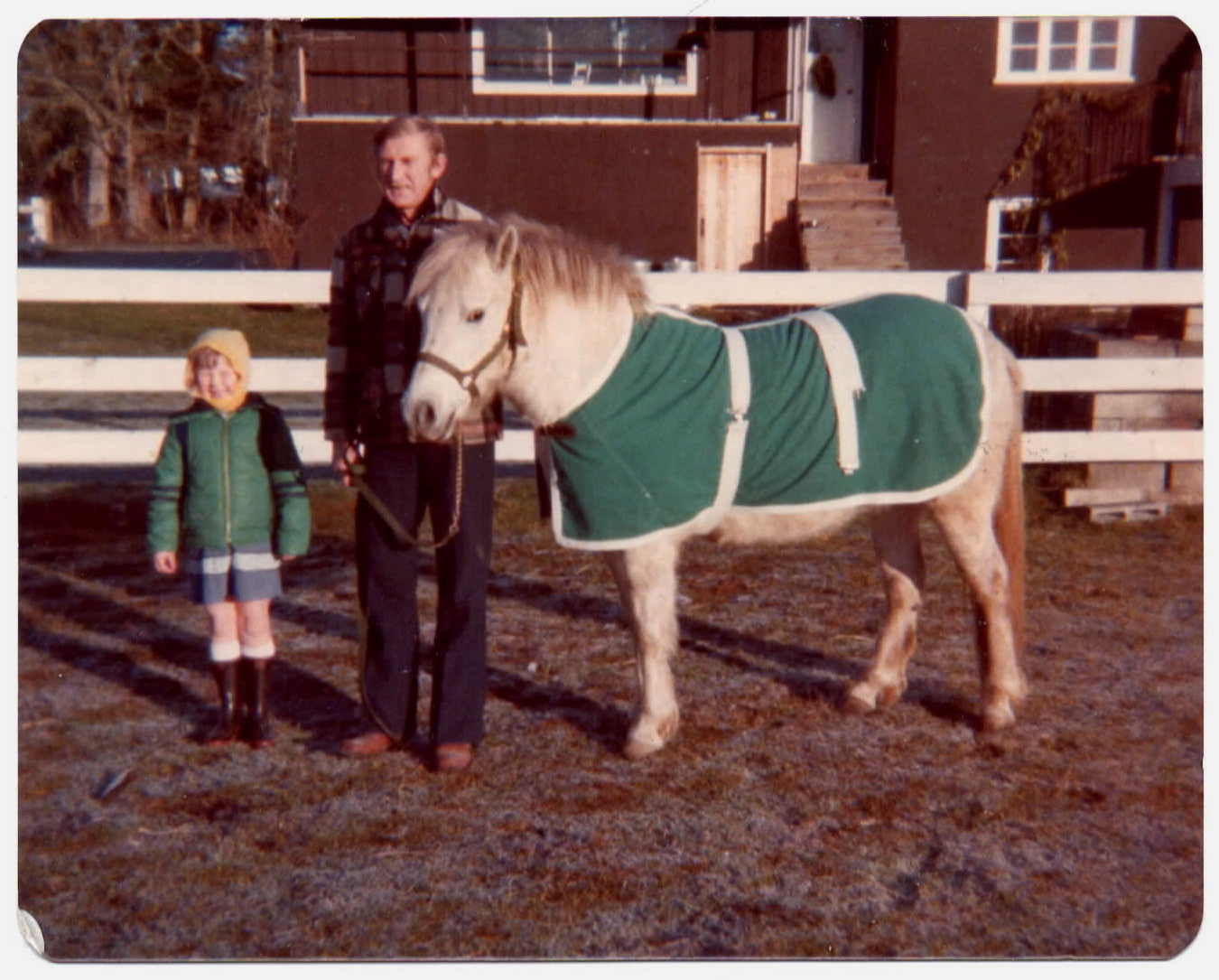 “You win some, you lose some,” my friend’s dad said when he learned my pony’s name.

I was six at the time and his words have always stuck in my head, though I don’t remember him at all or my friend for that matter.

Winsome was my first pony and as with many first ponies, she was difficult. She embodied those charming characteristics Norman Thelwell based his career on—those famous drawings of ponies doing their level best to deter children from wanting to ride. But those kids were keen, and so was I. Though Thelwell covered almost every pony trait or vice, depending on how you want to view ponies, Winsome knew a few tricks Thelwell did not.

My parents were greenhorns when it came to horses and thought buying a pony for their only child at the cost of $200, tack included, that went by the name of Cheeky Charger was the right decision.

Mom, ever the optimist, changed my pony’s name from accurate to ironic.

Of course, at the time, some 40 years ago, I was beside myself with excitement to have a pony of my own. It is only now I begin to question their logic.

Winsome was a Welsh Mountain Pony, standing 13 hands. She was a rotund, dapple grey and if you could look beyond her fat, cresty neck, you would find she was quite pretty.

She and I competed both English and Western and, according to my mom, we did well.

Thumbing through an old, yellowing photo album to conjure up memories, I realize my only competition in the walk/trot classes of the Sunset Riding Club was a boy and his flaxen maned pony. I recall the pony had a fondness for rolling in the hog fuel ring, dislodging the boy and covering him in bits of wood.

But the show ring was the one place where Winsome was able to pull herself together. It was everything else that was an issue.

Winsome had an aversion to other horses. All of them. No matter their size, sex, color or breed, she hated them. And to prove her point, whether I was on her or not, she would back up with conviction and kick them into submission. A single red ribbon in her tail was not enough.

Chaos would erupt around us with screaming people and waving arms, desperate to usher the targeted horse and rider to safety. Winsome would squeal like an irritated pig as she took aim. I don’t recall feeling scared, I think I was just happy to be on my pony in my little riding outfit.

Jumping Winsome was never a problem because she wouldn’t do it. We lived on 20 acres and my 12-year-old friend/coach Molly would set up fences in the front field. Winsome, never one to comply, chose instead to put her energy towards defying the grass reins, plunging her face to the ground and pulling the saddle onto her withers. I either belly-flopped onto her neck or just sat there.

My stumpy six-year-old legs were useless against the will of a pony living on the edge of founder.

Having had enough of Winsome’s attitude, Molly decided lunging her would somehow smooth out the issues, but Winsome was nobody’s fool. She simply turned on Molly with her teeth bared and the lunge line was hung back up.

I’m going to go out on a limb here and assume this is where the name Cheeky Charger came from.

Working with Winsome in the barn was just as troublesome. If she spotted the grain barrel, she would pull Molly and I off our feet to get to it, fling the lid off and dive in with her mouth open to maximize consumption.

Trying to pull her away from the bin would result in her spinning, squealing and kicking out, all the while remaining eyeball deep in the barrel until one of our wayward parents was located.

For all Winsome’s unpleasant behaviour, she was tactical and self-indulgent. Any injury I sustained as a child came from our attacking rooster.

She probably wasn’t the ideal first pony, but I believe ponies like her are designed to separate the wheat from the chaff, a child’s riding career was either about to flourish or about to wilt. And much to Winsome’s chagrin, mine was just getting started.

You win some, you lose some.