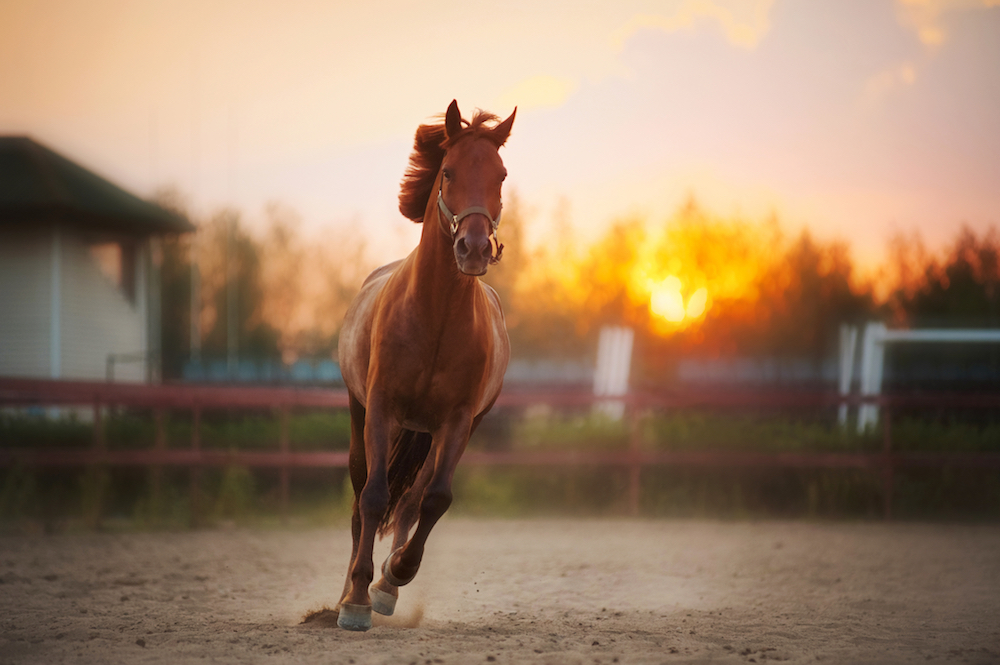 I have never been satisfied just going out and working on horses.

I mean, I really love working on horses, but I always thought that my obligation—to horses, to my profession, to people that own horses—was to try to move the veterinary medical ball forward a bit.

There are plenty of ways to do that, for sure. One thing that’s always been of interest to me is research into not only new ideas, but also into old, established ones. It’s great when something new comes along, however, to me, it’s also great when some old, established idea gets discarded when it can be shown that the idea wasn’t really very good in the first place. Science is supposed to both things: find out new stuff and get rid of old, ineffective stuff.

Anyway, since I don’t work in a major teaching hospital with lots of resources and research grants and such, it’s always been fun to find relatively simple projects to look into. I’ve looked into a lot of questions over the years, from navicular disease, to magnetic boots, to the contents of glucosamine products, to the facts about the history of horse medicine in China, and quite a number of others. More recently, deworming got my interest.

Ever since I got interested in horse medicine, I’ve heard nothing but how horrible internal parasites were for horses. Once I got into veterinary school, I saw post-mortem pictures of horses with purply dead intestinal parts due to parasite problems, or horses that were really skinny and nearly dead due to parasite problems, or horses that were anemic due to parasites: terrible stuff. I came away with the impression that the worst thing that could ever happen to a horse would be if it had an internal parasite.

This idea was quite happily promoted by veterinary experts on parasitology, and especially happily promoted by companies and feed stores and catalogues that sold deworming products. So for years horse people were taught—some of them by me—that you had to deworm horses…. every day, or month, or every two months, or quarterly, using the same deworming product every day, or the same deworming product once a month for a year and then switching, or “rotating” dewormers all of the time, or give a paste or put it in the feed or run a tube down the nose or give a shot (until that didn’t work out)…

I had learned all about parasite life cycles, too. There are quite a number of them, with different life cycles, but the ones that led to all of the ugly pictures I had seen were of particular concern. This family of parasites was/is known as “Strongyles” (large and small.)

Here’s how it goes:

1. The adult parasite lives in the horse’s intestinal tract
2. The adult lays eggs
3. The eggs get pooped out onto the grass or into the stall
4. The eggs mature into larvae over a few weeks
5. The horse eats the larvae off the pasture
6. The larvae grow into egg-laying adults

I’ve lived and practiced in southern California for essentially my whole career (except for one glorious year interning at Iowa State University). SoCal is just great for people (there are a lot of them) for a lot of reasons, not including traffic.

Over the years, I’ve enjoyed the warm, dry climate. However, over time, it started to occur to me that as much as I love the climate here, that climate means that SoCal is lacking in a few things that parasites really love: pasture, grass, and moisture.

Plus, most horses that I care for live in stalls and those stalls get cleaned with some regularity. (The regularity part is more of a challenge for some folks than others, admittedly).

Anyway, as I went along in my career, blithely deworming horse-after-horse that was generally living in a clean stall in a desert, it occurred to me that while I loved living in SoCal, it must be some sort of a parasite hell. Steps 3 and 4 in the life cycle are a particular impediment to the development of any parasite, and one that need to develop on grass in particular. If the horse poops in the stall, the poop gets scooped up and thrown away. If it gets pooped out outside of the stall, it’s usually onto dry, sometimes very hot, sand. SoCal is not any sort of parasite Club Med, for sure.

Over time, all of the non-stop deworming had a completely predictable effect. Internal parasites, it seems, like to live, too and over time, they develop mechanisms to get around the effects of the deworming agents. So, eventually, the antiparasitic agents stopped working very well. The parasites developed a resistance to them. Some of the agents that were previously very effective are now almost completely ineffective. For what it’s worth, medical professionals now see this with bacteria and antibiotics, too.

Recognizing this, in the early 2010s, parasitology experts started recognizing that internal parasite resistance to common deworming agents was starting to become a significant problem. Something had to change. So, the experts came up with guidelines that suggested that a low-level of parasite burden was probably not a big deal, that people should check for parasites before they deworm, and many other things. You can take a look at the internal parasite control guidelines of the American Association of Equine Practitioners.

Realizing that I lived in a parasite wasteland, and what with the new guidelines and all, in 2012, I started collecting fecal samples on many of my clients’ horses and deworming only if they were positive. (This is slightly different than AAEP recommendations—mine was sort of an all or nothing approach).

Over a seven-year period, I accumulated serial samples on about 80 horses. With that accumulate information, I went to Dr. Martin Nielsen, DVM, PhD, DipEVPC (that last one means Diplomate, European Veterinary Parasitology College), who is preternaturally smart. He’s one of the world’s leading experts on equine internal parasites, and, as it turns out, one of the nicest guys on the planet. At the end of last year, we published an article about the findings.

If you don’t want to read the whole study, the bottom line is that my suspicions were right. If your horse lives in a dry climate and/or has his manure picked up regularly, it’s going to be pretty hard for him to get Strongyle parasites. Otherwise stated, there’s no reason to give your horse a dewormer if he doesn’t need a dewormer.

That fits in well with my general philosophy—don’t give your horse medicine unless he needs medicine. (I’m like that with my own health, too).

Of course, the situation is going to be different for many horses. If your horse lives in a pasture, and if other horses are introduced into the pasture from time to time, and if nobody ever cleans up after them, that’s a situation that’s going to allow for parasites to build up. But you should still check and see before you squirt some paste up your horse’s mouth (and possibly get some all over you, too). You can learn a lot more here (and go down a bit of a rabbit hole).

I’ve got a couple of other research papers in the pipeline that I hope to get submitted for publication in the next few months. But as far as internal parasites go, you shouldn’t just go running to the feed store to stuff some dewormer down your horse without thinking about it first. And I’ve done research to prove it!