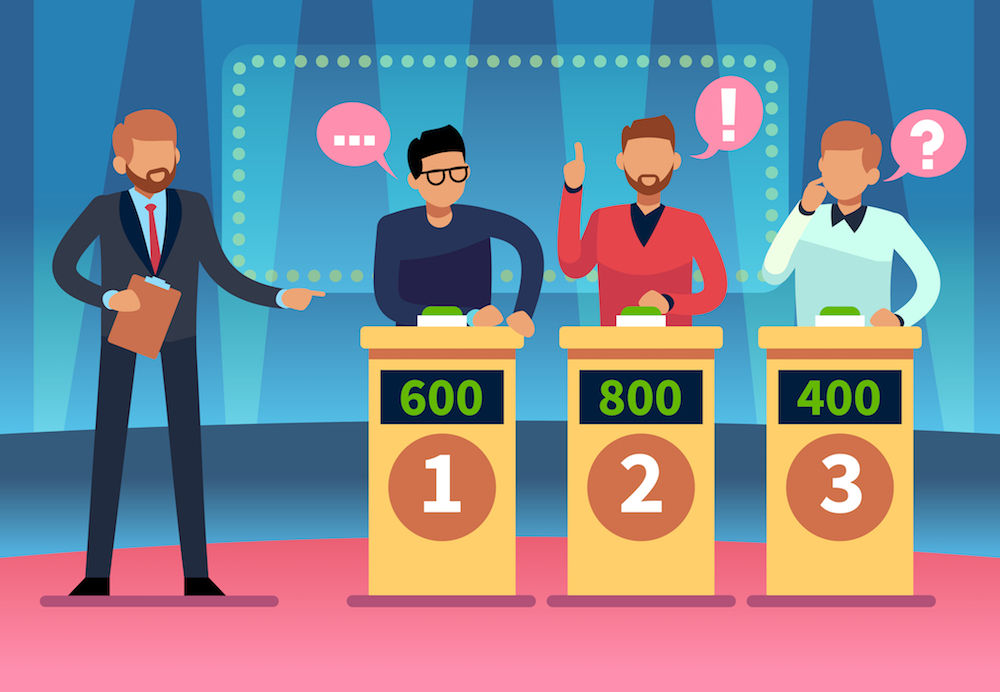 I love facts. Little bits of random knowledge that make me sound clever (at least in my head).

When it comes to horses, I like to think I know all sorts of things, and I probably do. But there is much I don’t know. And apparently the game show Jeopardy is a good place to pick up bits and pieces to fill in those gaps.

I have learned dozens of equine-related facts from Jeopardy. Here are three of my favorites, so you can sound smart too.

Clue: One of Australia’s most beloved poems is Banjo Paterson’s “The Man from” this river.

Answer: Obviously, Snowy River. However, no one knew the answer and they call that a Triple Stumper.

The most interesting fact I learned from Jeopardy was what inspired the iconic movie The Man from Snowy River.

Even though I didn’t know Banjo Paterson had written the poem that inspired the movie, I still got the answer right, as I know you did too.

So, surprised, I called my mom to tell her and you know what she said?

“You didn’t know that? How could you not know that? I have his book of poems. I will bring it over tomorrow.”

I skimmed the poem searching for, you guessed it, the galloping headlong down the side of a mountain scene.

When they reached the mountain’s summit, even Clancy took a pull  –
It well might make the boldest hold their breath;
The wild hop scrub grew thickly, and the hidden ground was full
Of wombat holes, and any slip was death.
But the man from Snowy River let the pony have his head,
And he swung his stockwhip round and gave a cheer,
And he raced him down the mountain like a torrent down its bed,
While the others stood and watched in very fear.

He sent the flint-stones flying, but the pony kept his feet,
He cleared the fallen timbers in his stride,
And the man from Snowy River never shifted in his seat —
It was grand to see that mountain horseman ride.
Through the stringy barks and saplings, on the rough and broken ground,
Down the hillside at a racing pace he went;
And he never drew the bridle till he landed safe and sound,
At the bottom of that terrible descent.

And to increase your smugness about being smarter than the average Jeopardy contestant, this question/answer appeared on the 2017 Tournament of Champions, semifinal game 2.

Clue: After stopping a carriage driver from beating his horse, Henry Bergh founded the org. known by these 5 letters for short.

As with all animal lovers I respect and support organizations like the ASPCA, but I had no idea horses and Russia had anything to do with the founding of the animal protection organization.

Henry Bergh, an American diplomat, was working in Russia in 1863 when he came across a man beating his carthorse that had fallen. Bergh instructed his driver to stop the man from abusing the exhausted horse.

Bergh then vowed to do something to prevent cruelty to animals and in 1866, modeled after the Royal Society for the Prevention of Cruelty to Animals, the ASPCA was founded.

Clue: Cab is short for the French-named horse-drawn carriage.

I can’t say I have ever spent much time thinking about public transportation. The time that I have spent pondering it had nothing to do with the origin of the name of said transportation, such as cab or taxi.

Full disclosure: I didn’t know the answer to the Jeopardy clue, but now that I do, I feel a little smarter.

A cabriolet is, as stated in the clue, is a French horse-drawn carriage, that in the days of old were for hire to get you about town. A cabriolet is a light, two-wheel carriage that is pulled by one horse. The carriage has a folding top and a bench seat for two. The word cabriolet was shortened to cab, so when we hail a cab, we are hailing a cabriolet.

What about the word taxicab? Cab is still from cabriolet, taxi comes from the French taximétre, which, starting in the late 1800s, was used to record the distance and calculate the fare.

Another neat and potentially useless fact.

“Enjoy the weekend, and join us next time for more Jeopardy! So long, everybody.”