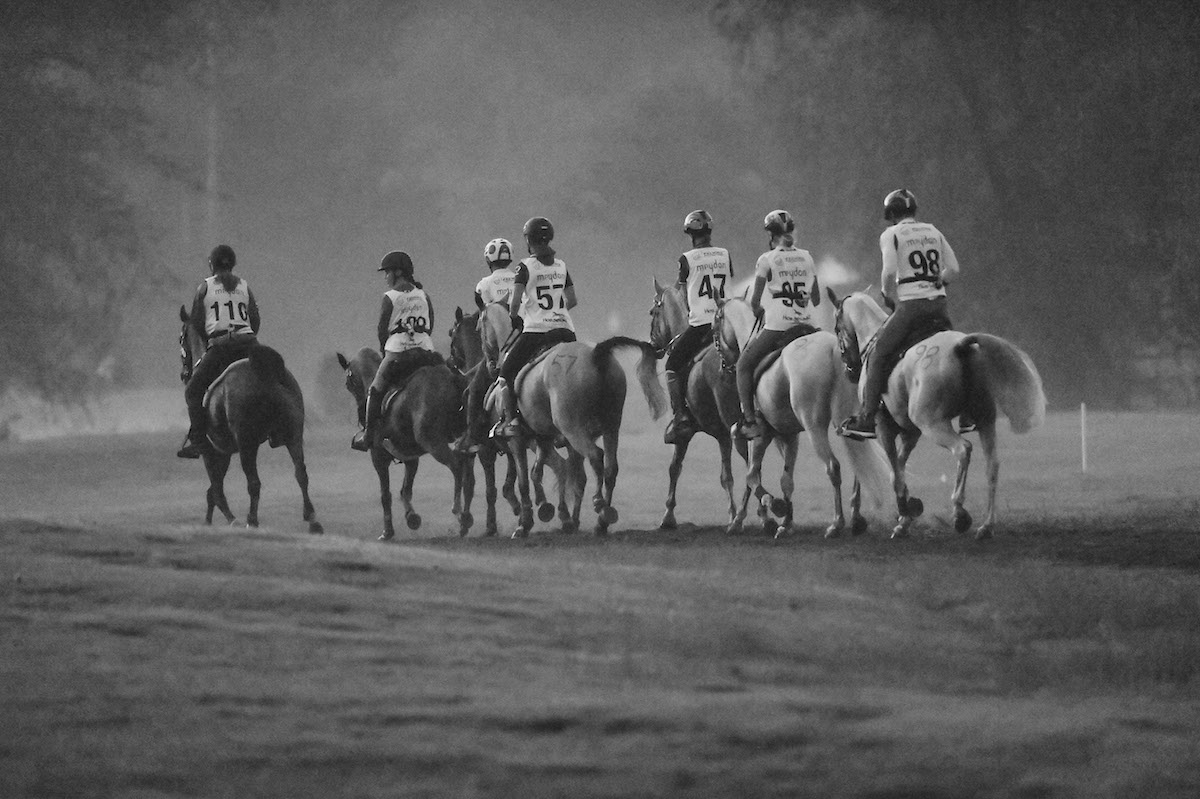 The National Federation of the United Arab Emirates (UAE) has been suspended by the FEI. Again.

A detailed investigation into January’s The Sheikh Mohammed Cup and February’s The President’s Cup determined that both events far exceeded the quota of foreign athletes permitted for National Events and should have been held as International Endurance Events (CEIs).

That’s an important distinction because national events are governed by the UAE Federation as opposed to the much stricter horse welfare regulations of the international governing body.

Neither event was plausibly close to the quota, either.

The FEI Board concluded that the events were reclassified specifically to avoid the application of the new FEI Endurance Rules that took effect on January 1, 2020. In the case of the Sheikh Mohammed Cup, the violations were deemed intentional. Those of The President’s Cup were considered “at the very least negligent.”

Among the new FEI Endurance Rules are a tiered qualification system for CEI events, minimum age limits on horses and additional mandatory out of competition period, as well as stricter consequences for repeated disqualifications at speeds greater than 20km/h.

In consequence, the FEI Board suspended the UAE National Federation from all activities across all FEI disciplines until December 2020 and in the discipline of endurance until March 31, 2021.

The Board also imposed financial sanctions on the event organizers to the tune of 50% of the prize money for the Sheikh Mohammed Cup and 10% for The President’s Cup, as well as the organising dues that would have been payable to the FEI had the Events been held as CEIs, and legal fees.

“The decision to suspend the UAE National Federation was not taken lightly, but it reflects our commitment to good governance, integrity and horse welfare,” FEI President Ingmar De Vos said.

The suspension is the second for the UAE Federation since 2015.

“Regrettably we were forced to suspend the UAE Federation in 2015 following an investigation into Endurance horse welfare issues and non-compliance with FEI Rules and Regulations,” continued De Vos.

“It is extremely disheartening that we are tackling similar issues in 2020 and that we have had to revert to the suspension of the National Federation. However, the UAE National Federation’s clear intent to avoid the application of the new Rules at the biggest events in their calendar was reflected in their actions around these two events and, as a community, we cannot allow individual NFs to apply the rules only as and when it suits them.

“It is my sincere hope that this suspension will drive change within the Federation and give rise to a new era for Endurance in the UAE equestrian community.”

Endurance in the UAE made headlines earlier this year when the FEI Tribunal imposed a record 20-year suspension and CHF 17,500 in fines against Sh Abdul Aziz Bin Faisal Al Qasimi for abuse and doping violations. Castlebar Contraband, the horse competed by the UAE endurance athlete, was fatally injured during a CE1* in Fontainebleau (FRA) on 15 October 2016. Blood samples collected from the horse post mortem revealed the presence of Xylazine, a sedative, analgesic and muscle relaxant that is prohibited in competition. The substance, which is rapidly excreted from the body, is known to be used in Endurance to lower the heart rate.

The UAE National Federation has 21 days to appeal the decision to the FEI Tribunal.