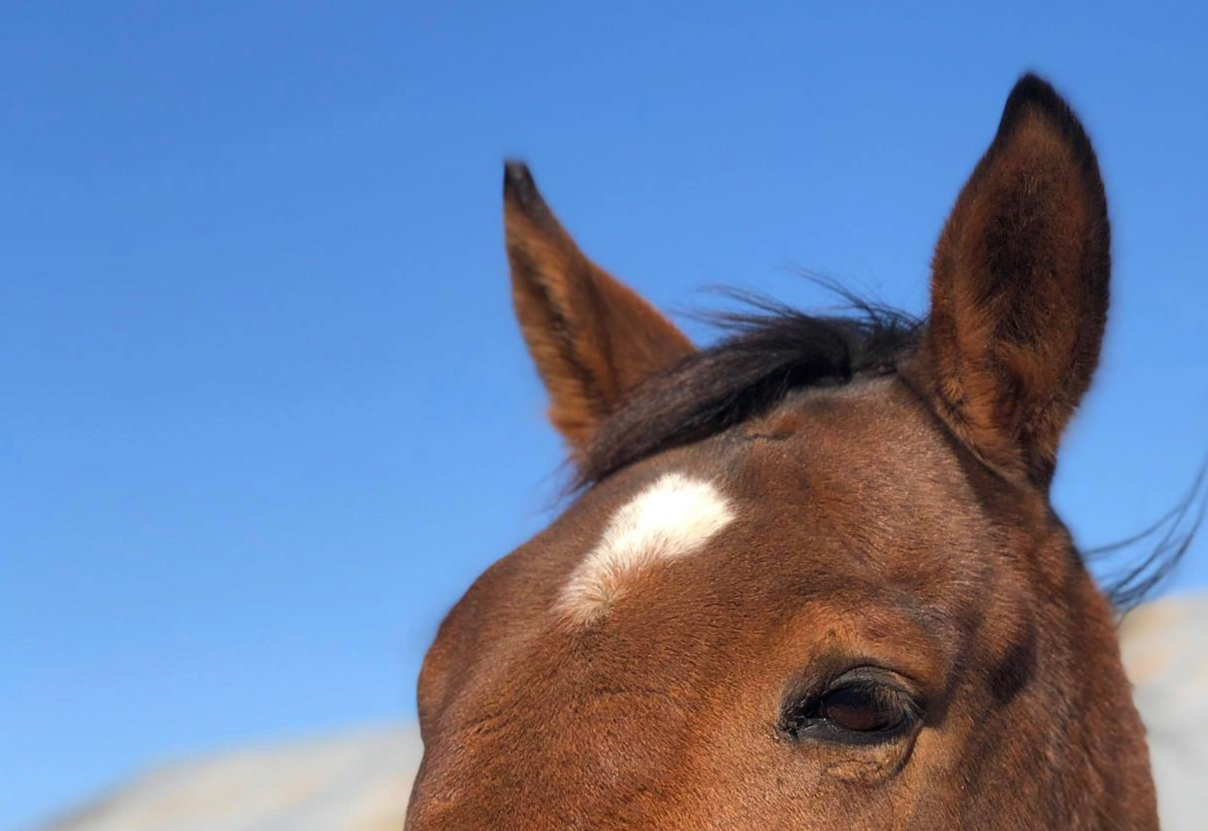 Remi is one of the most uncommonly complicated creatures I have come across so far.

He is a big, beautiful, cherry bay, rabicano Thoroughbred with a skunk tail. I have been his person since he was five. His registered name is Papasquiaro, maybe in honor of the famous Latin American poet, but more likely after the city in Mexico, which is where he was imported from.

Like some Thoroughbreds who don’t make it on the track, Remi wound up in the kill pen. He was adopted by a trainer only to be forced to jump five foot courses as a three year old. That experience left him in a gazillion little pieces, some of which I’m still trying to find.

I first met Remi at Sweet Home Ranch in Green Mountain Falls, Colorado where I taught dressage lessons every Friday for two years. He was one of about six horses in a field rented from the ranch by Hands of Hope Horse Rescue for overflow, and came running to the fence when the barn manager, Matt, called out to him. He was broken-bodied and in need of a person to call his own.

I visited Remi at the ranch on a weekly basis. But I didn’t consider becoming his person until a few months later when I had a dream in which I was shown how to heal his hurts.

The next day, I called Margaret, who runs the rescue, and told her about it. She said, “Oh my gosh, he’s yours!”

A few weeks after I bought Remi from the rescue, we began our work. As his body continues to heal and his mind clears with calm, patient practice, Remi has emerged as a meticulously brilliant teacher of how horses only go to the spaces that we open for them. If all they find is closed doors, they move with closed bodies, and their minds start to follow suit. If you want a tense horse to relax, you have to try and make it possible for him to go into an open space instead of running from a closed one. We save horses by teaching them in a way that allows them to learn to feel safe in our hands.

With Remi, that took a great deal of time and patience. One of my biggest challenges was finding a bridle bit he would accept.

Upon starting our training, I learned that the traditional single and double jointed snaffles made Remi bonkers. He would squeeze his eyes shut, hold his breath, open his mouth like a gaping wound, and stiffen the overdeveloped muscles at the base of his neck. Then plant his forehand into the ground, drop his withers between his shoulders, and just start to blind bucking like a rodeo bronc.

All this from trying to lead him in-hand around the arena!

We make progress when we have the courage to start over.

The ability to help a horse work through trauma lives in finding those spaces in the training process where their understanding has been lost and then explaining the fear away. That is how we make difficult horses possible again; by knowing that pressure causes tension, and tension causes resistance.

If we’re true to the process, we see resistance as the cause of bad behavior. And we accept that horses don’t resist for no reason, ever. Resistance is the horse’s way of telling us that what we’re asking them to do doesn’t feel good.

But, knowing what questions are the wrong ones is half the battle won. Until we’re willing to learn to ask horses in a way they understand, they will never give us what we want. Submission isn’t submission until we submit.

Remi was telling me that he didn’t like the restricting nutcracker effect snaffle bits had on his tongue. So began our experimentation with bits.

My horses’ teeth are kept in healthy balance by their dentist. Even still, it took me a year to find a bit bridle set up Remi felt comfortable enough to keep his tongue relaxed, stay lifted in his shoulders, chest, and back, and breathe deeper full-body breaths so that I could use the rein in a way that helped him stay with me.

Aside from the traditional single jointed German snaffle, I tried a French link, and then a KK snaffle. The thought being that maybe the central piece laying on the tongue would reduce the nutcracker effect and lessen the direct pressure on the outside of the bars.

I tried a bitless bridle, too. But the pressure over the bridge of his nose from the direct rein caused him to lock his jaw and poll, and resist the lateral flexion, making it impossible for me to start teaching him how to bend non-forcefully. So I didn’t entertain continuing to use  it.

After some time I began to realize how important it is to bit a horse according to its psychology and decided on a Myler Level 3 snaffle. The Myler system is based on tongue relief and Level 3 is the mildest, offering virtually no tongue pressure and very little bar or lip pressure.

For Remi, it was the open space he needed. 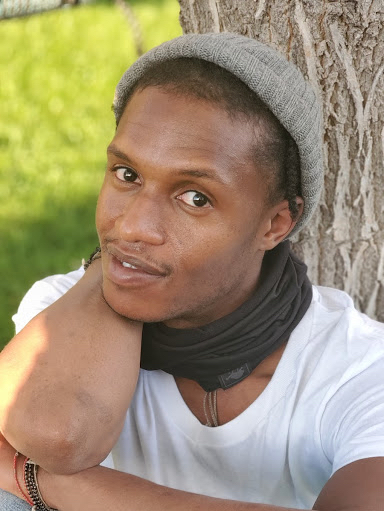 Nahshon Cook’s heart is for horses.He is a high school level classical dressage trainer who has coached and competed in Thailand, and been a clinician in Germany. His students range in interests and ability, from amateur trail riders to Grand Prix dressage level professionals. His current training interests lay in rehabilitating inconvenient horses with significant mental, physical and emotional training related trauma. His lives and works on his family’s farm in Parker, Colorado.