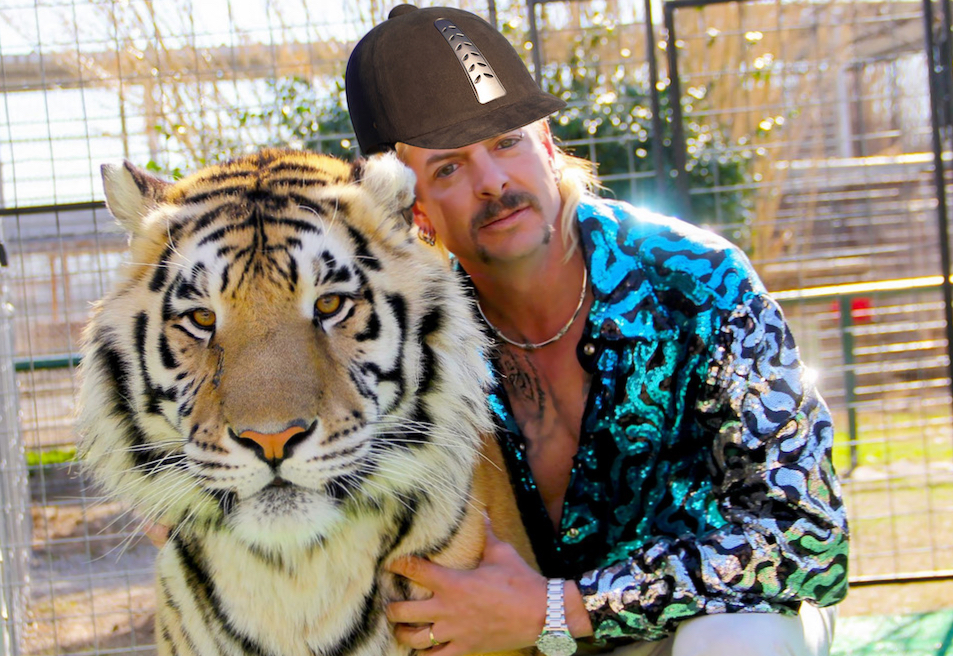 If there were ever a perfect time to unleash the world’s most bizarre yet intoxicating true crime documentary, it was during a global pandemic. Netflix had a captive audience, and they gave Joe Exotic the key.

Like tigers in cages, feverishly awaiting their expired Walmart meat, we couldn’t look away as Tiger King: Murder, Mayhem, and Madness delivered on all of its chaotic promises.

The eccentric and felonious Joe Exotic, queen of crazy cat ladies Carole Baskin, and exotic animal cult leader Doc Antle formed a holy trinity of insanity. To the general population it was outlandish beyond imagination. The draw was the sheer ridiculousness of it all. Yet, why was I having moments of déjà vu and bouts of nervous laughter?

Once I squinted at the screen and pictured horses instead of tigers, something clicked. Although it’s not an exact copy/paste, there are certainly some unnerving similarities between the horse world and whatever it is they’ve got going on in rural Oklahoma.

1. You’re never going to financially recover from this

I’m not sure who said it first, Joe Exotic or my dad the moment he realized I wasn’t going to “outgrow the whole horse thing.” The iconic moment when Joe Exotic threw on his EMS jacket and dropped this line is Tiger King canon, but I’m willing to bet every horse person has said it at some point. Maybe it was the first time you settled with the show office. Or when your horse decided he really wanted to see his favorite vet and booked an emergency farm call.

2. Nothing can keep you away

If the first question to your doctor has ever been “when can I ride again?” (just so you could go ahead and do so far earlier than advised), you probably related to Saff. The zookeeper losing his arm was one of the series’ most disturbing and graphic scenes. To most people, the thought of ever returning to the same line of work would be inconceivable. Equestrians, though, didn’t question it at all when Saff was wrestling with cats again less than a week post-amputation.

We all know what they said about Carole Baskin… Horse people might be the only group who thrive off gossip more than whoever conducted all of the Tiger King interviews. Gossiping is not our proudest habit, but a rumor mill is inevitable when lives exist mostly within a bubble (i.e. the barn). I will admit I’ve always found it interesting to learn new facts about myself through other people, but I do hope they never make a music video about it.

There are a few too many disciplines to count when it comes to horse sport, which means there is no one way to be a horseman. However, most people you talk to will argue there is only one right way. Which just so happens to be their way. Don’t believe me? Ask a question about bits in any Facebook discussion group. If you’re feeling really brave throw in something about draw reins. Just remember, I warned you.

6. It attracts all sorts of people

You’ll meet people from all walks of life if you stay in the horse world long enough. It doesn’t matter if you’re a magician, politician, country music star, TV personality (or all of the above like Joe Exotic), riding is something everyone can enjoy—and apparently so is running a big cat zoo. It’s hard to picture Carole Baskin working in real estate with her signature flower crown. It’s also weird to imagine your dentist in breeches, but I don’t have to. We rode together on Sunday mornings.

Do you remember meeting that odd stranger at the crossroads who promised you a life of playing with ponies all day, and all you had to do was sign your soul on the dotted line? In the horse industry we call that the working student contract. You’ll never have any time for yourself again, but you’re cool with it because it’s a career people only dream of. In the exotic animal world, it’s simply Doc Antle. Different animals, but when his interns talked about how they bunked in horse stalls, I realized we might actually be the same.

8. A lot of people are dating the same guy

Relationships can be tough especially if one or both of you are on the show circuit. It’s a fast life with a lot of time apart, different schedules (sometimes timezones), travel itineraries that don’t always overlap, and a lively party scene wherever you end up. You know where I’m going with this. Say what you want about Joe Exotic, but at least his partners knew about each other. Nothing like the moment you and your friend realize you’re dating the same person at the same time. Big yikes!

9. We wear whatever we want

Equestrians have mastered the art of wearing stretchy pants every day of the week. If we aren’t just riding casually at home and we put ourselves together, it’s still on our terms. Wearing a show jacket with breathable fabric, and a sun shirt disguised by a straight collar is fine, but I too refuse to wear a suit.

10. It’s our way of living and nobody’s going to tell us any otherwise

There’s nothing quite like a life with horses—not even as a tiger trainer—and we wouldn’t have it any other way.