Are Drugs Okay After the Expiration Date (and What Do I Do With Them)?

Home > Blog > Health > Are Drugs Okay After the Expiration Date (and What Do I Do With Them)? 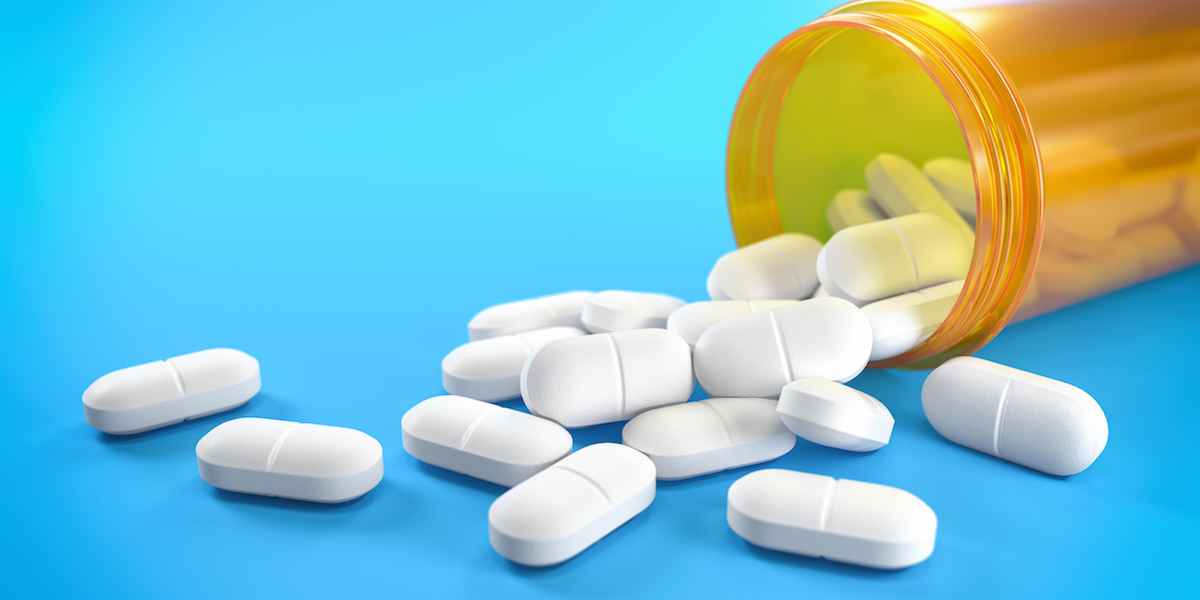 Here’s something about which I get calls all the time.

Say you come out to the barn and you find that your horse has a bit of swollen leg. You think, “I’ll give him a couple of tablets of bute (or whatever)” because you think it might help with the soreness and swelling.

You check your tack box for the medication. Sadly, if you’re like me, your tack box is probably more like a time-capsule than it is an organized cabinet. Anyway, you dig through your tack box and finally find a bottle of bute under one of the assorted colors of mismatched leg bandages. You’re happy, but then you find that the stamped expiration date on the bottle says that the drug expired 18 months ago.

What do you do? If you give your horse a couple tablets, will it work? Could it maybe even hurt your horse?

Let’s look at some important questions.

Almost undoubtedly. There don’t seem to be any published reports of toxicity in people from drugs used after their expiration date, whether those drugs are injected, ingested, or put on the skin. I found one report, back in 1963, of damage to a person’s kidneys from an outdated antibiotic product, but that product isn’t available anymore, and it wasn’t the antibiotic that caused the problem.

The fact that expired medications are likely to be safe does make some sense. I mean, it’s not like your horse’s bute pills are going to morph into some poison—or explode—at any time after they expire. So the expiration date doesn’t really mean that the medication has become unsafe to use. Most medical authorities state expired drugs are safe to take, even those that expired years ago.

2. What does the expiration date mean?

Drug safety in the United States is the responsibility of the Food and Drug Administration (FDA). A law passed in 1979 required drug manufacturers to stamp expiration dates on the bottles of products that they sell. That date is the date until which the product manufacturer guarantees the full safety and potency of the drug.

It’s sort of like a food label in that way—for example, I’ve drunk milk that passed its expiration date by a few days many times. But drug expiration dates are much longer because drugs don’t spoil. Most drug products have an expiration date that’s one to five years from the date of production.

That said, once you open the product up, the expiration date no longer applies.

3. How stable are drugs?

I tend to think of drug stability in the same way that I think of changing the oil in my truck. The manufacturer of my truck may recommend that I change the oil every 7,500 miles. But if I drive past 7,500 miles (the expiration date on the oil), and get to 7,501, it’s not like the engine is going to fall out.

Drugs are something like that. They’re probably good for quite a while after the expiration date, but the longer you go, the better the chance that the drug has lost some potency.

“How long?” you ask. Honestly, that’s a big question. The stability of drugs is something that has been studied a bit: here’s a study from 2019 that concluded, “It seems to be reasonable for a large portion of drugs to extend the expiry dates far beyond five years.”

All the way back in 1986, inter-agency agreement was established between the US Department of Defense and the FDA, to address stockpiles of drugs that had accumulated in the US military. Turns out that drugs cost the military a lot of money, and no matter what you think about government expenditures, it would be a big waste to throw them all away. Anyway, the program is called SLEP (shelf-life extension program). The SLEP has studied the safety and efficacy of drugs past their labeled expiration dates, and they’ve found that 88 percent of 122 stockpiled drug products (stored in their unopened containers) could be extended by an average of 5 1/2 years. Another study, on a drug called theophylline (used for treatment of people with respiratory problems), found that it had 90% of its potency 30 years past its expiration date. Finally, in 2012, a laboratory analysis of eight prescription drugs that expired between 28 and 40 years ago found that most have remained just as potent as they were on the day they were made.

If you put all that information together, it does seem that most medications are remarkably stable.

4. Is stability affected by how the drugs are kept?

If you keep your horse’s medications in heat or high humidity, it can shorten the life of some medications. Liquid products are one thing, but tablets and powders seem to be pretty resilient. In one study, a few tablets and powders have been studied under adverse conditions, and they’ve held up pretty well, for up to nine years past their expiration date. And certain drugs held up even longer!

5. What about liquid drugs?

Stability is a bit more of a concern for liquid drugs—they aren’t as stable as solid dosage forms. Even so, one report looked at four outdated samples of atropine, a drug used to dilate the eye. One of the samples was from a World-War II era injector—I can only imagine how that hung around for all those years; somebody must have really lost track—but all of the samples were found to contain significant amounts of the drug.

Now, your common sense will help you here, too. It’s probably not the best idea to use drugs in a solution—the ones that usually get injected—if they have become cloudy or discolored or have little things floating around in them (those particles form by a process called precipitation).

Similarly, if you let your pastes get hot, and they turn to liquid, probably best to get some more. The problem may as likely be with the vehicle the medication is in as it is with the medication itself.

It is, of course, possible to store liquid drugs improperly, and cause all sorts of interesting chemical reactions. I remember one client who came to me with a bottle of penicillin that she had put on her car’s dashboard to bake in the hot southern California sun. The white penicillin was a fetching brown color—not completely unlike butterscotch, actually—and it was all bubbly. Wanting to save money, I suppose, she still asked if it was any good; I told her that she should probably get another bottle.

“Better safe than sorry,” I said. (Really, it was quite an amazing looking bottle of penicillin.)

6. What about herbs and such?

Not much is really known about the stability of herbal products. Natural medicines often suffer physical instability due things such as the presence of impurities, reactions with the container, or growth of microorganisms on the material. Furthermore, some of the products are volatile, which means that their potency decreases with storage.

For example, according to detailed descriptions from historical texts, the potency of products such as foxglove (digitalis) deteriorated after a number of months even when the preparations were kept hermetically sealed. In addition, environmental conditions, manufacturing processes, and ever genetic variability of the plant itself can create all sorts of variability in the product. Light, enzymatic reactions, chemical reactions, temperature, and moisture also degrade plants.

Those sorts of things are among the many reasons why I don’t advise my clients to treat their horses with herbal products. If you’re really interested, you can read all about the problems with stability of such products.

So what’s the bottom line?

If a drug for your horse is past its’ expiration date, chances are that it will probably be effective, and it will almost certainly be safe. However, the longer you get past the expiration date, and the worse the conditions under which the drugs are kept, the less potent they are likely to be.

Still, if drugs for your horse are stored under reasonable conditions, in their original container, they are likely to contain the vast majority of their potency for at least five years, and maybe more.

If you do have some expired drugs, and you want to get rid of them, what do you do?

There are drug disposal facilities. Some local drug stores have take-back programs. Some large chains, such as Walgreens, sell special envelopes that neutralize virtually all drugs—the envelope can then be thrown away. (Other large chains, such as CVS, and Rite-Aid, also have the same sort of thing).

If professional disposal isn’t possible, the next option is to throw away the drugs in your own trash. The FDA, and other experts, recommend putting the discarded drugs in a small Ziploc bag and mixing item with undesirable waste such as coffee grounds or kitty litter. This reduces the chance of pets and children finding them or being interested in them if they do find them. The FDA also maintains a small list of medications that you can flush down the toilet. I can understand why some people wouldn’t want to do that, but such drugs would get diluted pretty quickly. I’m just telling you what the FDA says.

Although flushing these drugs may be better than putting them in the trash, especially if there are kids or pets in the house, sending the drugs away for proper disposal is always the best option. Professional disposal reduces the probability that drugs will end up in the water supply. (Read more on the proper disposal of unused medicines.)

Anyway, the best and smartest thing for your horse is to use medications that haven’t expired. If you find some at the bottom of your tack box, and you’re in a bind, they’re probably OK, and they certainly aren’t going to hurt your horse. But before you give any drug to your horse, please do call your veterinarian to make sure that you’re on the right track, first.