Retiring (and Not Shy) 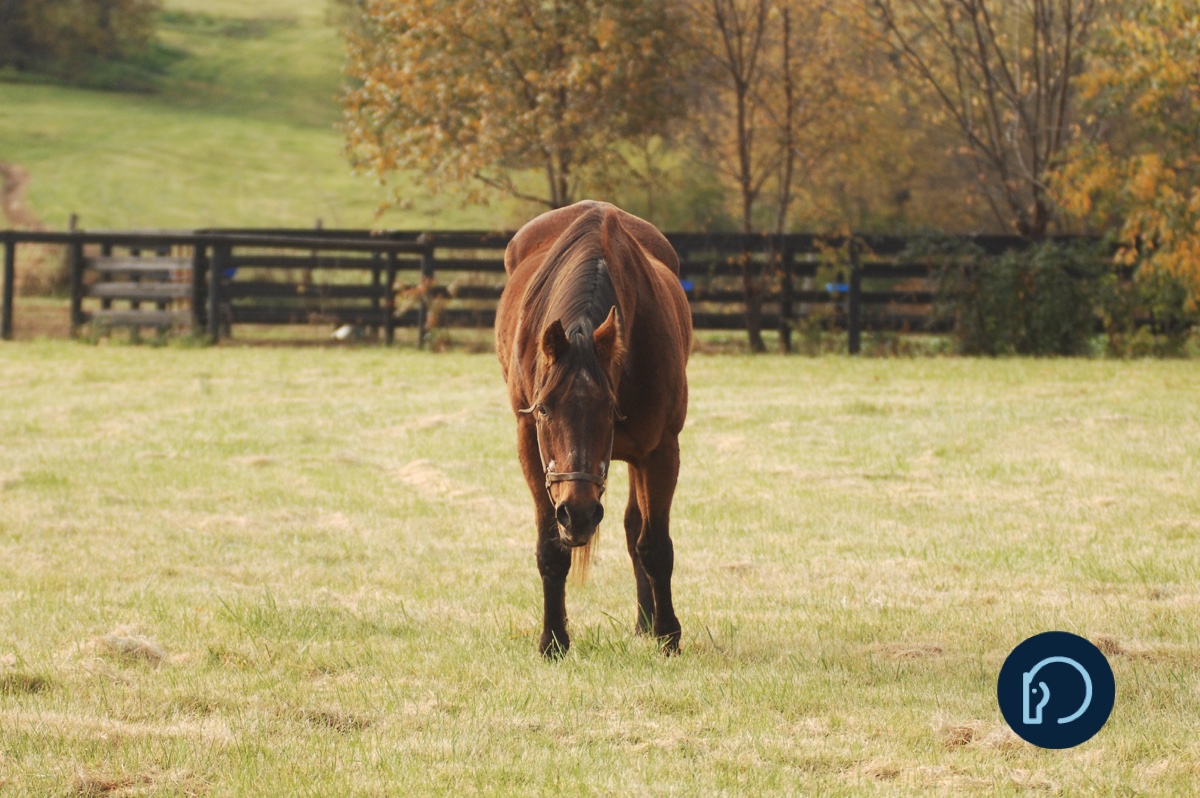 When horses get older, people often talk about retiring them.

And until asked, I never really thought that much about it.

I mean, I’ve seen plenty of horses that have been formally retired.* I’ve been lucky enough to attend several of these ceremonies. If you haven’t seen one, it’s a real vigorous tug on the heart strings. For example, here’s part of the retirement ceremony of the great dressage mare, Brentina, at the 2009 FEI World Cup in Las Vegas.

But what does it mean to retire a horse for the horse? What should you do? What’s best for a horse that’s been a part of your life for a couple of decades?

I think a lot of folks idealize retirement for their horses. Sort of like this scene from the old movie The Electric Horseman (with Robert Redford and Jane Fonda).

Unfortunately, most of us don’t have several hundred thousand acres on which to retire our horses, much less that much land that is free of rocks, potholes, and predators. In truth, I’d kind of hate to see what might have happened to good ol’ Rising Star after a few months of dodging wolves, foraging for food, and trying to establish dominance with the other male horses. (Yes, the movie is a good story; we’re talking about the reality of retiring a horse here.)

If you asked a horse, you’d probably find out that he had no concept of the word “retire.”

A horse is going to do the best that he can, no matter what the circumstances. Old horses still run, buck, and play. A horse that is in pain from arthritis won’t stop trying to run—he’ll run with a limp, but he’ll still run. That’s the way that things are when you’re food for other animals—you can’t slow down or stop due to weakness, illness, or injury.

And I think that one of the things that people love about horses is that they try to do the best they can, no matter what the circumstances. They don’t complain, at least not overtly.

So, it’s not the horse that wants to retire, it’s the horse’s owner who thinks the horse needs to be retired, mostly because the horse can’t do what the owner wants him to do anymore. If, you were Brentina, and you were used to riding in competitions around the world, your retirement would certainly mean that you didn’t have to compete anymore. Brentina can’t piaffe like she did when she was 12; so it’s time to retire.

Robinson, one of the best American jumping horses over the past 15 or so years, can’t jump the big fences anymore, there’s no reason to make him jump little fences, so it’s time to retire. For Robinson, retirement means that he’s living in a stall in the evenings with his best friend, Nanny the goat, and he gets to go out on trail rides from time to time.

Under the right circumstances, retirement can be a really wonderful option for a horse.

For horses that have lived most of their lives in stalls, being able to get out and commune with new buddies is a great way to spend time.  After all, horses are herd animals. I’ve had many clients tell me that their horse developed a completely different attitude when allowed to run around with new buddies: less anxious, happier, and easier to be around.  They get to be horses!

For horses with stiff joints, that have been kept in stalls all their lives, retirement can offer an option for them to move around more, and movement helps keeps the stiff joints from getting stiffer.

Anyway, the point is that if you’re thinking about retiring your horse, really, you’re usually thinking about changing his living situation because he’s not able to do what he used to do. If you have a big farm, lots of pastures, nice barns, and plenty of help, this is not likely to be a problem.

But for the individual horse owner, who may not have turnouts and barns of his or her own, there are a few questions to consider, such as:

1. Does your horse have any special needs?

Horses usually get retired for one of three reasons: either they’re old, injured, or have something wrong with them that keeps them from being ridden (for example, osteoarthritis). In my experience, people seem to think that the best situation for such horses is one where they could be turned out with a bunch of new buddies, free to roam the pastures, grazing, running, and, well, being a horse (as per The Electric Horseman clip).

The problem with this idea is that people may forget that horses are not particularly compassionate towards each other. Older, injured, or arthritic horses usually go down to the bottom of the pecking order when it comes to feeding time. They may get bullied in pasture by other horses seeking dominance. They may not be able to keep up with younger horses with whom they are kept.

Retired horses are also usually the ones that also need the most care. So, for example, if your horse has osteoarthritis, or Equine Cushing’s Disease, he may need daily medication that may require close attention that’s not easily given to horses when they are turned out into a large area.

2. How much is retirement going to cost?

If you have your horse in a boarding stables, you’re likely to have him in one of the more expensive places that you can keep him. For most owners, retirement should mean a reduction in cost of care. That’s generally a good thing, and it’s nice for a horse owner to be able to take care of his or her horse and save money, too.

In general, the cost of retirement is inversely proportional for how much work the retirement facility has to do. So, if you’re thinking about retiring your horse to a big green pasture, where no one has to look at him much, then you’re not likely to have to pay a lot of money.

If, on the other hand, you want your horse’s legs wrapped, and you want him to wear the pretty pink blanket that you picked out for him (I have thoughts about blanketing), someone is going to have to do it, and you’re going to have to pay for it.

The cost of the retirement facility also relates to its location. If you live in a large urban area, such as Los Angeles, the closer you are to town, the more the facility is going to cost. In more rural settings, the cost of care is usually much less, but the flip-side is that your buddy is going to be a ways away, if you live in town.

3. What does the retirement facility offer?

This goes back to the “Does Your Horse Have any Special Needs?” question.  Here are some things to think about:

You gotta remember, you’re in this decision, too. While your horse would probably be OK without you (sorry, it’s just a fact), you might not be OK without him. So, you’ll want to think about how often you’ll want to see your horse before you send him out to the proverbial pasture. It might be worth a few extra dollars to be able to get out and brush him more often!

Remember, retiring your horse is likely to be more traumatic for you than it is for your horse. There’s certainly nothing wrong with keeping your older horse in a barn, or a stall, as long as you get him out for regular exercise, and you provide him with good care. But there’s also no reason not to consider letting him live out his days with more freedom to move around, and a bit less human interaction. In the long run, it might be what’s best for both of you!

* Young racing stallions get retired, but I’m not talking about them. They get a pretty great life if they’ve been able to run fast enough to get there. Some folks choose not to retire their horses and just look after them in a convenient setting—that’s usually OK, too.