Racing Arrives at a Reckoning Moment 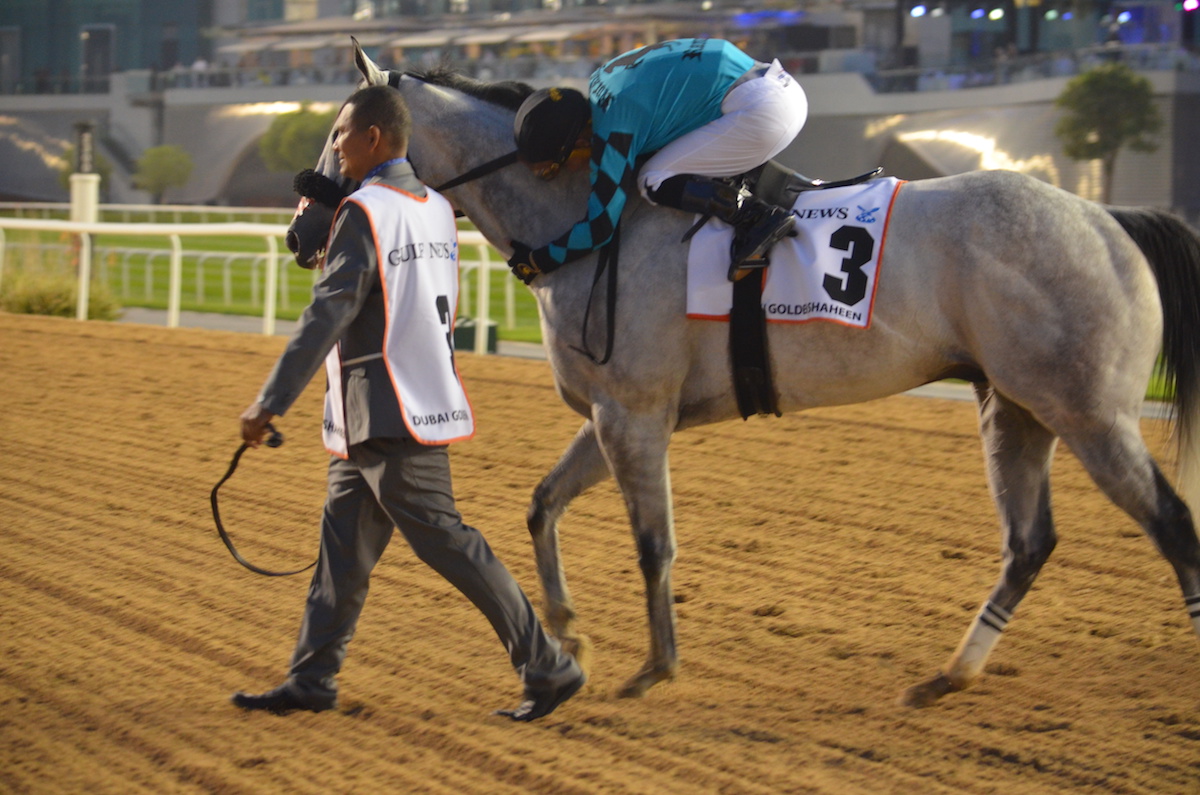 How We Got Here

It seemed as 2020 began, 2019 would be remembered not-so-fondly as Thoroughbred racing’s most challenging year.

The 2019 winter meet at Santa Anita Park in Arcadia, CA saw the death of 37 horses and focused attention among even the most ardent fans of the sport on the track conditions and drugging practices believed to be instrumental in the horse deaths. Most prominent was Battle of Midway, a G1-Breeders’ Cup Dirt Mile winner brought back to the racetrack after an unsuccessful year at stud.

Controversy would intercede in North America’s most prominent race, The Kentucky Derby, when Maximum Security, the apparent winner, was disqualified for interference shortly after the crossing the line first. The decision would result in heated disagreement among racing professionals and fans and wind up in an unsuccessful lawsuit by owners Gary and Mary West against the Kentucky Horse Racing Commission, which upheld the disqualification decision of the three-person Churchill Downs steward panel.

Things did not improve.

The Breeders’ Cup races still were held Nov. 1–2 at the controversial site despite calls for the races to be moved. An exclamation point was added to racings and Santa Anita’s miserable year when Mongolian Groom broke down in the stretch during the Classic and was euthanized, the last race on the last day of the Breeders’ Cup.

Under increasing pressure from animal rights activists and, now, government officials including California Governor Gavin Newsom, 2019 could not end soon enough for ever-more-defensive fans of the sport.

Things did improve considerably for Maximum Security, however, as 2019 ended. Trainer Jason Servis bypassed entering his controversial star in the 2019 Preakness, the Belmont and the Travers Stakes, opting instead for a fall campaign. He finished second to little-known King for a Day in the Pegasus stakes at Monmouth Park NJ before hitting his stride.

Max, as he was fondly known to his fans, gained a measure of redemption by remaining in the East to win the G1 Haskell Invitational at Monmouth, and the G3 Bold Ruler Stakes at Belmont, then the G1 Cigar Mile at Aqueduct, both in New York.

His three-peat was good enough to earn an Eclipse Award as Champion Three-Year-Old Male. A half-portion of his future racing and all breeding rights were sold to Coolmore’s Ashford Stud in Versailles, KY, an incredible achievement for the less-than-regally bred former $16K maiden claimer.

Bypassing the Breeders’ Cup Classic and the Pegasus World Cup at Gulfstream Park, trainer Servis set his horse’s sights on the initial running of the $20 million Saudi World Cup, Feb. 27. Max seemed to gain full vindication with his 3/4-length win in that race over Champion mare, Midnight Bisou.

Surely, it could not have gotten any worse for Thoroughbred racing than 2019 or any better for Max in 2020.

Is 2020 racing’s moment of reckoning?

What could not have gotten worse has gotten far worse for Servis, perhaps for Max, and certainly for racing.

On Monday, a Federal Grand Jury in the Southern District of New York handed down a six-count indictment against 27 trainers, veterinarians, manufacturers, and others, accusing them of a coordinated interstate and international scheme to manufacture, misbrand, distribute across state lines and country borders, and administer, illegal performance-enhancing drugs (PEDs) to an unspecified number of horses.

“The charges in this indictment result from a widespread, corrupt scheme by racehorse trainers, veterinarians, PED distributors, and others to manufacture, distribute, and receive adulterated and misbranded PEDs and to secretly administer those PEDs to racehorses under scheme participants’ control.

“By evading PED prohibitions and deceiving regulators and horse racing authorities, among others, participants sought to improve race performance and obtain prize money from racetracks throughout the United States and other countries, including New York, New Jersey, Florida, Ohio, Kentucky and the United Arab Emirates (‘UAE’), all to the detriment and risk of the health and well-being of the racehorses.”

Most prominent among the indicted is Servis and another New York-based trainer Jorge Navarro, both accused of using PEDS, including one termed “monkey” by Navarro in the indictment, to enhance the performance of horses under their care.

Following release of the sealed indictment, it was reported that Navarro was in custody while Servis was being sought by authorities.

Initially, the Wests said they would “patiently wait” to hear Servis’ side of the story. By early Tuesday, their patience ended when they announced Maximum Security would immediately be moved to the barn of Hall of Fame California-based trainer Bob Baffert.

Gary West, the owner of Maximum Security, released a statement on Tuesday announcing he was firing Servis:

“Yesterday, Jason Servis, a trainer we have used for 5 years, was indicted on multiple charges regarding using an illegal substance in horses. This news is extremely disturbing and disappointing. Therefore we will be moving all our horses from Jason Servis as soon as arrangements can be made with other trainers. Maximum Security will be sent to Bob Baffert.”

A complicated scheme of manufacture, administration and masking

Among the banned drugs named in the alleged scheme is SGF-1000, which builds cellular and bodily mass, and Erythropoietin, or EPO, which is normally produced in the kidneys and produces oxygen-carrying red blood cells, increasing endurance.

Echoing the death of Battle Of Midway, Navarro is mentioned in the indictment as administering “various” adulterated and misbranded PEDs, including one referred to by Navarro only as “monkey” to Champion sprinter XY Jet in 2019 during his run up and on race day to victory in the 2019 Dubai Golden Shaheen on Dubai World Cup Day. That race offered a purse of $2.5 million, with $1.5 million to the winner.

The drug in question was said to be undetectable by conventional testing methods. It was known to increase both heart and respiratory rates.

XY Jet died of an apparent heart attack on January 8, 2020 following a morning training run, according to a press release from Navarro’s barn.

The indictment further alleges Maximum Security received SGF-1000 before his second-place finish in the Pegasus Stakes at Monmouth Park NJ.

Even after that race, jockey Mike Smith on runner up Midnight Bisou was suspended a total of 11 days for multiple infractions, including excessive use of the whip, and fined 60% of his winnings, approximately $210,000. Irad Ortiz Jr. on fourth-place finisher Mucho Gusto was suspended eight days and given a 10% purse reduction for exceeding the 10-stroke use of whip rule in Saudi Arabia. They have appealed the rulings, which are being upheld in the U.S.

There was no word when legal proceedings would commence, nor of the penalties that would be sought by prosecutors, which could include extensive fines, prison terms, and suspensions or outright banning by racing authorities, certainly in New York, but perhaps in all of the separate racing jurisdictions in the United States.

There was no immediate reaction from racing officials in the UAE.

One possible positive result will be increased attention to and enactment of The Horseracing Integrity Act, HR 1820, currently in Committee in the House of Representatives. The Act would centralize control of drugs by establishing The Horseracing Anti-doping and Medication Control Authority for a period of five years after which time control of those practices could be ceded back to any of the 38 jurisdictions desiring that authority.

The Act was previously introduced, but failed to make it out of Committee due to opposition from representatives of some racing jurisdictions.

Racing fans, outraged by information contained in the indictment, may see this as a watershed moment for their sport’s beloved athletes. Bettors, equally outraged, may have suffered financial harm due to the scheme.

Perhaps justice to the participants alleged of offenses in the indictment and more centralized control of substances will free racing from the cloud that hangs over it and threatens its continued future, if not existence.

Thoroughbred racing may be facing its “come to Jesus” moment, one that can bind both horse fans and horse bettors, two groups notoriously at odds with each other.

For racing fans, this would ensure the death of XY Jet and the continued abuse and possible deaths of other horses will not have been without purpose.

For bettors, a more fair playing ground may result.

Perhaps both groups will come to recognize and acknowledge the real victims are the horses.