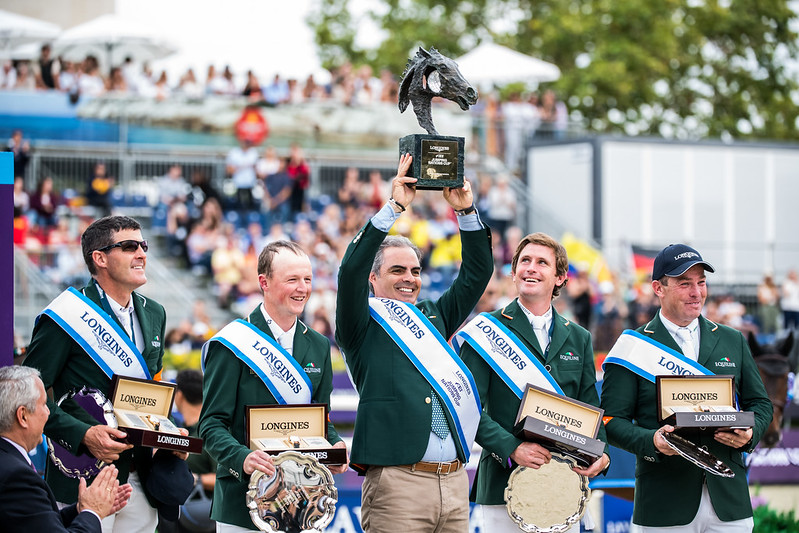 Today, the Olympic, World Cup and World Champion announced he is leaving the position and returning to his riding roots.

During Pessoa’s tenure as high performance manager, Ireland has achieved a string of international team successes highlighted by team gold medals at the 2017 European Championships and the 2019 Nations Cup Final as well as long eluded Olympic qualification. Tokyo 2020 will be their first team appearance at a Games in 16 years.

As I close this adventure as high performance manager of the Irish team, I have a feeling of fulfillment in having accomplished my initial mission with them. The qualification for the 2020 Olympic Games was our target and we reached it together as a wide but united squad. On the road to that qualification we picked up a European title that had eluded us for over 15 years. I am very proud to say that we used more than 30 Irish riders in Nations Cup over the last three years. That is something that not many countries can say they have done. Ireland is a nation with vast pool of talented international riders, and I am proud to have worked with them during my tenure.

I was consistently impressed with what it meant to them all to wear the green jacket and represent Ireland. Along the way we have experienced peaks and valleys. But all the while, motivation grew stronger and stronger. Those difficult times make you appreciate and strive for the good times even more.

I cannot close this chapter without thanking James Kennedy for giving me this opportunity in the first place. I would also like to thank the high performance committee, Gerry Mullins, Taylor Vard and Micheal Blake for there ever present support. Micheal Blake has not only been a valuable member of this committee but also my assistant, his relentless enthusiasm was infectious and I will always consider him a close ally. The interior staff at HSI and specifically Triona, Debby and Sophie for always supporting us from a far.

I am not sure at this time who my successor will be but I genuinely wish them all the luck in the world and I will remain a steadfast supporter of team Ireland.

I will now turn my attention back to my family, my business and my own riding.

Pessoa’s “New Chapter” announcement is preceded immediately on his website by “Meet Quality FZ,” a post profiling the newest Grand Prix horse in his string. The 10-year-old gelding was previously campaigned by USA’s Spencer Smith and has moved up to 5* level this year with Pessoa. Let the Olympic bid speculation begin!