It Takes a Village, 52 Horses, and Eduardo Menezes 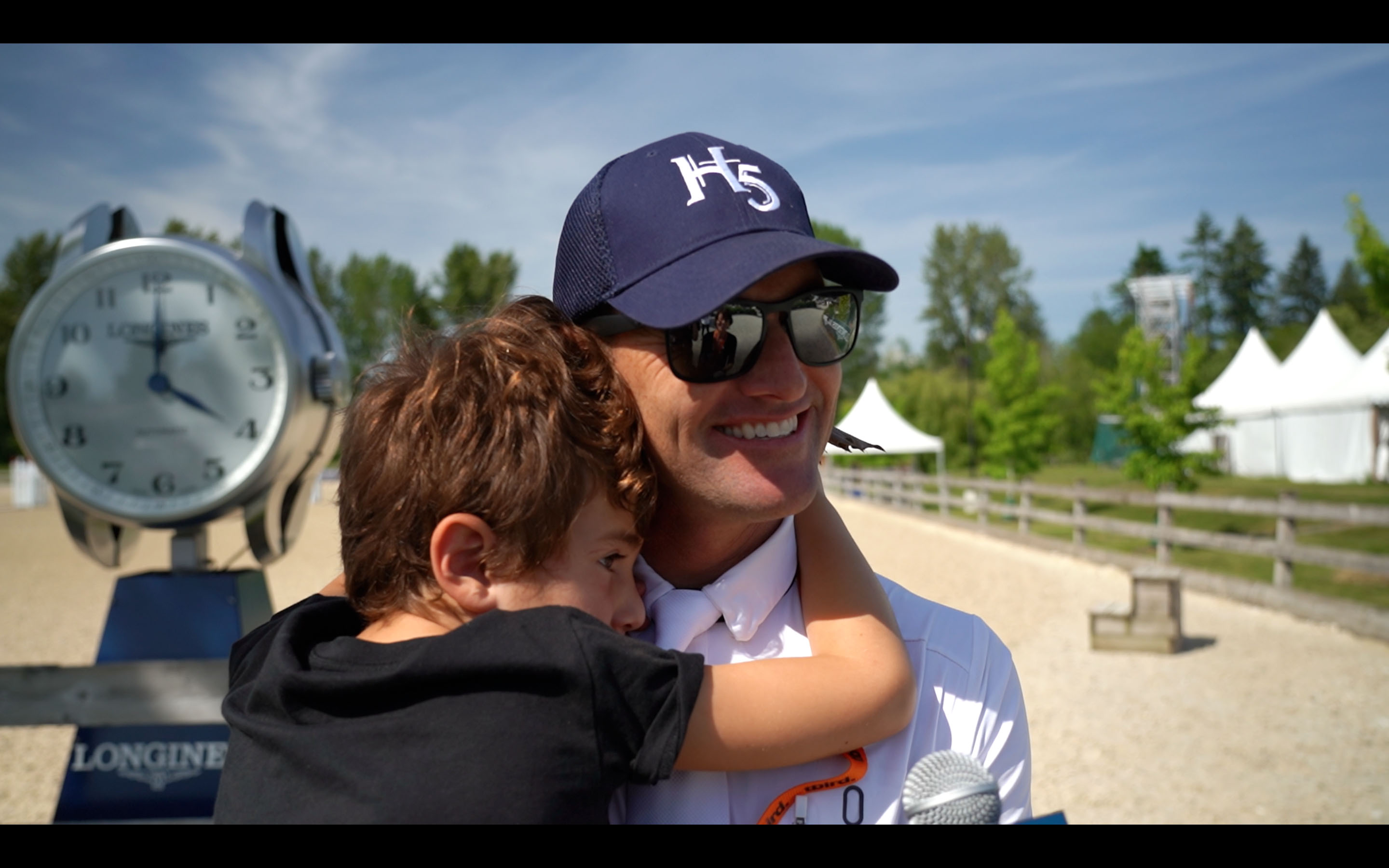 Winning, as a rule, most always feels good. But Eduardo Menezes had an extra reason to celebrate on Saturday at Thunderbird Show Park.

The Brazilian Olympian won the $36,500 CSI2* Jump for Uryadi’s Village Grand Prix aboard Ennebel van het Posthujis, a class that benefited the non-profit.

Each time the first fence—the Uryadi’s Village jump—was cleared, a pledge was made to the organization. An anonymous Canadian donor also agreed to match donations up to $50,000. By day’s end, a record $106,619 was raised to support the efforts of Uryadi’s Village to aid vulnerable children and their extended families in Ethiopia.

For class winner Menezes, it’s a cause that’s close to his heart.

He and wife Leticia are long-time Uryadi’s Village sponsors and have two special needs children of their own.

“My son Matteo, my little one, has Down Syndrome, and I mean what [Uryadi’s founder Jennifer Fill-Crooks] does is just unbelievable. It’s breathtaking,” said Menezes, who also has a five year old son, Luca, who is on the autism spectrum. “I can’t talk to her without getting emotional.

“We were involved as soon as we knew about it. We love the program. For me, it’s an opportunity. I think that Jennifer and [her husband], they’re just not ordinary people. They are different from anyone else that I know,” said Menezes.

A total of 52 horses challenged the Peter Holmes track, 13 of which returned to jump-off. The lineup brimmed with talent, and one would expect a win to require military-level strategizing. Menezes, though, had a simple plan for himself and the 10-year-old mare:

“I think with the amount of horses and the quality of the riders you have to focus on yourself and your horse, and try to go as fast as you can while leaving the fences up,” said Menezes.

“So my strategy was to focus on my job and forget who was next and fortunately it worked out today.”

Ennebel van het Posthujis is a new partner for Menezes. The mare had no experience at the top level when he took over the ride. He’s now just beginning to move her up into the international divisions.

“For my special horse it was a good jump-off because it had options for turns and the strides were good enough for her to reach,” Menezes explained. “I really sliced number three the vertical and that gave me the angle to go one stride less to the following oxer, so I did eight.

“And then I took care of that double because before me everybody was kind of having trouble there so I just opened one more step…I had nine steps really forward to the last one and I tried to reach and fortunately I could,” he said.

He credits son Luca, too, for helping to pull of the win.

“He’s starting to ride with daddy, and he actually rode Ennebel with me on Monday, so I think he was the one that gave the good workout. Yes, he did,” he laughed.