Babel Is a Workhorse in the Best Possible Way 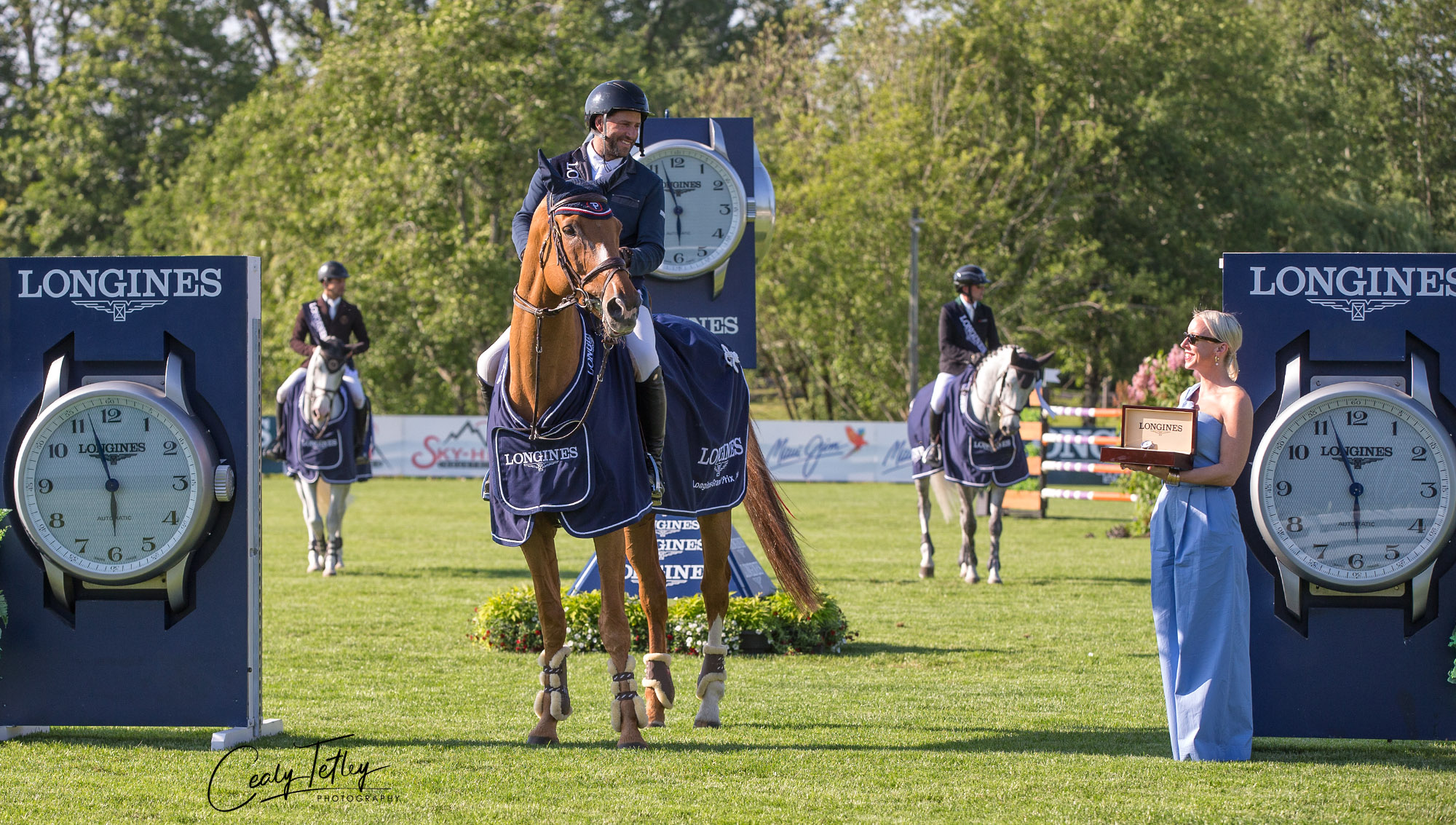 Patricio Pasquel’s Babel is not a fancy jumper.

“He does his job. When he was a young horse he never gave us anything to brag about, but he always did his job,” said the Mexican rider.

But, here’s the thing, he did that job rather well.

The homebred horse, one Pasquel seriously considered selling at age three, was Five Year Old Champion of Mexico. The next year he captured the Six Year Old Champion title. And the following year the Seven Year Old one as well.

And it wasn’t just in Mexico.

At ten, the chestnut gelding captured his first 5* Grand Prix and last year, in Europe, the now 12-year-old won a CSI5* competition at Dinard and jumped double clear in the CSIO5* Nations Cup at the famed Dublin horse show, helping Mexico to a history making victory.

On Friday, at Thunderbird Show Park, the seasoned winners captured the second 5* grand prix of their considerable career, taking the CSIO5* $235,000 Longines Grand Prix in Langley, BC.

“He’s naturally a fast horse,” said the 47-year-old rider, “so I know if I go the right pace and he does his job, he’s really difficult to beat. I didn’t open him up. I just did my job and he was fast enough.”

In true workhorse fashion though, Babel is not one to stand on ceremony or frilly adornments. The gelding flat out refuses to wear bandages.

“He’s a very nice horse in the barn. He loves to play. He likes carrots. [But] he’s a funny horse,” continued Pasquel. “We never put bandages on the horse because he eats them, so he has never had a bandage in his life!” laughed Pasquel.

He’s never one to shy away from a spook, though.

“He can be a bit spooky. It’s amazing after all these years, he’s still spooky to everything and that’s what makes him special I think,” continued the World Equestrian Games veteran.

Keep up with all of the 2* and 5* action in the Fort Grand Prix Ring at Thunderbird Show Park on HN LIVE! Tune in on Sunday, June 2nd at 2:00pm PT for the Longines FEI Jumping Nations Cup™ of Canada live on tbird TV (Canada broadcast) and FEI TV(international broadcast).