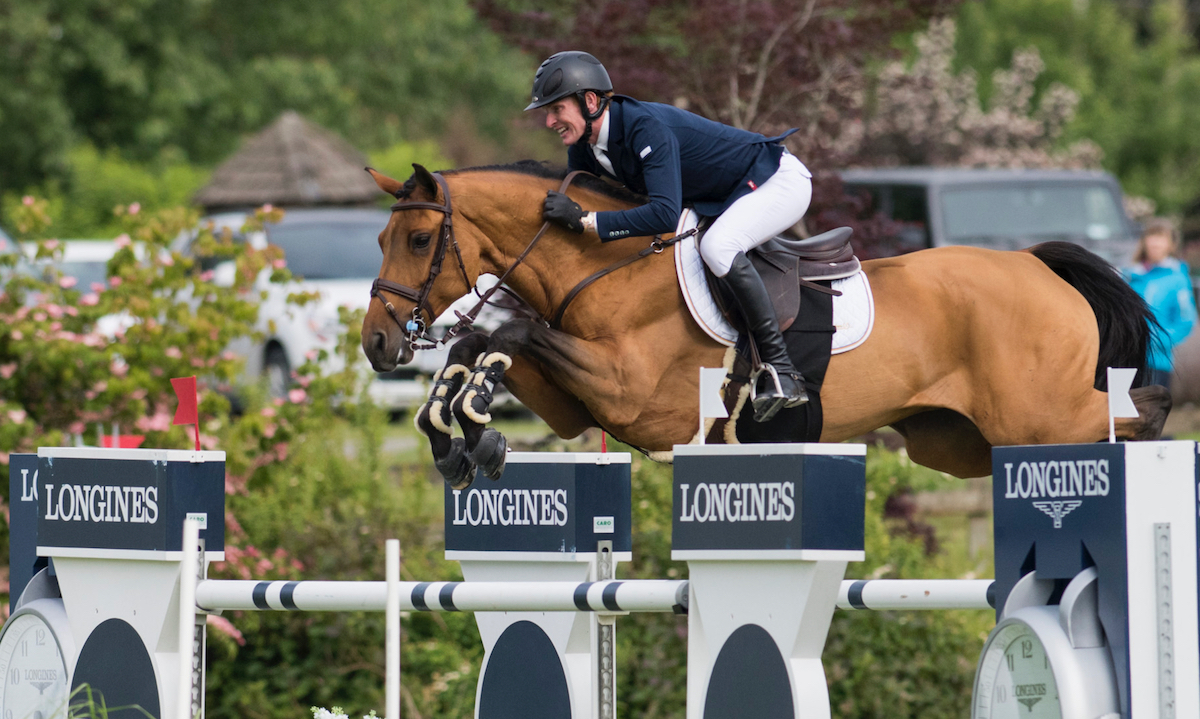 It’s been a season of captivating finales for fandoms everywhere.

Avengers: Engame inspired superhero enthusiasts to turn our Facebook feed into a digital Marvel obituary. Game of Thrones fans have employed door-to-Hodor tactics to push a petition for a Season 8 rewrite. And of course, no restaurant bar is safe from the passions of screaming hockey fans in pursuit of the only cup more sought after than the Holy Grail.

But at last, it’s our turn.

So prepare your twitter accounts and lay claim to the living room. The final curtain call of the 2019 North and Central America and Caribbean division is this weekend at Thunderbird Show Park with the $400,000 Longines FEI Jumping Nations Cup™ of Canada. It’s the last chance for teams from Canada, the United States and Mexico to earn qualifying points for the Final in Barcelona, Spain, in October.

The five teams comprised of an A-List cast of human and equine athletes alike are set to contest the CSIO5* class at tbird this week. Here’s what you need to know:

The developing team has spent the 2019 series successfully trading in their underdog status. Leading the division with 200 points after double-decker victories in Wellington, FL, in February and then on home turf in Coapexpan, Mexico, in May, it’s safe to say the team is headed into Langley as fan favorites. With chef d’equipe Stanny van Paesschen (BEL) in the directors chair, he’s put together a third different team this year.

Manuel Gonzalez Dufrane is the fresh face on the Nations Cup stage, but he is on the fast-track to becoming a veteran as the only rider who competed on both Wellington and Coapexpan teams, which also happen to be his first ever Nations Cup appearances. With Mexico on a hot streak it’s possible the 25-year-old will be able to maintain an unblemished record. Salvador Oñate was also a chosen rider in Coapexpan.

Francisco Pasquel is partial to the Langley venue, where three years ago he helped Mexico win their first 5* Nations Cup outside of their home country alongside Juan Jose Zendejas Salgado, who is also on the team this time around. Olympian Nicolas Pizzaro will round off the Mexican crew.

However, Robert Ridland is writing a different script for Team USA

While Mexico might have their pens in hand and the blank pages of the show jumping history books at the open, it’s common knowledge that the Team USA chef d’equipe isn’t a fan of losing, and it ain’t over til’ it’s over.

Coming in with a respectable 170 points after a third place finish in Wellington and a second in Mexico, Ridland has cast Lucy Deslauriers, Eve Jobs, Jenni Martin McAllister, Richard Spooner and Andrew Welles to supporting roles at tbird. Deslauriers competed for Team USA in Wellington, while Jobs rode in Mexico.

To win or not to win, that is Canada’s question

With 140 points, Canada is third in the standings, having finished fifth and third in the first two legs, which means the hometown team needs a victory in order to secure a spot in the Final in Barcelona. They also need the American’s to have a really bad day. Luckily, Tiffany Foster and Mario Deslauriers won’t have any difficulty getting into character, as veterans of the Canadian Nations Cup team they’ve had plenty of practice pulling out clear rounds when the chips are down.

The Irish are looking for a sequel

They’re not competing for points, but they have a title to defend and Conor Swail, who has basically achieved hero status in this show jumping story as tbird’s winningest rider. (He’s has amassed more than $300,000 in prize money in Langley since 2016.) Co-starring with Swail is Daniel Coyle, who made his Nations Cup debut for the Irish team at tbird three years ago, posting two rail-free rounds, and came back to win both it and the CSIO5* Longines Grand Prix in 2018. His speedy brother Jordan will also ride for Ireland this week along with tbird first-timers Jonathan Corrigan and Cormac Hanley.

The stage is set for Israel’s Canadian Nations Cup debut

As the newest nation to join the international cast, Team Israel’s storyline continues to unfold as the team prepares to contest its first ever Canadian Nations Cup. In Act One, staged in Wellington this winter past, they finished second in their first Nations Cup outside of a championship. With the top-notch lineup of cousins Daniel and Steven Bluma (the first hot off a win in Rome), Saree Solanki Gordon, and Alberto Michan, they’ll be looking for an encore atop the podium.

Tune in on Sunday, June 2nd at 2:00pm on tbird TV (Canada broadcast) and FEI TV (international broadcast) to see how this season finale ends.

Keep up with all of the 2* and 5* action in the Fort Grand Prix Ring at Thunderbird Show Park on HN LIVE!