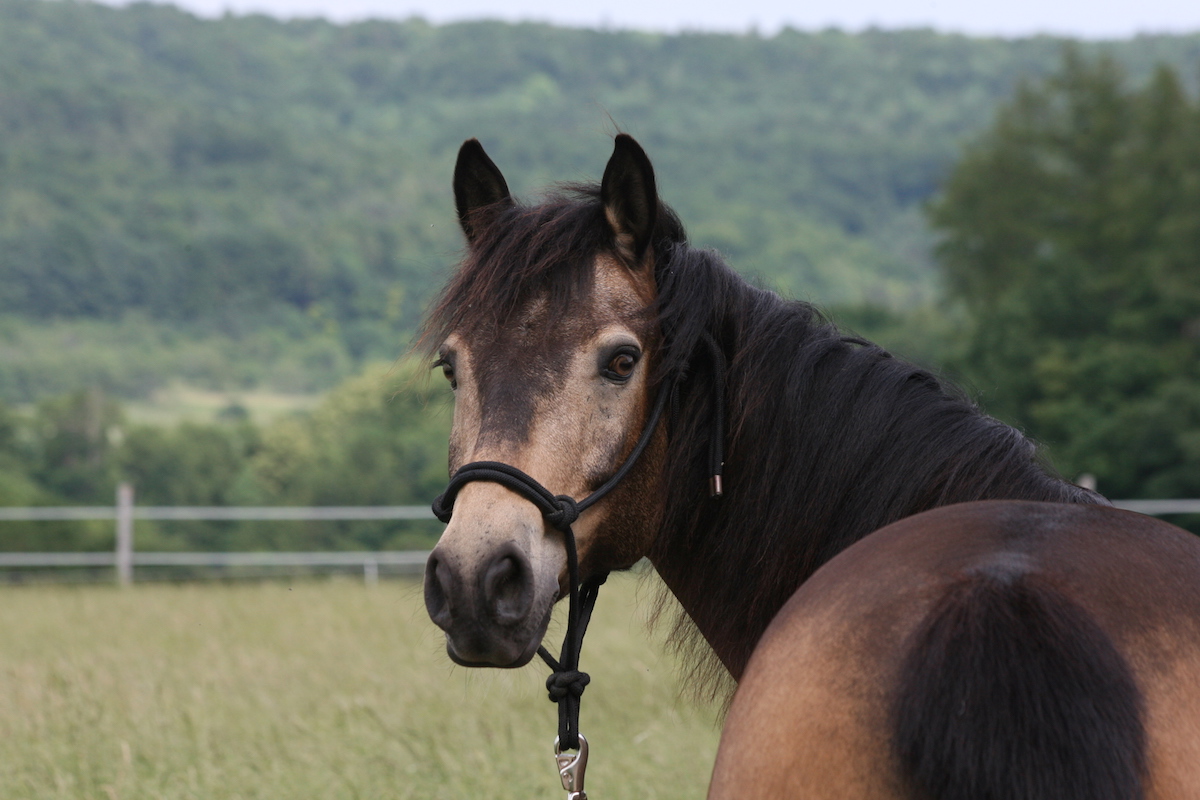 Some events so fundamentally alter your life that everything is forever changed—from the way you think to the way you ride. Monday, February 4th, was one of those events.

The day started as any normal one would.

I taught two lessons, schooled my own three horses, picked up a few things at the grocery store, came home and had dinner with my husband, Andrei.

Then, sometime after midnight, he awoke to the sound of me gasping for air. Thinking I’d had a nightmare, he had tried to wake me.

When I finally came to, I didn’t recognize him. I didn’t know my own name.

“Claire, how many horses do you own?”

My answer: “Not enough.”

What I do remember about that night is Andrei standing in front of the bed, fully dressed, telling me we were going to the hospital. My pants were already on. He kept asking what shirt I wanted to wear. I put on a jacket instead.

When we walked outside, I started laughing.

I don’t remember exactly what time it was when the neurologist told me I’d had a seizure. He said I’d bitten both sides of my tongue, which is a telltale sign. He also said it was the reason I was having trouble holding my head up, that my head was pounding and I felt nauseous.

Then I remember hearing the words, “You cannot drive.”

“It is the law in Florida; you must be seizure-free for six months,” the doctor explained. “You cannot go swimming. If you have a seizure, you could drown. You have to take it easy. You cannot over-exert yourself or you could cause another seizure.”

When I was released three days later, I was given two prescriptions. One for Keppra to prevent seizures, and another for Oxycontin for pain. I refused the second one, but I wasn’t prepared for lay ahead.

At home, I couldn’t sit or stand upright for more than ten minutes without excruciating head pain. After the lumbar puncture and having spinal fluid taken, the nurses told me I would have headaches for a few days and would need to remain flat to prevent them. They didn’t say I’d have trouble walking, feel dizzy most of the time, and feel like I didn’t know where my body parts were.

The years I had spent training and showing jumpers, starting babies and fixing problems horses now seemed like a distant memory. I couldn’t even walk to the store a half mile from my house.

I told Andrei I wanted to go to the barn. I didn’t care how much my head hurt, or that I couldn’t walk straight. I just wanted to see my horses.

That day, at the barn, I remembered the promise I’d made to each of my horses when I bought them as babies: I will take care of you, and I will be by your side come what may.

As I walked Vegas, my three-year old Saddlebred, out of his stall, stumbled, and grabbed his neck for balance, I wondered if I could keep that promise.

Each day I got a little stronger. I could stand up for longer lengths of time without my head pounding. I started to feel a little less dizzy. I wasn’t slurring my words as much.

The following Saturday, 12 days after my seizure, I told Andrei I wanted to ride again. He agreed and as I tentatively led Vegas out to the arena, he whispered in his ear, “Take care of Mom.”

Vegas has been a fabulous baby from the day he arrived. A rescue from New Holland, I always thought he expressed his gratitude through his kindness, trainability, and affection. (My six-year-old Anthem, in comparison, is very hot. Salut, my seven-year old, is very well schooled but, after not working, can be spooky and a bit distracted.) Vegas is, by far, the easiest horse in my string and that day was no different.

For me though, everything was different. For the first time in my life, I felt like I had no control of my body while on a horse. I was posting on the wrong diagonal. More than once, I was caught behind the motion. I felt floppy, loose in the tack, as if I was drunk.

All I could do was put my hands down, drop my legs, and simply try to follow Vegas’s motion—simply try to stay out of my horse’s way.

That’s when everything changed.

I do not know if Vegas sensed that I was only able to sit passively on his back, or if all of the tension I had unknowingly been carrying was finally gone, but he started carrying me. His hips started swinging more and with every stride, he was pushing more forward. The more we went, the looser he became. His neck got longer and eventually his nose was on the ground. His already suspended trot became even more suspended.

In that moment, my thoughts about how to ride—how to position my body, how to keep the horse straight, how to keep him engaged—were replaced with the feeling of simply loving to ride.

And I couldn’t help but feel gratitude.

For on this day, I could see riding anew; for what it is—a beautiful dance between a two bodies. And the more I let go, the more wonderful the dance became.

A lifelong equestrian, Claire Nana’s competitive accomplishments include top placings at the many major competitions including HITS. Turning to dressage four years ago, Claire has showed up through Prix St George with scores between 65 and 75%. Claire is also a Licensed Marriage and Family Therapist who specializes in post-traumatic growth, optimal performance, and wellness, and is the author of, On The Back Of A Horse: Harnessing the Healing Power of the Human-Equine Bond, Leverage: The Science of Turning Setbacks into Springboards, and pens the popular blog on Psychcentral, Leveraging Adversity. 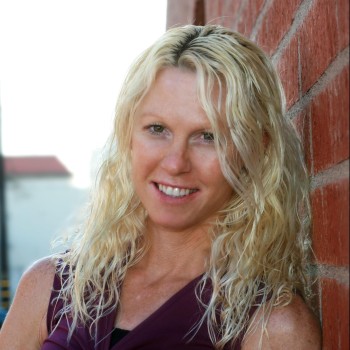