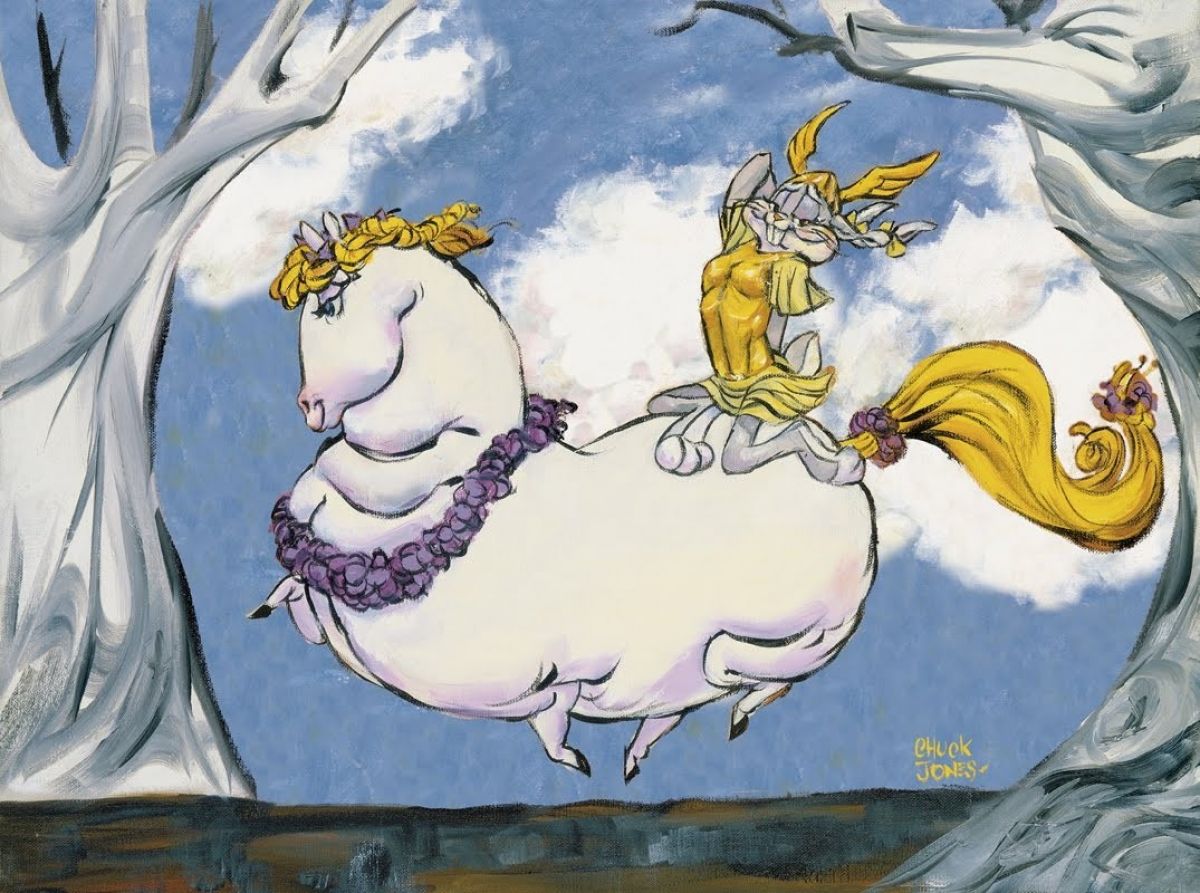 I hesitate to say this, but your horse may be fat.

Please don’t take this personally. I’m not saying that you are fat. And I’m not trying to insult your horse. I’m just worried about him.

Anyone who has a cook in the family knows that a time-honored way to express affection for something is to feed it. That’s why there’s a whole grocery store aisle that’s devoted to chewy treats, and crunchy biscuits, and yummy beef-flavored nuggets for your dog and your cat. That’s why your grandma always beamed when you ate an extra piece of her chocolate cake (or banana cream pie, or whatever). If you like something, you feed it. It’s an unwritten—but time-honored—rule. 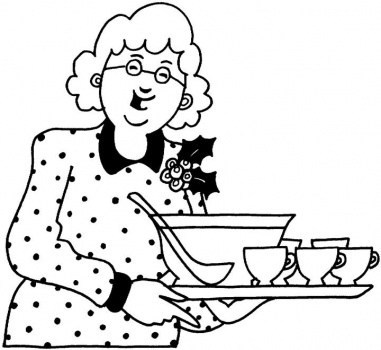 Anyone who has a horse knows that horses like to eat. In fact, there’s a phrase you might have heard to describe a voracious appetite: “Eating Like a Horse.” Horses not only large amounts of food, but they also like to eat all of the time. In the wild, horses will eat in 23 of the 24 hours in a day (why they take an hour off, I can’t say). So, when it comes to expressing your affection, and you want to do your expressing with something to eat, you’ve got a ready taker if you’ve got a horse.

If you haven’t noticed, horses are also not particularly concerned about their appearance. That’s one reason why, after you’ve spent an hour grooming, and brushing, and braiding, and polishing, your horse will reward your efforts by finding some place to go roll in the dirt. That’s also one reason why you can dress them up in any number of delightfully cute outfits, color their hooves, or braid their manes in colorful ribbons, and they’ll still come out of the stall. There is no such thing as equine peer pressure. 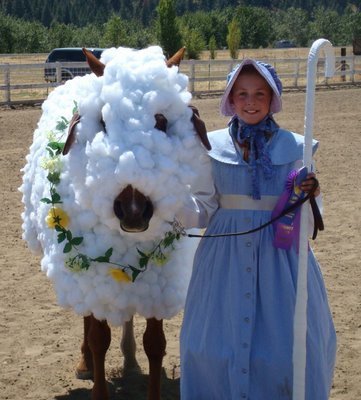 As such, horses are also not particularly concerned about their weight—no horses are asking to sign up for Weight Watchers®, as far as I know. When it comes to horses, and eating, the only real issues are, 1) When can they eat, and, 2) How much they can eat. We should all have such worries.

Hopefully this hasn’t happened to you, but when the only thing that you’re concerned about is how much you can eat, and when, well, there are consequences. In people, the consequences are pretty well known. One example of such a consequence might be something like no longer being able to see your feet. 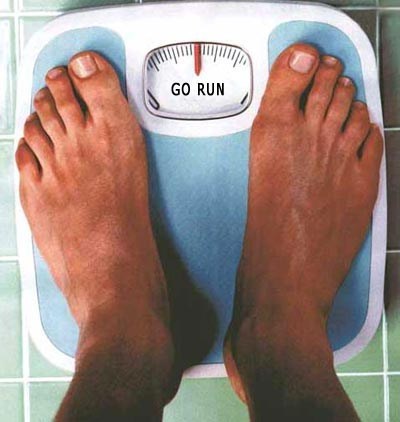 These sorts of concerns are trivial to horses, of course. Nevertheless, for horses, obesity carries with it a whole bunch of other problems.

Here are a few.

Fat covers the horse’s body (under the skin) like a blanket, in the same way that seals and walruses have blubber layers. Because of this, fat horses have an extra hard time getting rid of body heat (horses have a hard time getting rid of heat anyway—lots of reasons for this, which is one reason why most horses don’t need to be blanketed). While a bit of a fat layer may not be such a problem if the horse lives in Uzbekistan in the winter (or South Dakota) or if you’re planning on taking him swimming in the North Sea, in the summer, when the outside temperature rises, extra fat causes a horse to have trouble losing body heat.

FAT HORSE STORY: I was officiating at a Paso Fino Horse Show a number of years ago. If you haven’t seen these mostly delightful horses—who are one of the breeds that have a natural gait—people who show them insist on covering them up with saddles that appear to have enough leather in them to cover even the largest home sofa ensemble. Plus, his trainer had apparently not missed a meal since the Truman Administration.* And the poor little horse had a fat layer that would have made a blue whale proud. And it was August in California. Really, it was a perfect storm. 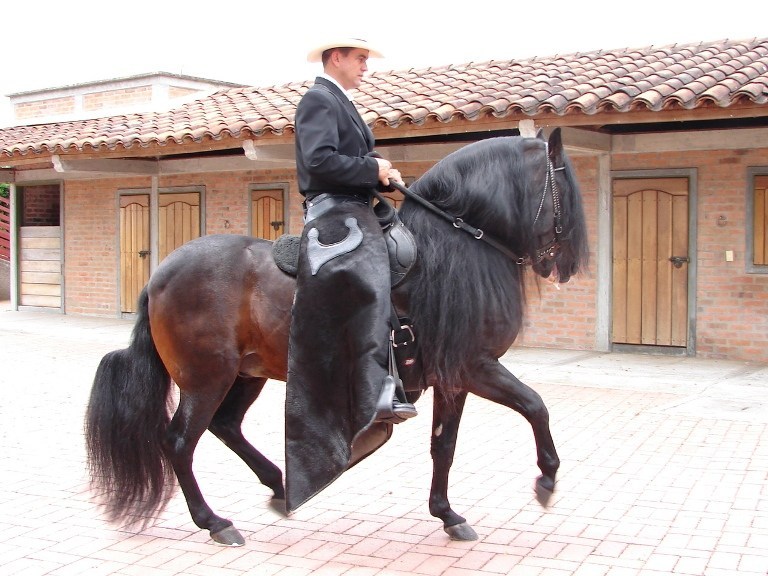 Anyway, I got an emergency call because this poor little sausage finally had had enough, and just laid down. Right in the middle of the warm-up arena. Everyone was concerned that something was seriously wrong, but the real problems were that 1) He was fat, 2) It was hot, 3) There was no part of his body that wasn’t covered in leather, 4) His trainer was almost as large as he was, and 5) The cinch was so tight that he could hardly breathe.

Anyway, once I popped the cinch, took off the saddle, and threw some water on the poor thing, he jumped up, and took off. Really, who could blame him? But it was all so avoidable…

Things can get worse for fat horses in the heat. Obese Oldenburgers, for example, working hard in the heat outside can get into some pretty serious metabolic trouble, such as from heat stroke. There’s nothing wrong with seeing a rib in a horse, you know.

Ever see a massive marathon runner? How ’bout a pudgy pole vaulter? A hefty hurdler? Get my alliterative point? Horses are supposed to be athletes, and athletes are supposed to be in shape. In addition to overheating, if you keep your horse too fat, he’s going to be at a disadvantage when it comes to competing (assuming you like to compete). Toting around extra pounds slows your horse down. It makes it harder for jumpers to get off the ground. For dressage horses, suspension becomes a cruel dream. Barrel horses take wide paths around the barrels because, well, there’s no other way. Extra weight is hard on joints, too. There’s a reason that sprinters don’t look like shot putters, you know. Keep your horse fit, not fat.

Laminitis (also called “founder” in some circles) can be an awful condition to deal with that, in its worst forms, can result in permanent lameness, or even death. While no one is exactly sure what causes it, just about everyone agrees that fat horses are at special risk to develop the problem.

PART ONE: How to tell if your horse is fat

You should be able to feel your horse’s ribs easily, but not see them (much). Really athletic horses, like racehorses, or really athletic people, usually have their ribs showing. To my knowledge, no one—especially those of the female persuasion—complains about seeing the ribs of a human athlete. Not so, when it comes to horses.** 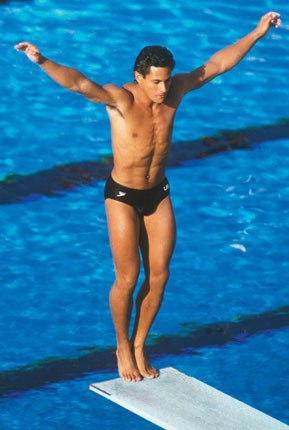 But, seriously, if you can’t tighten your cinch without a winch, if you feel like you’re doing the splits every time you get in the saddle, or if you can’t pick up your horse’s feet because they are just too heavy, there’s a good chance that your horse might need to go on a diet.

Keep your horse at a good weight. He’ll feel better, live longer, and be healthier overall. Feed less, and you’ll save money, too. Everyone wins!

** If you are really into knowing how svelte (or not) your horse is, CLICK HERE to check out information about body condition scoring of horses. 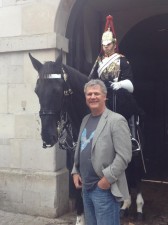