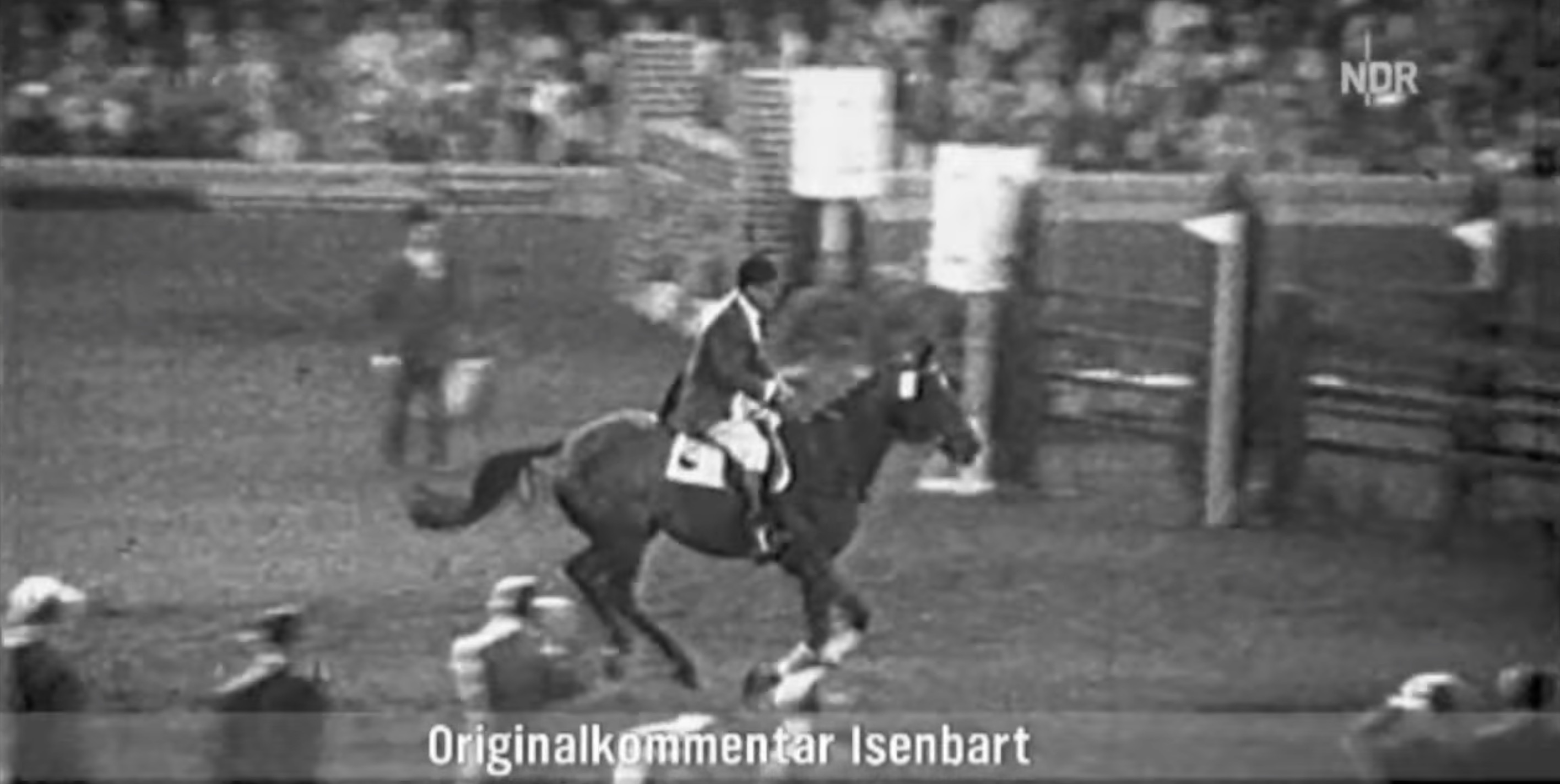 But none were so hard earned as the pair he collected in his Olympic debut at the 1956 Olympic Games in Stockholm, Sweden.

The World Champion with Halla in both 1954 and 1955, Winkler was a heavy favorite heading into the 1956 Olympic Games. Alas, an early injury put their medal hopes in jeopardy.

In the first round, Winkler pulled a groin muscle at the penultimate fence after his mare took off early and threw him out of position. With the German team relying on his performance (they’d be eliminated without him), the German persevered, despite the pain, in the second round, helping to secure the team gold.

Given only black coffee to help reduce his dizziness and double-vision (any pain-relieving drugs would also reduce his mental acuity), he returned in the third round to jump clear and captured the individual gold as well, a medal largely attributed to the great Halla!