Odds in their Favor: Expert Picks for the Longines FEI World Cup™ Thermal 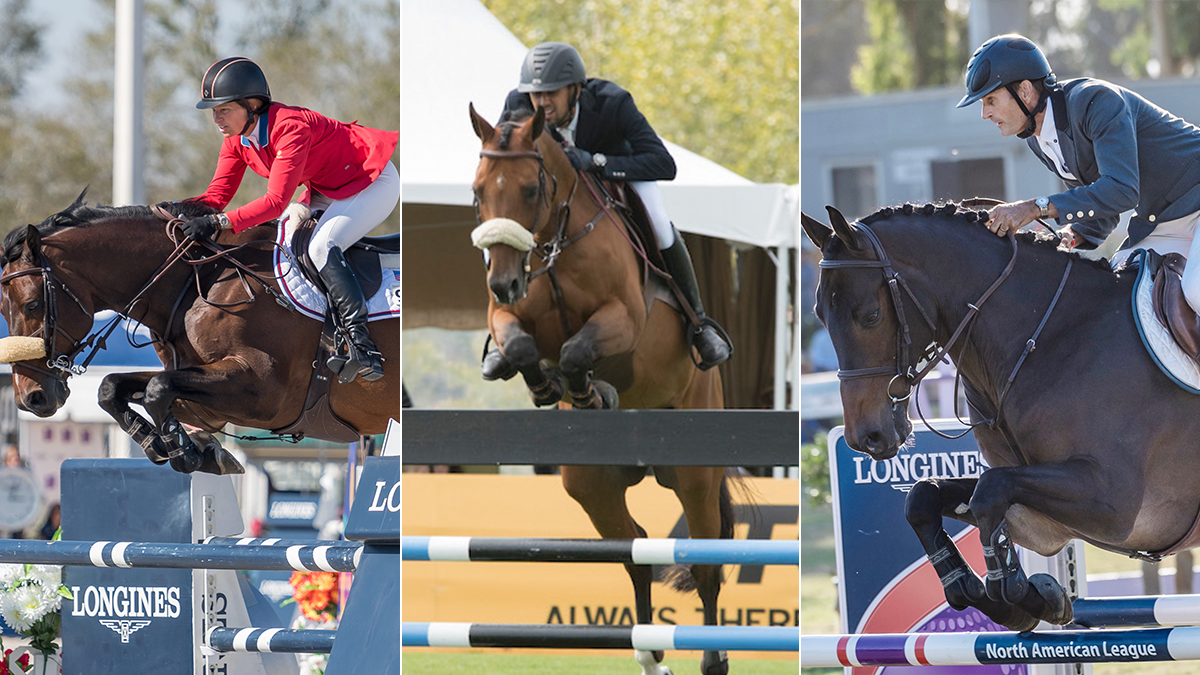 Who will win the Longines FEI World Cup™ Jumping Thermal? We called in equestrian sport scientist, Dr. Tim Worden, to pick his top three contenders. Dr. Worden has a PhD in biomechanics from the University of Guelph, Canada and specializes in the translation of human high-performance training theory and techniques to equestrian athletes. He, like, knows stuff.

Thermal, California is this week’s stop on the North American League calendar. It’s the third week in a row of thrilling Longines FEI World Cup™ Jumping competition here on North American soil, and it got off to a great start with 14 horses and riders forming an interesting jump off in yesterday’s qualifying class at HITS Desert Horse Park.

Ultimately, the top placings were two pairings that have “been there-done that.” Beezie Madden (USA) and Breitling LS put in two smooth rounds to cruise to the win, showing that they still have more in the tank. Nayel Nassar (EGY) and Lordan also completed an efficient round to pick up second place and position themselves nicely for this weekend’s World Cup class.

Thirty-three horse and rider combinations competed on Thursday, but with seven of the riders having two rides, the field will be significantly smaller on Saturday. Course designer Alan Wade built a relatively inviting course, resulting in 14 clears, but look for a more challenging course this weekend that will really put the field to the test and produce some great show jumping!

If Madden and Breitling don’t go double clear in Saturday’s class it will be a major upset. Last time I saw them in person (Toronto, Canada) the pair did not have a rail all week, and the qualifying class demonstrates they are still on form after a three months hiatus from FEI competition.

The 12-year-old stallion has put in 13 clear rounds in FEI ranking classes across the world since July of last year, and the partnership has the experience and talent to handle any challenge Wade throws at them. Furthermore, the pair looked very comfortable in California, putting in two seemingly easy rounds to win the class. Because Madden has made the effort to travel to the West Coast this week, it’s a given she feels confident that she has a strong chance to succeed. 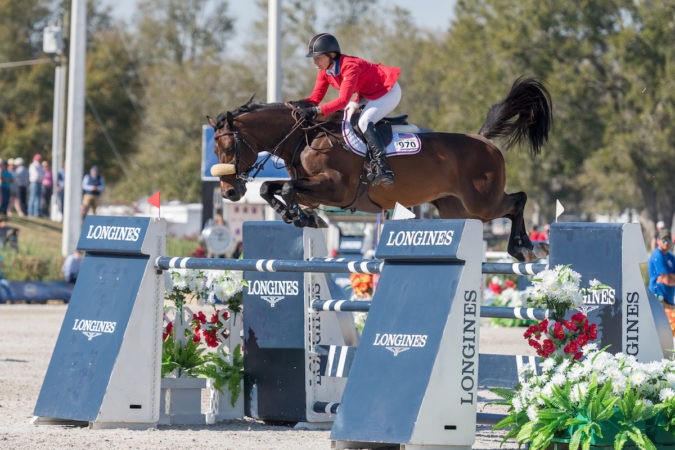 Strengths: When I look at what separates this pair from the rest of the field, it’s their experience. Madden and Breitling have been together almost five years and have travelled the globe jumping some of the world’s biggest tracks. He’s an exceptionally consistent horse at this level (just check out his FEI results!), and is calculated with his jumping to answer each question on course. Madden is a fantastic rider who puts Breitling in the best positions to jump clean. If you re-watch Thursday’s class, you will be impressed with how easy it seemed—there were no points on the course where I felt their clear round was in jeopardy.

Weaknesses: Despite how strong and consistent this pair has been, they have had four fault rounds in two out of three World Cup classes this season. Of course, a couple of four-fault classes is not enough to panic over, but it is something to consider. Last time I chose this pair in my picks (after they won the qualifying class in Washington), they had an unfortunate rail and finished outside the top 10 in that week’s World Cup class. But given how dominant the pair looked yesterday, I expect them to cruise into the jump off on Saturday with a smooth and effortless looking first round.

Two weeks ago I was kicking myself for not trusting my gut and selecting Eric Navet (FRA) and Catypso higher in my picks. In Guadalajara, they finished fourth and looked great, and, for a few reasons I will highlight below, I think this duo are definite contenders on Saturday. In Thursday’s qualifying class the pair finished 24th on seven faults, and even though they finished in the bottom half of the class, I feel as though it is all part of Navet’s “master plan.” The rail came at an oxer-vertical double combination, with Catypso having the back rail of the oxer, plus an additional three time faults. Look for the strong performance in World Cup classes by this partnership to continue this week! 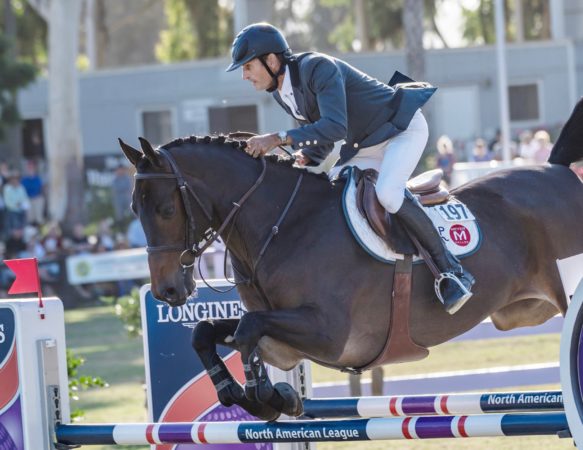 Strengths: Eric Navet—enough said. When you watch Saturday, pay attention to how methodical and in control he seems in his riding. Catypso seems to really listen to Navet and the horse’s movements seem to be in perfect synchrony with what his rider is asking of him. On top of that, Catypso is patient and methodical in his jumping and has the power to jump the bigger obstacles on course. The pair competed in the World Cup Final in Omaha last season, so it’s clear they have all of the ability needed to make a push to Paris.

Weaknesses: Obviously finishing 24th in yesterday’s class on a seven-fault performance could be thought of as a red flag. However, consider this: of the five World Cup classes the pair have competed in this season (with three out of five being top 10 finishes), they have had at least one rail down in four of the Thursday qualifying classes! Another fun fact: in the only Thursday class the pair did go clean in, they followed up with by far their worst World Cup outing (19 faults).

I believe Navet knows exactly what the 11-year-old gelding needs to prepare for the most important class of the week, and that is schooling during the qualifying class. Assuming Navet was able to address all of the small issues during yesterday’s qualifying class (i.e. warm-up class for this pair), they should put in a strong effort to reach the jump off.

Lordan and Nayel will definitely be one of the more experienced pairs in the field on Saturday. They have competed together around the globe and have been together for over seven years. Their last World Cup performance was almost a year ago, but it was a win at the highly competitive Palm Beach Masters in Wellington, Florida. Their second last World Cup, this time in mid-November 2016, was also a clear round. The pair competed in the World Cup final in Omaha last season, and the experience and competition pedigree of this pairing ensure they will be strong contenders on Saturday! 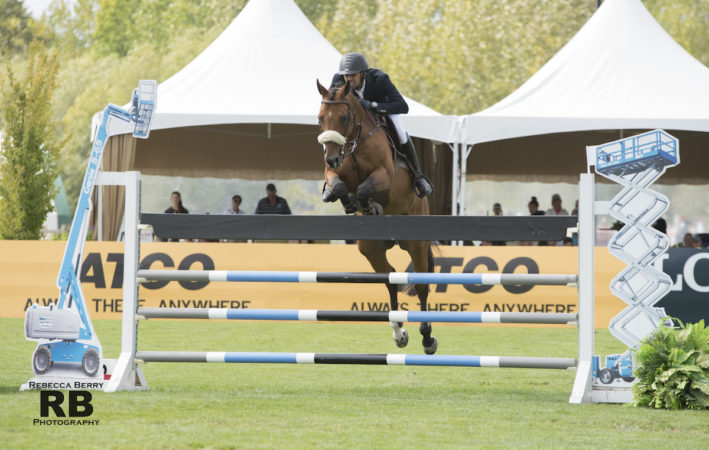 Strengths: One of the most beautiful things to watch in the sport of show jumping is a horse that naturally reads a careful vertical and manipulates its’ body to ensure an optimal jumping trajectory is achieved at takeoff. Lordan did this exceptionally well a few times in Thursday’s qualifier. On Saturday watch for the great power from the front end that reduces Lordan’s momentum so that he can get into a good takeoff position. Additionally, Nassar does a super job with this 14-year-old stallion. Similar to Breitling and Madden, this pair have jumped the biggest tracks in the world against the best riders and this experience will be helpful in answering the challenges on course this week.

Weaknesses: Although Lordan and Nassar have elite level experience, they are not the most consistent pair on the tour. A number of top results against the best in the world are punctuated by a few uncharacteristic multiple-rail rounds or retires. That being said, I am a glass half full kind of guy and based on how well the pair worked together on Thursday, I am looking forward to seeing them finish top three this weekend!

For my wildcard pick I am going with one of Canada’s rising stars, Ali Ramsay and Hermelien VD Hooghoeve. Since partnering in 2015, the pair have been legitimate contenders in each class they enter, and a few top results in 2017 make me believe they are poised for a breakout season in 2018. Ramsay and Hermelien looked great in Thursday’s class going double clear to end up sixth. Further, the combination finished fifth in this class last year on just one time fault, so we know they have the ability to perform well in California.

Strengths: Hermelien and Ramsay are fighters on course. The 11-year-old mare gives 100% effort each time she enters the ring and is very careful. Ramsay has a great partnership with Hermelien and knows exactly how to communicate with her to get the job done. What’s more, Ali is tough on course and never gives up when issues arise, which allows the duo to improvise to work through problems that would cause rails for most other riders and horses. As a longtime student of Jill Henselwood, I know Ramsay has been acquiring the required knowledge from one of Canada’s best coaches, which further strengthens my confidence in her abilities.

Weaknesses: Ramsay and Hermelien are always an exciting pair to watch on course. Although they have had a number of top results lately, the last time they competed in a bigger FEI class (Toronto, Canada) they had an unfortunate 12-fault performance. Going back further through their results, you can find a few more multiple rail rounds that separate their strong performances. Another concern is Hermelien’s style. Although she is fantastic jumping oxers, the mare sometimes under-achieves at verticals on course. This was evident in Toronto a few months ago with three verticals being lowered on course. As long as Ramsay gives the verticals some space on Saturday, I am excited to see them go for the win in the jump off!